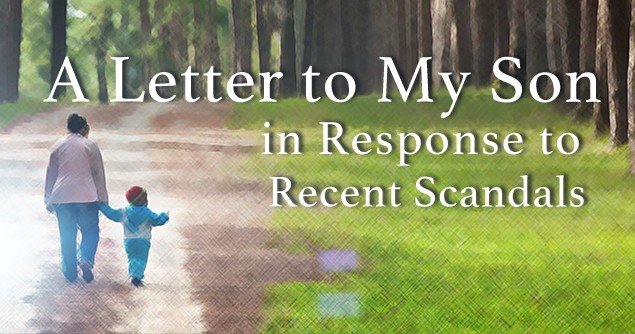 It is hard for me to believe how quickly you are growing up. Just yesterday, I watched as you flew around the house in your superhero cape. You wanted to be a superhero just like the ones you watched on TV. Today, I write this letter to let you know you can be. Not only can you be a superhero to your father and I as we watch you grow into a godly young man, but you can also be a superhero to every woman you choose to date, including your future wife.

Next week, your father is going to take you on a special trip. You will do fun things like ride go-carts together and eat fast food, but in the midst of all of that your father will teach you what it means to be a man. He will explain to you the basics of sex, but he will also explain what a great responsibility that is. He will explain to you that being a man doesn’t mean putting up a banner inviting young women to be dropped off at the door of a fraternity house to be used and abused. It means opening the door for her when you take her out on a date. It means asking for forgiveness when you are wrong and taking responsibility for your actions when you react in a way contrary to the word of God. It means accepting God’s approval of you, not searching for it in competitions as to how many notches on your bedpost you can make. Any man can engage in the act of sex, but a real man knows how to respect himself and others while he waits for it.

You see, television has it all wrong. Cartoons fictionalize superheroes, creating them to be nothing more a figment of your imagination. You grew up believing you could conquer the world, but soon you will watch as the main father figures of today have morphed into bumbling fools who can barely get out of bed in the morning without their wife’s help. The Ward Cleavers of yesteryear have evolved into the Archie Bunker, Al Bundy and Ray Barone’s of today. Men who were once depicted as strong male characters who lovingly provided and sacrificed for their families, soon turned into lazy slobs who run to their mothers when the going gets tough. The Bill Cosby’s who were once the pillars of the American families are now crumbling, being crushed by the weight of sexual promiscuity, lust and perversion. The superheroes, who learned to use their powers to combat the evil in the world, are now becoming the evil, blurring the lines between protecting and preying on the weak.

It doesn’t have to be this way. Maybe Bill Cosby and others didn’t have dads who taught them what it means to be a man, but you do. You can be the leader of a new generation of superheroes, one that practices self-control and knows that no means no. You can use your strength for good instead of evil. You can refrain from objectifying women by seeing them the way God sees them, as your other half.

There was a reason God made Eve from Adam’s rib, Son. God made the ribs to protect your lungs that give your body the air you breathe as well as your heart where love abounds.  I am trusting that when you go out in the world you will protect a woman’s heart as well.

So, when you are having fun with your dad next week, listen closely to your father’s words. He once dreamt of being a superhero just like you, and now he’s mine. If you heed our words, you will be a superhero, too.