Media Discernment is More Crucial Than Ever Because of This! 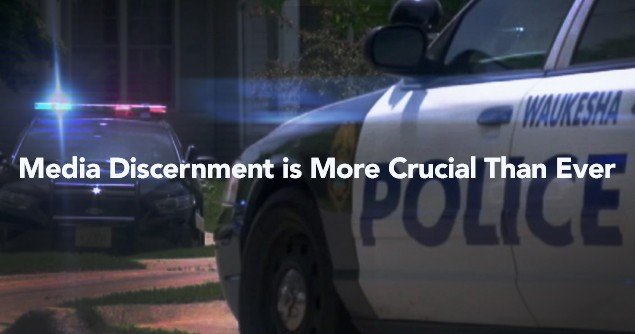 Media Discernment is More Crucial Than Ever Because of This!

Media does have an impact. Two 12-year-old Middle School girls in Wisconsin stabbed a “friend” 19 times and left her for dead, not because they were in a fit of anger, but because they wanted to please a mythical character they found on the Internet. The attempted murder was planned in advance. The plans were altered as the girls hesitated but they finally got up the nerve to attempt the killing.

The girl crawled out of the woods where the stabbing took place, was found and was rushed to a hospital where she was stabilized. It is hoped she will survive.

The girls who confessed to the stabbing are being prosecuted in adult court with the possibility of 65 years in prison. The parents of all three girls are obviously devastated.

Parental awareness if the media tastes of their children is vital it cases like this are to be avoided.

Movies, television, video games and even websites contain horrible material that can lead children without strong moral values to do things that shock society. A child’s desire to view and dwell on horrible media is a sure sign of a lack of strong moral character.

Parents who fail to monitor their children’s media selections are at risk of becoming the next to be devastated. Two Middle School girls at risk of 65 years in prison should serve as a wake up call to millions of parents.

Parents have grown accustom to living in fear of pedophiles attacking their children in some park, but poor media choices often happen in the privacy of a child’s bedroom. The violent video games favored by mass murderers are played in millions of American homes.

Sadly, we get stories of boys becoming mass murderers on a more and more frequent basis. This story about Middle School girls shows that age and gender do not protect anyone from the potential to kill in cold blood.

The good news is just that, these girls and every child needs to be freed from bondage to the mass media of entertainment by the saving grace of knowing Jesus Christ, who came to set them free. Then, they need to be discipled, and we have the tools to help you do just that: THE CULTURE-WISE FAMILY® and the 6 part THE CULTURE-WISE FAMILY® DVD study course. For more of the interviews, please go to: www.movieguide.org