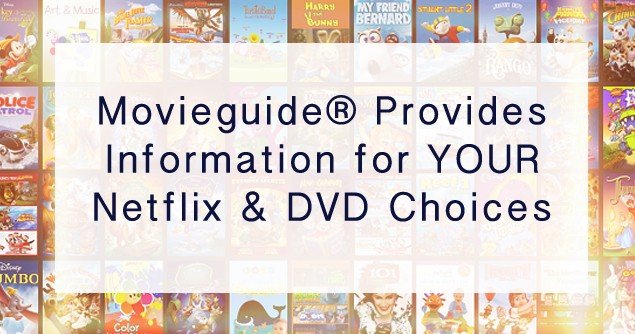 Streaming technologies are now superseding other forms of delivery of entertainment programming to screens around the world. The five major television networks via cable and satellite technologies are no longer the primary way of receiving good entertainment programs for families. Further, much TV programming, especially on primetime network television, which is of poor quality and content, is not appropriate or good for families.

Happily, streaming technologies now deliver most of the best quality and content in family and redemptive programming options, including the best television programs, over the World Wide Web.

Netflix now provides ongoing new promising programming for formerly traditional television programs (as well movies that have been in theaters) in the following categories:  Children and Family, Classics, Faith, Musicals, Documentaries, and more. Further, Netflix offers a streaming category for TV Shows. They also provide totally inappropriate programing for families, of course. As socially responsible consumers write reviews and rate Netflix programs, the company is adding new programming, maintaining some programs, and removing some of the old.

Netflix has introduced a new original series for kids, the “Mr. Peabody & Sherman Show,” from DreamWorks Animation. Netflix has also recently introduced their new “Adventures of Puss in Boots” series, also with DreamWorks Animation. These shows are based on earlier stories and characters but guardians will need to check them out as to suitability, content, and quality. (For example, the new Muppet Show on ABC is not the same quality that audiences in the past have enjoyed. So, just because new shows use earlier characters on shows with titles connected to former shows, it doesn’t mean the quality and content are the same.)

One television channel over various delivery platforms that has remained more consistent in content and quality for families has been the Hallmark Channel, with programs such as the following: “When Calls the Heart,” “Little House on the Prairie,” “The Waltons,” “Signed, Sealed, Delivered,” and much more.

Cable TV still offers some good channels that provide some of the best quality and content in entertainment and educational content for families:  Travel, National Geographic, Create, ME TV (Memorable TV), TCM, Hallmark, PBS, and more. Some of the programming from these channels are also available today via streaming. Each of these relatively family-friendly channels provides daily schedules, online information, and stories about its programs. For example, October 22, National Geographic.com provides a report about its story on a massive oil reserve in the Pacific Ocean.

PBS.org provides many enriching artistic and educational programs for the country and the world on television, DVDs, and streaming for all ages. Some of their outstanding series include: “Masterpiece,” “American Experience,” “American Masters,” “Sesame Street,” “Arthur,” “Curious George,” “Great Performances,” “National Parks,” “Pioneers of Television,” and “Live from Lincoln Center.” (It is still important for adults and guardians of children to research the programs before viewing to determine what’s most suitable.) On October 22, PBS Kids reports and describes its fall family programs. PBS.org provides summaries, trailers, and much more information about its programs.

See stories and updates on the best entertainment and educational programming in movie theaters, on DVDs, via streaming, as well as on television on www.movieguide.org. Free subscriptions are available. Modern technologies today are providing to the world some of the best educational, enlightening, entertaining programming by the best educators and artists. There is a growing interest in redemptive and family programming across all platforms. (For example, many American hotels no longer offer “adult” on-demand-programs in hotel rooms.)

The Renaissance of artistry and Reformation of content continues giving audiences increasingly better programming. Ongoing research also shows that the best programming as to quality and content is persisting and prevailing to become part of worthwhile, classic programming for the world.

Let MOVIEGUIDE® guide you and your family so that you can choose the good and reject the bad.