Movies for Mother’s Day: Let’s Remember Mama for a Change 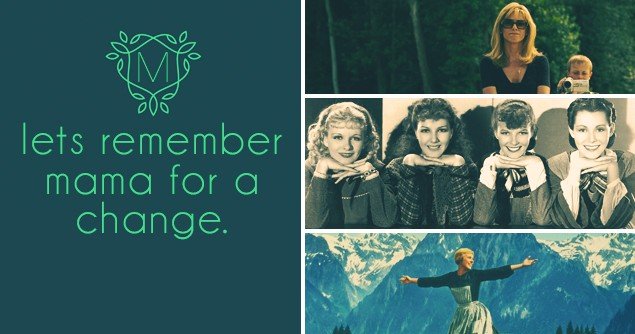 Let’s Remember Mama for a Change

There are a growing number of family movies, but many of them mostly feature the dad, such as CHEAPER BY THE DOZEN and FATHER OF THE BRIDE, and in too many of them, the mother is dead or missing, such as THE GAME PLAN and FINDING NEMO. In a significant number of cases, the mother is the villain, such as AMERICAN BEAUTY, SOUTH PARK and SERIAL MOM. This doesn’t help children develop a positive image of mothers.

Two reasons for the missing mom or even the mean mom can be found in some of the lingering marketing rules of the entertainment industry.

First, the entertainment industry believes that little girls will go to movies that little boys like, but little boys won’t go to little girl movies. Walt Disney Company seemingly ran into that problem with the delightful entertaining movie ENCHANTED. The second rule is the expected scenario is the bad dad, so movies want to do the unexpected. There’s a guideline in the press that you don’t want the common story about the dog biting the man but the uncommon story of the man biting the dog.

Whatever the reason, it would be nice to see more I REMEMBER MAMA movies. One way to do that is for the vast Christian audience to support the good, whether it features girls or boys, mothers or fathers, if it contains a Christian, biblical worldview.

Below is a list of MOVIEGUIDE®’s Best Movies for Mother’s Day.