Social Justice and the Communist Indoctrination of America’s Judicial System 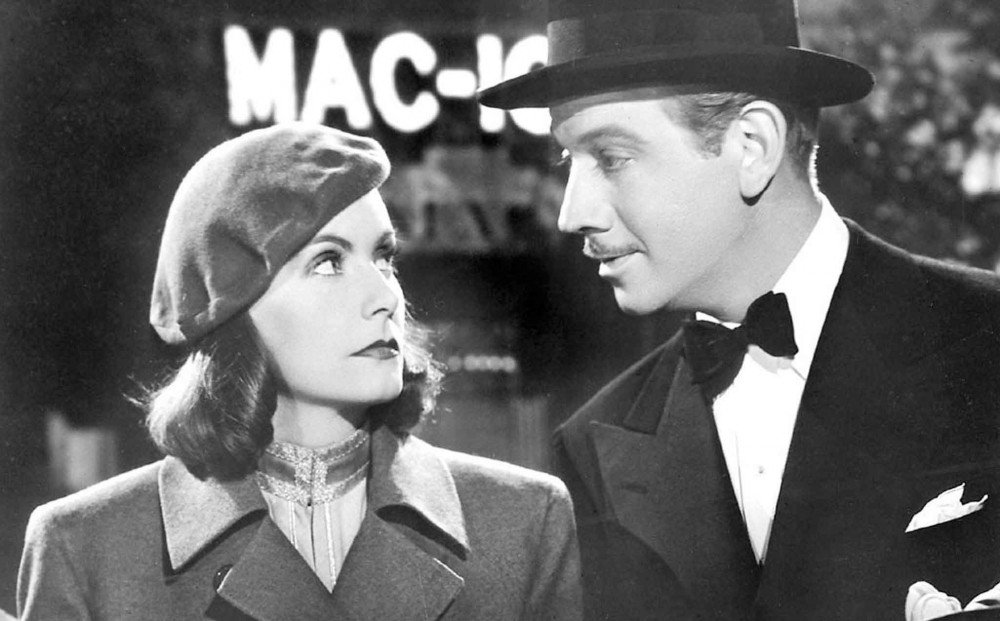 Social Justice and the Communist Indoctrination of America’s Judicial System

I recently watched the opening of the famous 1939 Greta Garbo comedy NINOTCHKA where Garbo plays a stern communist officer of the Soviet Union who finds herself attracted to an aristocratic Frenchman in Paris, played by Melvyn Douglas.

In one of the first scenes, Ninotchka arrives in Paris on the train and is upset when a porter tries to carry her bags for her. When she asks him why he wants to carry her bags, the porter replies, “That’s my business.” “That’s no business,” she says sternly. “That’s social injustice!” “That depends on the tip!” the porter quips. As she walks out of the train station with her communist comrades, one of them asks her how are things in Moscow. Ninotchka replies, “Very good. The last mass trials were a great success. There are going to be fewer but better Russians.” In other words, a lot of people were executed after the trials (you can find the clip here on YouTube at https://www.youtube.com/watch?v=dzkjnPSbxJw).

This clip is an important cultural and historical document because it clearly shows the communist origins of the term “social justice” that’s all the rage today among the Radical Left, including a surprising number of Democrat political leaders. This clip is also important because it shows the kind of “social justice” communists and leftists in America are really seeking, one where there are government trials where people can be jailed and even executed for their political opinions and behavior, often with the flimsiest of excuses and slightest amount of “evidence.”

As a former Marxist, you can trust me when I say that the first principle of Marxism is Atheism. Without a commitment to atheism, you can’t have true Marxism, because Marxism begins with an atheist, materialistic belief about the nature of Reality.

Knowing this, it’s clear that the Supreme Court’s decision in 1962 to remove prayer from public schools, including even voluntary prayer, was the first truly Marxist, communist decision by the high court. Since then, a flood of Neo-Marxist legislation and court decisions have transformed the United States into a mixed society where Marxist forms of socialism have infected the body politic and poisoned the Supreme Court and the justice system’s understanding of the capitalist republic founded by the United States Constitution.

The new calls for “social justice” and socialism, as evidenced by most of the candidates running against President Donald Trump and by the latest judicial rulings on immigration in the courts, are a symptom of the communist indoctrination that’s gained such a strong foothold in our culture. Another example is the judicial system’s silence and even acquiescence to Special Counsel Robert Mueller’s gaudy arrest of Roger Stone and confinement of Robert Manafort to many days of solitary confinement, just to force them to confess to some kind of lies about President Trump and his campaign team’s alleged conspiracy with Russia.

Perhaps even more worrisome is the Marxist Left’s glee in limiting the free speech of their opponents, not only on college campuses and in the mass media, but also in the courts. The trumped-up cases against Christian bakers and photographers are just one troubling example. These communist radicals don’t just want their opponents to shut up; they want to destroy their businesses and their ability to make a decent living!

Happily, some judges are striking back against this communist jihad, but the communist onslaught against free speech has been relentless. By even threatening their opponents with judicial action against their allegedly politically incorrect speech, however, the Marxist Left has intimidated and silenced many of their would-be opponents. This can be seen in the timidity among more conservative and moderate leaders in Congress who lack the guts to take a strong stand against this communist indoctrination and intimidation. What’s worse is that such communist indoctrination and intimidation has increased exponentially in America’s “public” schools and its universities, including the law schools that train our attorneys and judges.

If this communist indoctrination and intimidation isn’t stopped, then it’s only a matter of time that America’s judicial system will be completely overwhelmed by the kind of cold murderous glee one can see in Greta Garbo’s brilliant performance in the above scene NINOTCHKA.

Will we wake up one day to hear some phony, deceitful “social justice” warrior, come on TV to say, “The last mass trials were a great success. There are going to be fewer but better Americans”?