SON OF GOD: Producers of ‘THE BIBLE’ Taking Jesus to Theaters Next Year 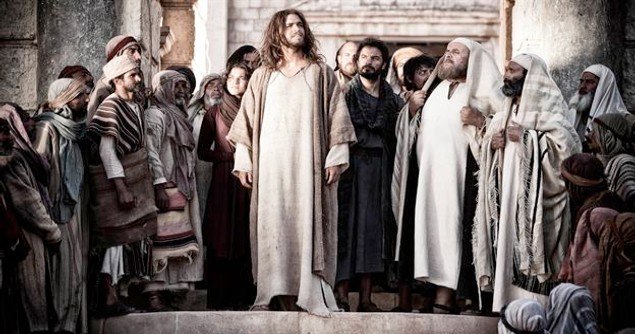 Roma Downey and Mark Burnett, producers of the successful THE BIBLE miniseries on the History Channel, have signed a pact with 20th Century Fox to take the Jesus Christ portions of the miniseries into movie theaters next year, with additional scenes not in the telecast.

Titled SON OF GOD, the movie will focus on Christ’s story from His birth through the Resurrection. It features Portuguese actor Diogo Morgado as Jesus and Roma Downey as His mother, Mary.

“While we appreciated the interest from other distributors, Fox was the right choice for us,” Burnett said.

“This movie deserves a big studio behind it,” he added. “We have crafted a powerful standalone movie that is a completely emotional, uplifting experience for audiences.”

Fox will also handle the home video release of SON OF GOD.

THE BIBLE averaged 15 million viewers over five two-hour parts on TV. It’s sold more than one million DVD units, which makes it the biggest selling TV-to-disk title of the past two years, according to Fox. It’s also become the highest-selling TV miniseries of all time on home video.

Roma Downey led a cast that made TOUCHED BY AN ANGEL a cultural phenomenon on American television during the 1990s. Her husband, Mark Burnett, is the mastermind behind such Reality TV powerhouses as THE VOICE, SURVIVOR, and THE APPRENTICE.

The pair has already signed with NBC to do a regular series titled AD:  BEYOND THE BIBLE.

Their success with THE BIBLE, and, now, the theatrical version of SON OF GOD, is testimony to Movieguide®’s long-held contention, as proven by theatrical movie and home video sales from Hollywood collected by Movieguide®, that people want uplifting entertainment with strong Christian, biblical values.