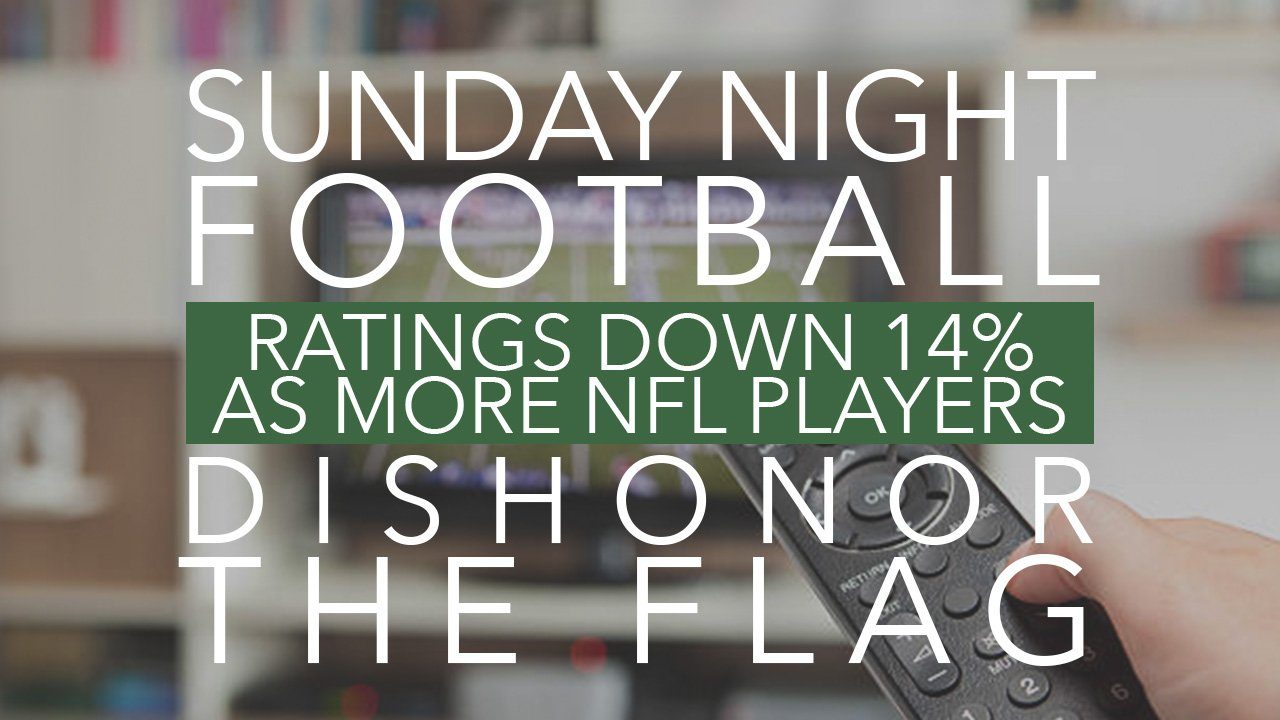 Total viewership for NBC’s “Sunday Night Football” was down 14% from the season opener Sept. 7, in the wake of even more NFL players dishonoring the American flag and the National Anthem because Pres. Trump said Friday it would be “great” if an NFL owner fired one of the players for taking a knee while the National Anthem played.

In response to the players who decided to protest the Anthem, Trump tweeted:

“The issue of kneeling has nothing to do with race. It is about respect for our Country, Flag and National Anthem. NFL must respect this!

“I did not watch the National Football League yesterday, and it was the first time in 45 years that I made an active decision not to watch, including my team, the Pittsburgh Steelers.”

The Steelers team decided to stay in the locker room while the Anthem played, to avoid putting pressure on the players to make a decision one way or another about the Anthem.

“I wish we approached it differently,” he added. “I personally don’t believe the Anthem is ever the time to make any type of protest.”

One Steeler player, Alejandro Villanueva, a West Point graduate who served three tours in Afghanistan as an Army ranger, came out on the field to stand for the Anthem, but was later criticized by the team’s black coach, Mike Tomlin, for contradicting the team’s decision to stay in the locker room

Other athletes denounced Trump for his comments Friday night and his follow-up Tweets the next day. For example, New York Giants player Olivier Vernon said, “You ain’t my president!”

Football surpassed baseball as America’s favorite sport in 1972, according to a Gallup Poll at the time.

Television is often cited as the major reason for that change.