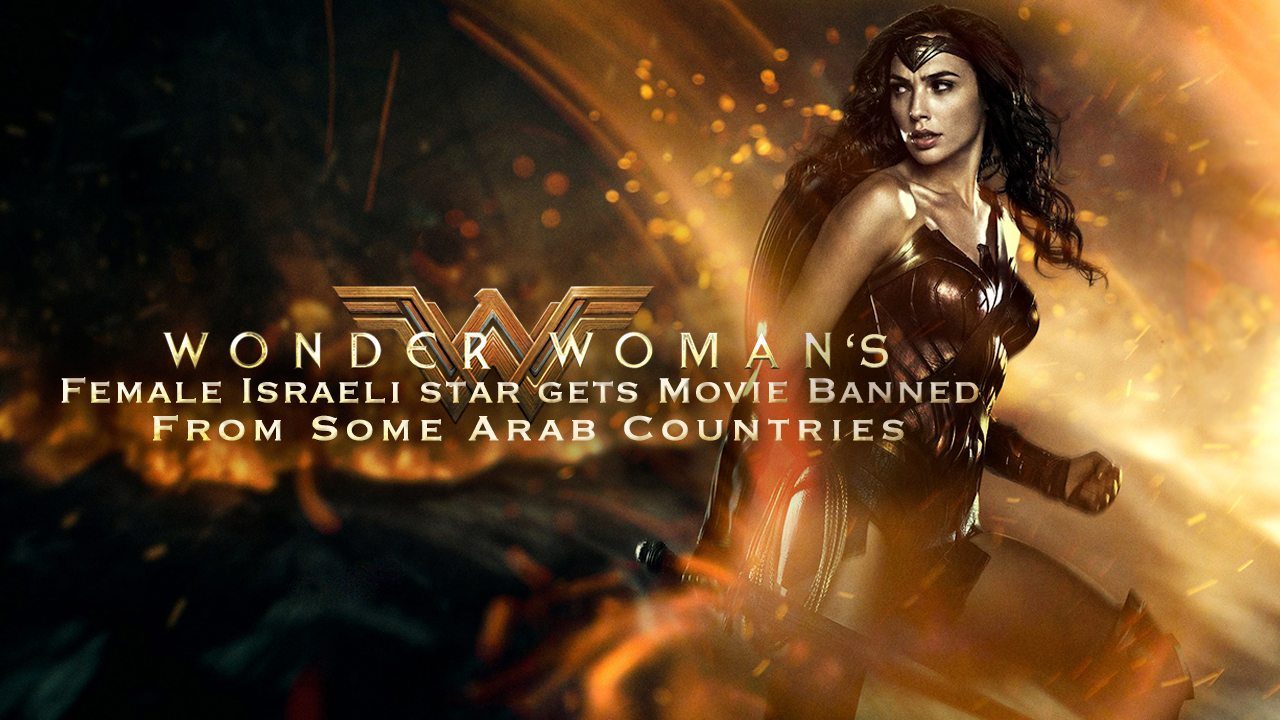 Anti-Semitism has raised its ugly head in some Arab/Muslim countries where the movie WONDER WOMAN was scheduled to open.

Due to pressure from The Campaign to Boycott Supporters of Israel, the Lebanese Ministry of Economy made the decision to ban DC’s new movie, WONDER WOMAN from the country of Lebanon. Warner Brothers Lebanon and Grand Cinemas Lebanon announced via Twitter on May 31 that the movie would not be airing at the 15 Lebanese theaters where it was scheduled to be released last Wednesday.

The movie’s release was also suspended in Tunisia and Algeria, two other Arab/Muslim countries.

The reason for the boycotts is Israeli actress, Gal Gadot, who plays the titular hero. As an Israeli citizen, Gadot was conscripted into the Israeli Defense Services at age 18. She has also publicly praised the actions of the Israeli military in the past. The Campaign to Boycott Supporters of Israel-Lebanon protested her film being released because of her patriotism to her nation, and her support of Israel’s military action against Hamas in the Gaza strip in 2014.

Lebanon is officially at war with Israel and has laws in place banning trade with Israel and banning contact between Lebanese citizens and Israeli citizens. The Campaign to Boycott Supporters of Israel-Lebanon appealed to these laws in their push to ban the film.

However, previous movies featuring Gal Gadot have been released in Lebanon, and done well in Lebanese theaters. These films include FAST AND FURIOUS 6, FURIOUS 7, and Gadot’s first appearance as Wonder Woman in BATMAN V. SUPERMAN:  DAWN OF JUSTICE.

The Tunisian Culture Minister suspended the movie’s scheduled Thursday release date due to complaints from Arab nationalist political party, the People’s Movement. Not everyone is on board with his decision, though. Distributor Lassaad Goubantini believes the suspension is a misguided obstruction of liberty.

In Algeria, WONDER WOMAN was removed from a film festival scheduled for June 8. The official reasoning behind the withdrawal of the movie there is an issue with exhibition rights. The event organizers stated that they intend to release the film as soon as the problem has been resolved. However, a petition against the film is being circulated in Algeria, since June 8 falls within the 50th Anniversary of Israel’s occupation of Gaza after the Six Days War.