Would This Soccer Player’s Counter-Cultural Stand Make a Good Movie?

Would This Soccer Player’s Counter-Cultural Stand Make a Good Movie?

Some call it football, others call it soccer. Regardless of how you refer to this sport, no one would say that just anyone can play, especially when it comes to the professional side of the game. The 2019 FIFA Women’s World Cup has captured the attention of millions of people worldwide, as have many of the players. Often, sports movies capture audiences because of one’s own connection to the game, whether a fan or a player. However, it’s been a while since a major motion picture about soccer has been made, so, is this one woman’s story worthy of being on the big screen?

Jaelene Hinkle is to soccer what Tim Tebow was to football. Playing on high ranking teams such as North Carolina Courage, Real Colorado, as well as being a member of the Olympic Development program. Despite all of these accolades, Jaelene found herself in an arduous situation a few years ago. 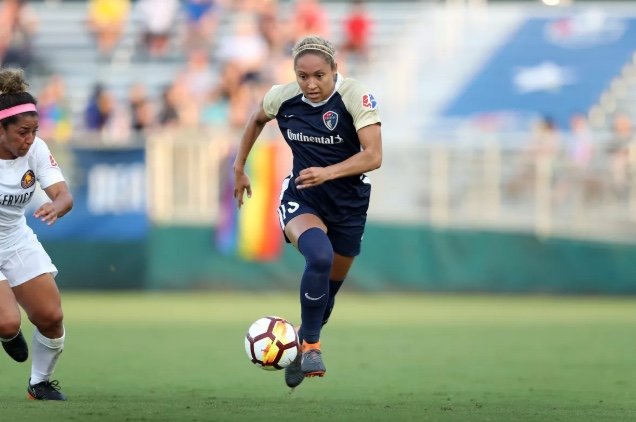 Hinkle came dangerously close to losing her position on the team when she refused to wear the team jerseys which sported numbers on the back in LQBTQ+  rainbow colors because she’s a Christian. The pressure was even greater because her coach Jill Ellis was gay. “I just felt so convicted in my spirit not to wear this jersey,” said Hinkle. In doing so, the pro-soccer player has only garnered admiration and respect from the religious community, while others booed her as she played. However, she only continued to impeccably perform.

Later, Hinkle was recalled to the international setup, a World Cup warm-up event. She was then cut for “footballing reasons” only three days later, a probable legal move as set by the league.

Hinkle now plays for the North Carolina Courage of the National Women’s as their defender, something she credited to God on Twitter.

Would this story of faithful courage make a good movie? Let us know in the comment section below.