DON’T COME BACK FROM THE MOON 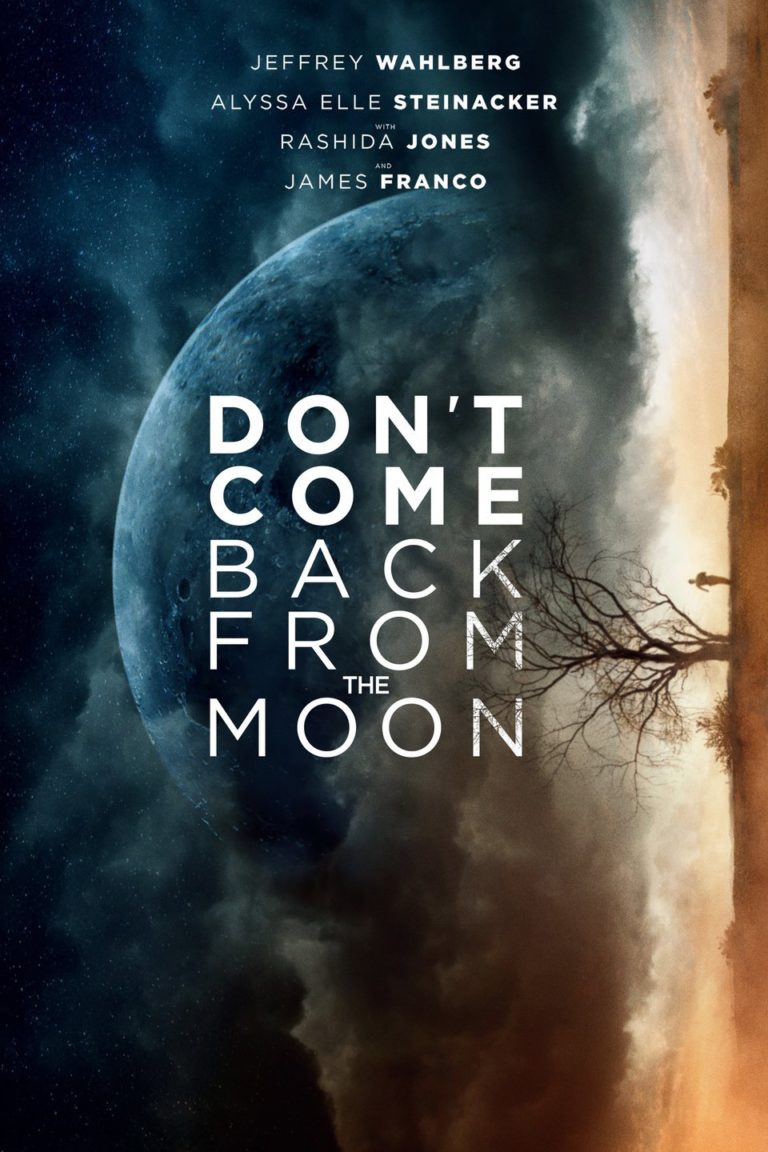 DON’T COME BACK FROM THE MOON stars James Franco and Rashida Jones as Roman and Eva Smalley, a married couple stuck in a deserted California town. When Roman leaves for a better job and a better life, his son Mickey must grow up and assume Roman’s role as head of the house. Struggling with his new position, Mickey becomes romantically involved with two girls, one of whom becomes pregnant. Eventually, he must choose to either run away like his dad and leave behind his responsibilities or face them and become the man he’s meant to be.

DON’T COME BACK FROM THE MOON is shot in the desert. So, viewers get a glimpse of the town’s desolation through many scenes of dust and sand kicked up by cars and people. However, some of the acting is lackluster, and the plot moves too slowly. Despite a somewhat positive ending and a message about the importance of fathers, DON’T COME BACK FROM THE MOON has a fair amount of foul language. It also has some underage drinking and an unwed pregnancy. Extreme caution is advised.

(HH, Ab, C, B, LLL, V, S, N, AA, M):
Dominant Worldview and Other Worldview Content/Elements:
Strong humanist worldview of living for self and pursuing money and wealth as a means to happiness, people go through spiritual rituals such as prayer but don’t live it in a Christlike manner, but family is seen as a joy and a blessing in one scene; Language: 28 obscenities and one description of someone wetting their pants;
Violence:
Low level of violence includes two brief scenes of a person punching a person in the face; Sexual content: Implied sexual behavior in two scenes of people kissing and implied sexual relations;
Nudity:
Brief upper male nudity;
Alcohol Use:
Several scenes of teenagers drinking;
Smoking and/or Drug Use and Abuse:
Several scenes of people smoking, but no drug content; and,
Miscellaneous Immorality:
Lying, bitterness and resentment, destroying personal property, dysfunctional family relationships.

In DONT COME BACK FROM THE MOON, a once bustling California town is now turned into a deserted wasteland, due to people moving away. Fathers abandon their families with no warning, claiming they’re going to “the moon,” a fictitious place where life is simple and perfect, and people live off the land in ignorant bliss. A teenager, Mickey, struggles as his dad abandons him and his brother one night after he teaches him to drive. Alone, Mickey must come of age quickly as his mother (Rashida Jones) copes with raising two boys on her own.

Mickey and a group of other teenagers whose parents have left struggle to put the pieces of their desolate town back together again. Coping with his new identity as the man of his house, Mickey meets Sonya, and a romantic relationship ensues. Together, they meander through a new life of abandonment together. That is, until Sonya’s father returns, apologetic and wanting to make things right with his daughter. When Sonya moves to Nebraska with her father, Mickey is left all alone once again. Reeling from the news of a one-night stand who is now pregnant and wondering what life is like at “the moon,” he goes in search of it. He stops at a bar where he sees his uncle John, who has also left town, and the two have a drink. It is here Mickey sees the futility of life and that no matter how green the grass on the other side of the fence looks, it will always have its problems.

Mickey returns to his hometown, becoming a better father to his son than his father has been and finding contentment in his circumstances. The movie’s metaphorical closing line is gripping. “Is there happiness in the desert? Of course, there is. But, it doesn’t change everything. It doesn’t change this: the moon follows you wherever you go.”

Viewers who simply want an entertaining movie won’t find it here. The plot moves too slowly. Also, both Rashida Jones and James Franco as Mickey’s parents deliver lackluster performances that will make even the most interested viewer tune out. Finally, the movie delivers few scenes with music or anything else that propels the story forward.

DON’T COME BACK FROM THE MOON is based on a novel by the same name. The moon symbolizes the better life we all want for ourselves, but is just outside our grasp. It also tells the fickleness and temporary gratification life offers without the love of Christ. Although not its intention, the movie depicts that a life devoid of Christ is futile, offering only temporal, fleeting pleasures. In fact, one of the few scenes that shows the main character smiling is when he’s with his intact family or holding his new son. Christian viewers will quickly realize that family and God offer a life full of riches that go much further than any paycheck. That said, the movie does end on a positive note where Mickey finds contentment and decides to be a better father than his own father.

DON’T COME BACK FROM THE MOON also contains a fair amount of foul language and two implied sex scenes. Also, there several scenes of underage drinking. Extreme caution is advised.

Watch DON’T COME BACK FROM THE MOON: