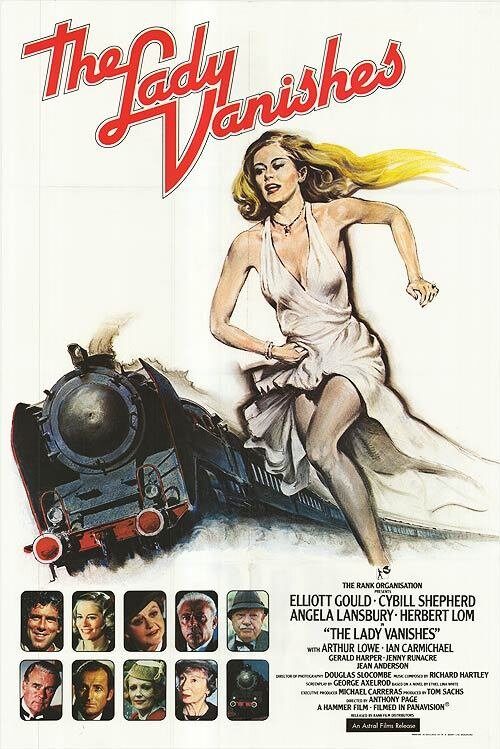 Some killing through gunfire

Temporarily blocked by an avalanche, a train finally departs from a resort town somewhere in the Balkans. On board, a young English girl, Iris, strikes up a friendship with Miss Froy, a grandmotherly retired governess on holiday. Falling to sleep partly due to a flower pot dropped on her head earlier (apparently meant for the old lady), Iris awakens to find Miss Froy not there.

When questioned, the other passengers in the compartment tell her “there has been no English lady here.” A doctor suggests that she is hallucinating after the head blow and that the governess is a figment of her imagination. Enlisting the aid of Gilbert, a musician, a good investigative story unravels as the two begin to gather clues indicating that there has indeed been an abduction.

At a train stop, the doctor receives a patient on a stretcher into his compartment. Meanwhile, Iris and Gilbert have uncovered the conspiracy and confront the doctor. His attempt to drug them fails, and they learn the substitution switch he had planned is to obtain information from Froy, in reality a spy.

As the train resumes, it is pursued by foreign agents. A gun battle ensues, and Froy entrusts Gilbert with a tune that contains in code a vital clause of a secret pact between two European countries.

A classic spy thriller, THE LADY VANISHES will hold your attention from start to finish. While there is some gunplay resulting in death, not a drop of blood is seen, unlike today’s graphically violent depictions. Most commendable and refreshing to see are virtues of modesty and propriety demonstrated. Miss Froy’s gentle, but shrewd manner brings to mind Matthew 10:16, “be ye therefore wise as serpents, and harmless as doves.”