THE MANDALORIAN: Season One: Chapter One

"A Life Worth Saving" 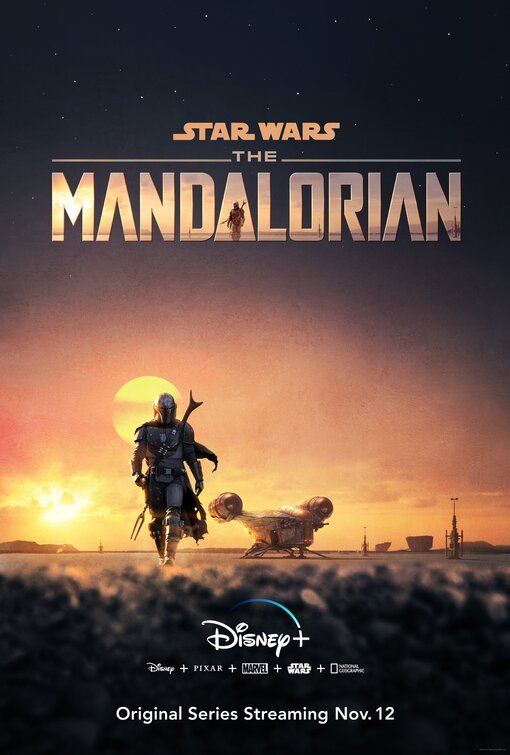 “Chapter One” of the new streaming series, THE MANDALORIAN, is about a futuristic bounty hunter who finds an unexpected challenge on his newest job. A new client gives him the task of retrieving a wanted alien creature of some kind from a small fortress on a sparsely inhabited planet. After working with a talking bounty robot to kill the guards protecting the fortress, the Mandalorian finds out their quarry is not at all whom they expected.

“Chapter One” of THE MANDALORIAN starts slowly but is packed with action. It brings the well-known world of STAR WARS to life with a new spin, while introducing new characters to the galaxy far, far away. The cliffhanger at the end keeps viewers on the edge of their seats wanting to know more. It’s one of the best cliffhangers since a well-known STAR WARS character said, “No, I am your father” in THE EMPIRE STRIKES BACK. “Chapter One” of THE MANDALORIAN has a light moral pro-life worldview and no foul language, but there’s lots of violence and scary moments. So, caution is advised for older children.

(B, C, VV, M):
Dominant Worldview and Other Worldview Content/Elements:
Light moral, redemptive pro-life worldview with a scene where the hero wants to work together with a bounty droid to complete a job, the last scene shows the hero saving an innocent life, and the hero seems to be trying to find redemption in saving the life
Foul Language:
No foul language
Violence:
Hero threatens creature with a knife, where a man is stabbed with a knife, lengthy fight sequence where people shoot blasters at one another, and many are killed, a scary scene where a water creature nearly kills a man and takes down a flying ship, and a scary scene where a rhino-type animal attacks the hero
Sex:
No sex
Nudity:
No nudity
Alcohol Use:
No apparent alcohol use
Smoking and/or Drug Use and Abuse:
No smoking or drugs; and,
Miscellaneous Immorality:
Bounty hunter hero takes a man he was told to get and brings him back to the client, and hero is concerned about earning the most amount of money he can for his services.

Disney’s new STAR WARS series, THE MANDALORIAN, is set five years after the fall of the Empire in RETURN OF THE JEDI. The first episode is simply called “Chapter One.”

In Chapter One, the Mandalorian is a bounty hunter who’s part of a group of warriors with their own creed, who were oppressed by the now dead Emperor. After being purged by the Emperor, they have vowed to never take off their space helmets publicly.

The episode begins with the Mandalorian completing a job and bringing back a ship full of wanted creatures for his main client, Greef Karga, on the planet Nevarro. Karga doesn’t have another well-paying job to give the Mandalorian, so he suggests he go see a new client.

Cut to the new client. This man has a job on which he has sent many bounty hunters, but none of them have returned. The client knows nothing about the creature they’re looking for other than its last known whereabouts and that it’s 50 years old. The Mandalorian takes on the challenge and heads off to complete the job.

Upon arriving at the new planet, he’s met by a large scary animal creature who attacks him. Before the animal can take his life, a short alien named Kuiil, who’s riding one of the creatures attacking the Mandalorian, arrives and saves him. Kuiil takes the Mandalorian back to where he lives and says he will help him try to complete his job. Kuiil tells the Mandalorian that, ever since bounty hunters have been visiting the plane looking for the wanted quarry there’s been no peace. He teaches the Mandalorian how to ride the animal who attacked him, and they head off to the last known whereabouts of the being he’s is supposed to capture alive.

Will the two of them get inside the camp and find what they’re looking for? Or will they be killed like all the other bounty hunters?

“Chapter One” of THE MANDALORIAN starts slowly but is otherwise packed with action. It brings the well-known world of STAR WARS to life with a new spin and introduces new characters to the galaxy far, far away. The episode leaves viewers with a cliffhanger ending that leaves them wanting more.

“Chapter One” has a light moral, redemptive pro-life worldview. Although he’s a bounty hunter focused on material gain, the Mandalorian always seems to bring the beings he captures back alive. However, he and the robot do kill a lot of the soldiers guarding the fortress where their bounty is hiding. At the end of the episode, though, the Mandalorian is faced with a moral dilemma. The bounty that the Mandalorian seeks turns out to be a young alien toddler, a species he’s never seen. Intrigued by the creature before him, the Mandalorian must decide whether to save the young alien’s life. This will be a repeated theme throughout the other seven episodes of Season One of THE MANDALORIAN. This theme ends up giving the first season lots of heart.

This new STAR WARS series starts off well thanks to Jon Favreau, who also directed the first two IRON MAN movies, plus ELF, THE JUNGLE BOOK (2016) and THE LION KING (2019). Caution is advised for older children because of the action violence and some scary moments.