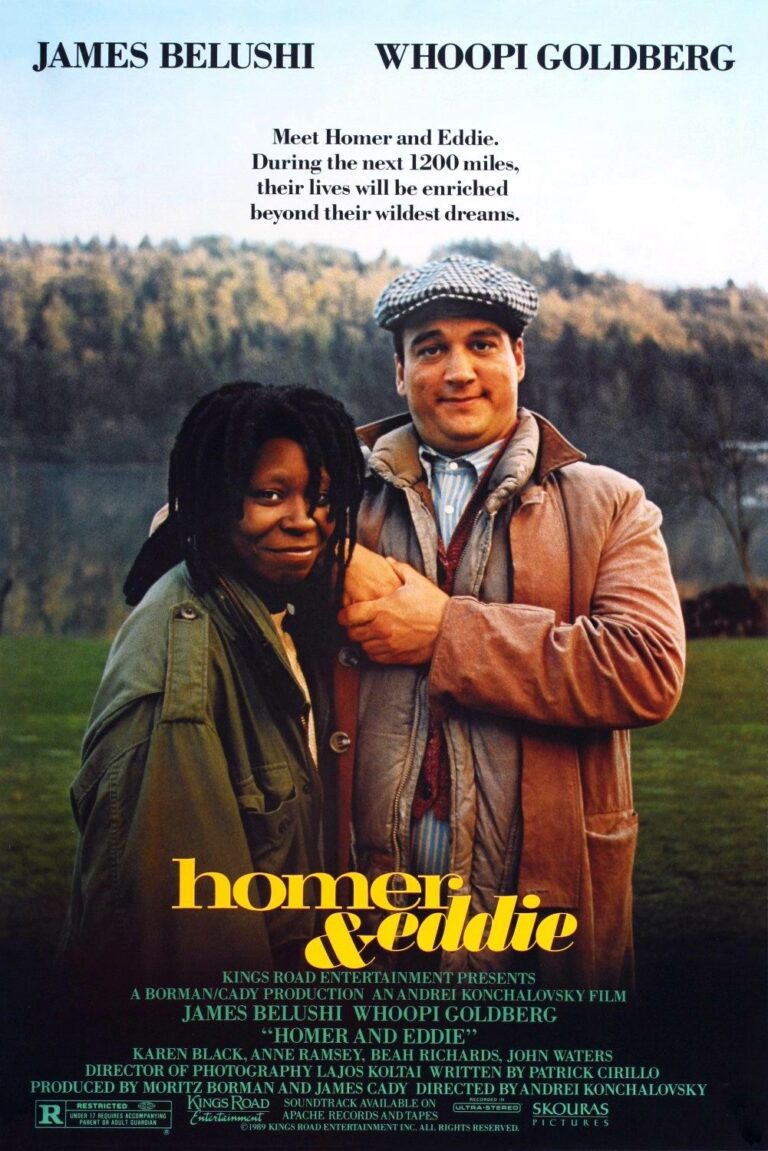 An evil, immoral and wicked film, HOMER & EDDIE should be destined for a short run at the theater. By midpoint of this piece of film making trash, several people had already left the theater.

Hit in the head by a baseball as a child, Homer, who sustained brain damage and lives in Arizona, has washed dishes all his life. Having not seen his parents in twenty years, Homer heads for Oregon to see his Dad, who has cancer. He meets Eddie, an escapee from a mental institution. She has a brain tumor that can’t be removed. Thus, a story line of two misfits-on-the-road is established, and the movie supposedly is about their friendship and love.

The film, which technically speaking is horrible, spans Homer and Eddie’s 1,200 mile trek from Arizona to Oregon as their friendship grows. They rob seven 7-11s, with Eddie killing two of the convenience store operators, one of which is for cash to pay for a prostitute so Homer can lose his virginity.

They have discussions about God. Homer believes in God. Eddie doesn’t believe in anything she can’t see, so she doesn’t believe in God. Homer reasons that we wouldn’t be here if there were no God. Eddie replies that God must be mean, vile and evil since He let Homer be brain damaged. Thus, she concludes “there ain’t no… God.” Eddie should read Romans 9:20-21. “Who are you, O man, to talk back to God? Shall what is formed say to him who formed it, ‘Why did you make me like this?'” Instead, the musical score features songs like, “Jesus Scared the Hell Out of Me.”

On another occasion, when Eddie states that she’s been in trouble since age eight, Homer says, “Bad stuff follows you around,” ironically echoing Proverbs 13:21, “Misfortune pursues the sinner.” Then, Homer falsely adds: “It’s not your fault.” On the contrary, “A man’s own folly ruins his life, yet his heart rages against the Lord (that is, he blames God for his troubles)” (19:3). Or again, “the mouth of a fool invites ruin (10:14) and “violence overwhelms the mouth of the wicked” (verse 11). Indeed, as Isaiah 48:22 says, “There is no peace for the wicked,” which for Eddie comes true when she is killed by a store keeper at film’s end.