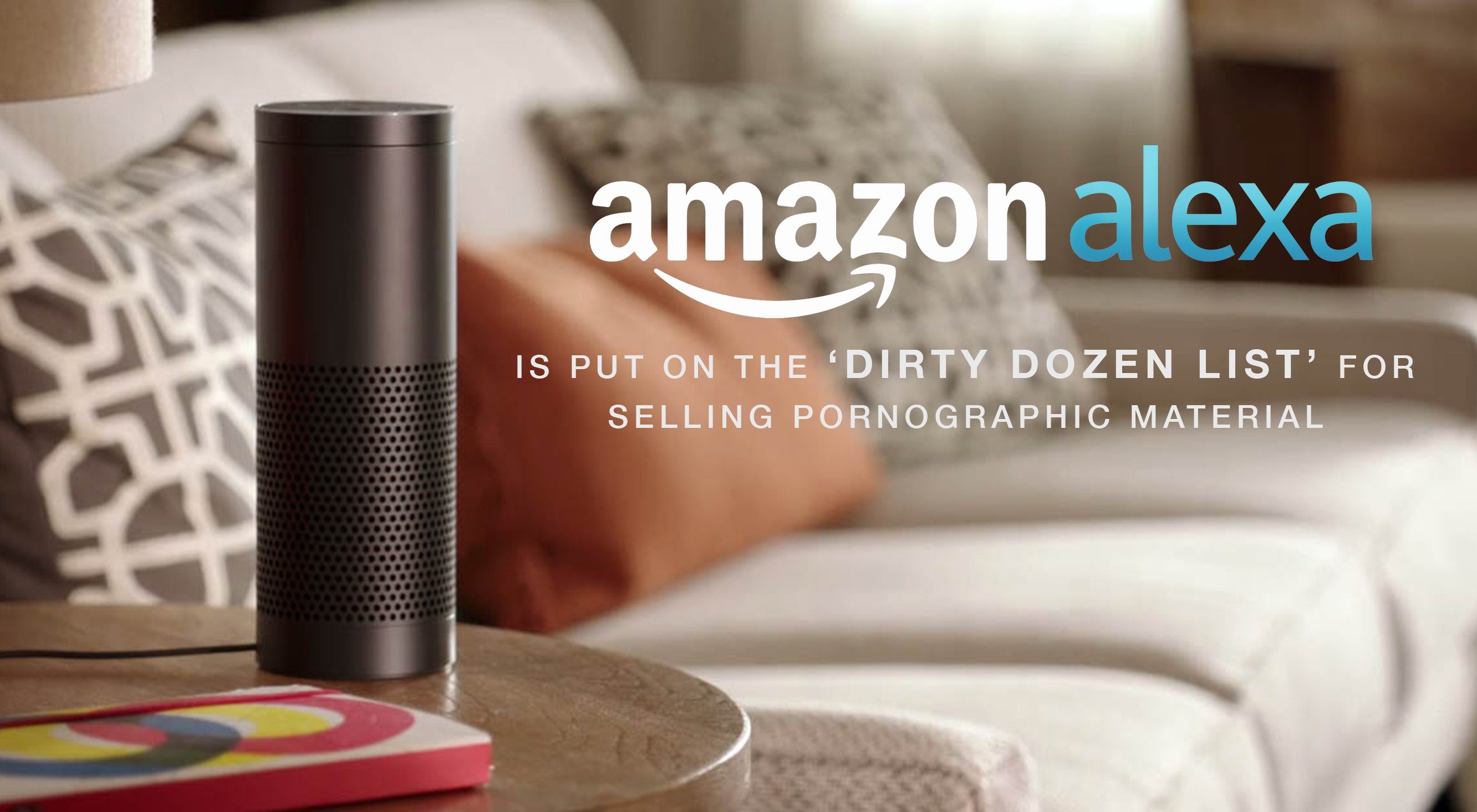 The National Center on Sexual Exploitation released a press release exposing the mega-retailing company Amazon, which was listed on its Dirty Dozen list of mainstream companies that facilitate sexual exploitation. The press release NCOSE references an incident in which a little boy asks Amazon’s intelligent personal assistant Alexa to play a song, and instead Alexa starts spouting pornographic phrases.

“This Alexa scandal reveals what the National Center on Sexual Exploitation has already documented—Amazon is reckless about exposing the public to pornography and sexually exploitive materials,” said Dawn Hawkins, Executive Director of the National Center on Sexual Exploitation. “While I’m grateful that Amazon quickly resolved this particular problem and apologized to the affected family, it is not enough. Amazon must adopt a proactive approach to pornography and sexual exploitative materials across its business platforms.”

Hawkins continued by explaining that Amazon’s sexual exploitation runs much deeper, stating, “Amazon.com features thousands of pornography-related items and has so far refused to remove sex dolls (many with childlike features), eroticized child nudity photography books, and other pornified items including T-shirts, baby clothes, and pillowcases, as well as hardcore pornographic films from its website,” Hawkins continued. “Further, Amazon Prime is producing original television programming with highly sexualized content, and does not provide a means for blocking unwanted recommendations of sexually explicit programs.”

The statement from NCOSE finishes by calling Amazon to adopt protective “It is clear that the pervading business culture at Amazon continues to cater to pornographic interests that are harmful to not only minors but adults as well. It is time for Amazon to accept its corporate responsibility to adopt and rigorously enforce standards that seek to foster a world free sexual exploitation.”