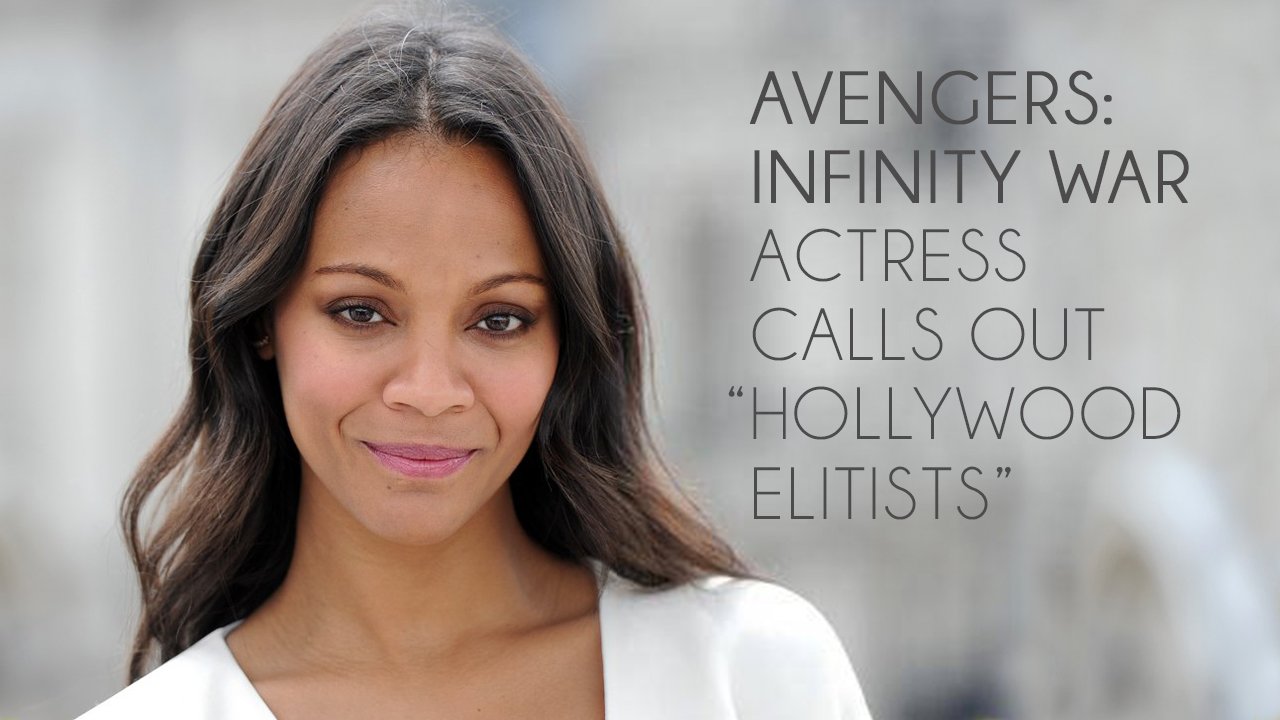 One star in particular is tired of being considered less of an actress because she stars in superhero movies. Zoe Saldana, who plays Gamora in GUARDIANS OF THE GALAXY and AVENGERS: INFINITY WAR, said in an interview with Net-A-Porter, “I feel so proud to be living in space, to be playing green and blue aliens, to inspire, primarily, the younger generations. I remember what it was like to be young and to feel completely excluded out of the mainstream conversation of life because I was just little and unimportant and ‘other.’”

One of the key reasons that Saldana see’s importance in superhero roles is how it reaches children, particularly sick children. “I’ve been in rooms with people in this industry who are great at what they do, but they’re absolutely elitist, and they look down at movies like the Marvel films or actors like myself. They think we’re selling out in some way,” Saldana continued, “Every time they speak, I feel so disappointed in them, because whenever you see pictures of people in this industry who donate their time to children in need, it’s these actors that live in the world that you feel is selling out.”

Saldana of course is referencing several of her co-stars like Chris Pratt, Robert Downey Jr., Chris Evans, Tom Holland, and others who have visited children hospitals on many occasions to comfort and encourage the children. She continued, “That actor takes time out of their life and sits down with that five-year-old and says, ‘I see you, I hear you, and you matter.’ Those elitists should be a little more cognizant about what playing a superhero means to a young child. Because you’re not just dissing me, you’re dissing what that child considers important in their world.”

Movieguide® applauds Saldana for telling the Hollywood elite to consider the children, about whom something Movieguide® frequently writes and teaches. Saldana raises legitimate points against filmmakers who make self-absorbed art flicks that offer little, if nothing, to society. What is “art” if it offers no hope or inspiration to those that watch it? There’s a snobbery in parts of Hollywood that looks down on comic-book movies, or general crowd pleasing, feel good movies. Consider the fact that WONDER WOMAN wasn’t nominated for any Academy Awards, even though it was a critical and financial success. Or the fact that many faith-based movies receive harsh criticism simply because they’re “faith-based” and cater towards a particular audience.

There’s a quote from Batman in THE DARK KNIGHT RISES that’s particularly fitting, where Batman tells Commissioner Gordon that “A hero can be anyone. Even a man doing something as simple and reassuring as putting a coat around a young boy’s shoulders to let him know the world hadn’t ended.” One can argue with Hollywood elites all day long about what constitutes as art, but the stories that last are the ones that touch children, that give hope, and offer inspiration when life seems too hard.