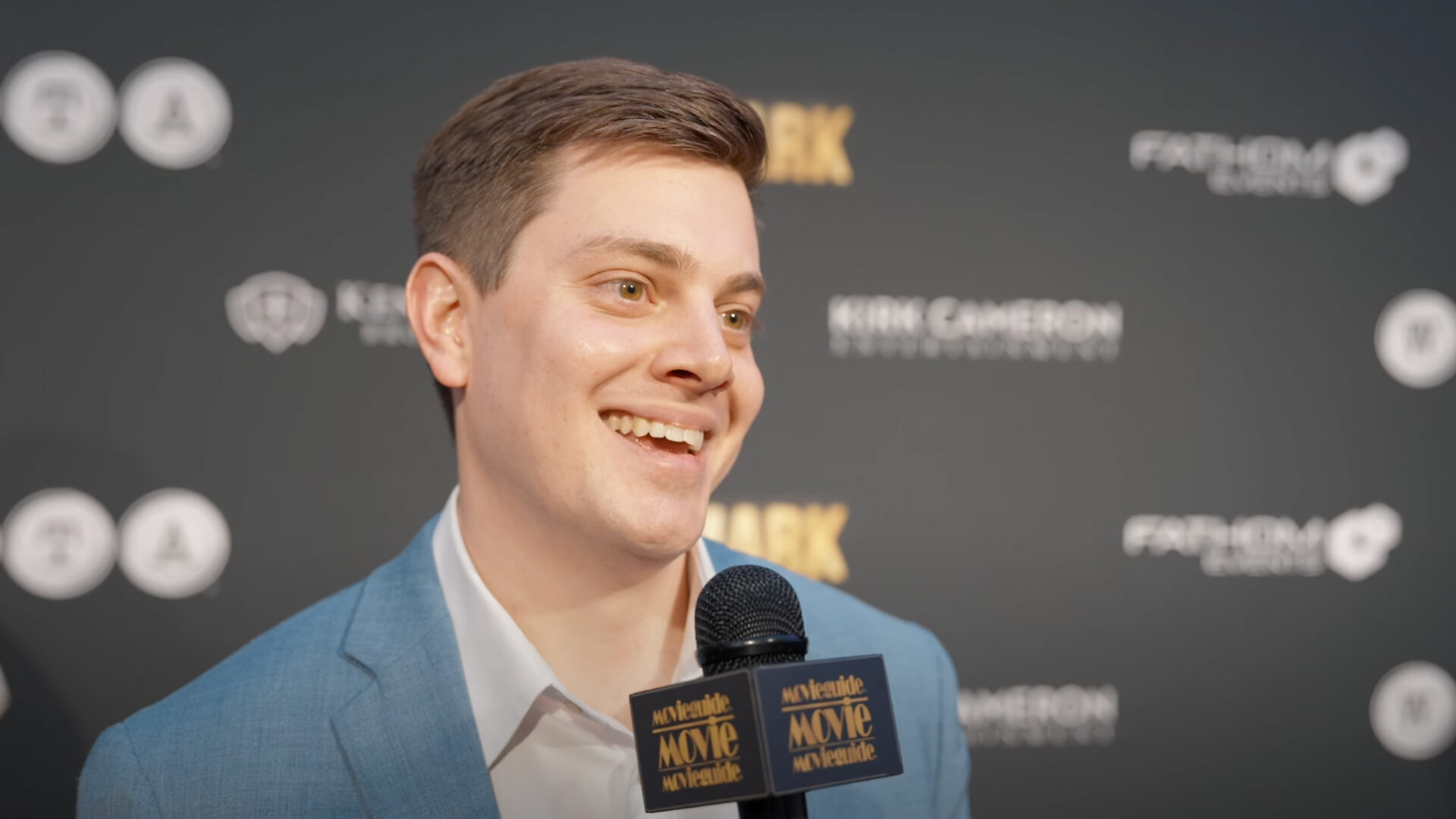 LIFEMARK recently surpassed $4 million in revenue after its opening weekend numbers landed the pro-life, faith-filled movie in the Top 10 at the domestic box office.

The Kendrick Brothers said they are thankful and surprised at the movie’s widespread success, even among secular critics.

In the movie, the Movieguide® Award-winning directors tell the true story of David Scotton, whom the Coltons adopt after his mother puts him up for adoption.

LIFEMARK is a well-made, heartwarming, inspiring movie produced by the Kendrick Brothers and Kirk Cameron, who also stars. The movie is solid throughout, with a positive Christian worldview. The movie promotes relying on God, believing God’s plan, forgiveness, and loving others. There’s also a beautiful pro-life message about adoption, giving life and the value of life. Don’t let the PG-13 rating stop you from seeing this movie. The movie’s themes about abortion and pro-life issues are the reason the Hollywood elites are giving LIFEMARK such a tough rating.

In a recent interview with Kirk Cameron, who stars in LIFEMARK as Jimmy Colton, the real-life David Scotton reflected on his story.

“I am here today because of adoption,” David said on a recent episode of Kirk Cameron’s TAKEAWAYS show. “Adoption is a loving option. Birth mothers who choose adoption are heroes, they really are. They choose life in circumstances that were tough. And because of that decision, saved a life and built a family, just like Melissa saved my life and allowed us to have a family.

“That’s what I hope they get out of LIFEMARK. That birth mothers are heroes, and that adoption saves lives,” he added.

Movieguide® previously spoke to David about the faithfulness of God in his story:

Kirk Cameron said that while LIFEMARK is not a pro-life movie in the political sense, it does show what happens when a mother chooses life despite her circumstances.

“So often, this issue of pro-life, pro-choice is focused on one thing, and that is a woman’s rights. A woman’s rights are important, but that’s not all that’s important,” he explained. “Addressing that whole situation must also include the life of this innocent human baby in her womb. And there’s also a birth father involved. And there’s 1000s and 1000s, of couples who longed to have children and start a family but are unable to. So Lifemark is a story that’s full of heart and humor and action. People are going to watch this, and they’re going to leave with their hearts full. And they’re going to have an increased love for life, and a new perspective on the beauty of adoption.”

Also at the red-carpet event was Scotton, on whom the story is based.

“It’s surreal to go from a kid who never wanted to share that it was adopted to now having the documentary and the movie. I mean, I’m just glad to be here and glad to have life,” the adoption lawyer said. “We’ve seen people visibly be impacted by our story. Ever since the I LIVED ON PARKER AVENUE documentary released in 2018, It’s impacted adoptees and birth parents and adoptive parents in ways we never would have imagined.”

“One of my favorite stories, I was speaking at a high school in California, it is a big gym, and I was doing a q&a, and I saw this girl in the corner, who tried to raise her hand and then she put it back down, up and down,” he recalled. “I knew she wanted to share something. She finally got up and shared for the first time in front of her entire school that she was adopted. And until then she felt like she couldn’t share that. So this story is impacting others in ways we never would have imagined. So LIFEMARK, now coming out and being in theaters nationwide. We’re just so excited.”

Scotton said God’s hand is plainly over his life and even the timing of LIFEMARK’s Fathom Event release.

“My faith has grown a lot in the past few years just being able to trust that God is using this story in a way that I can’t comprehend yet. And I mean, you’ve seen God work with this story ever since 1993, when my birth mother left an abortion clinic, and even seen him now, you know, help us reunite,” he said. “So to see him working through this story to impact others I’m just glad to be a part of it.”

“This is God’s providential timing, this movie was supposed to happen a few years ago. And then like all things, COVID caused a delay. And the fact that it’s now happening at this moment in time, just shows the fact that God is working to the store, this movie will save lives, and it will build families through adoption,” he said.