Broadway Actor on Redemption and Forgiveness 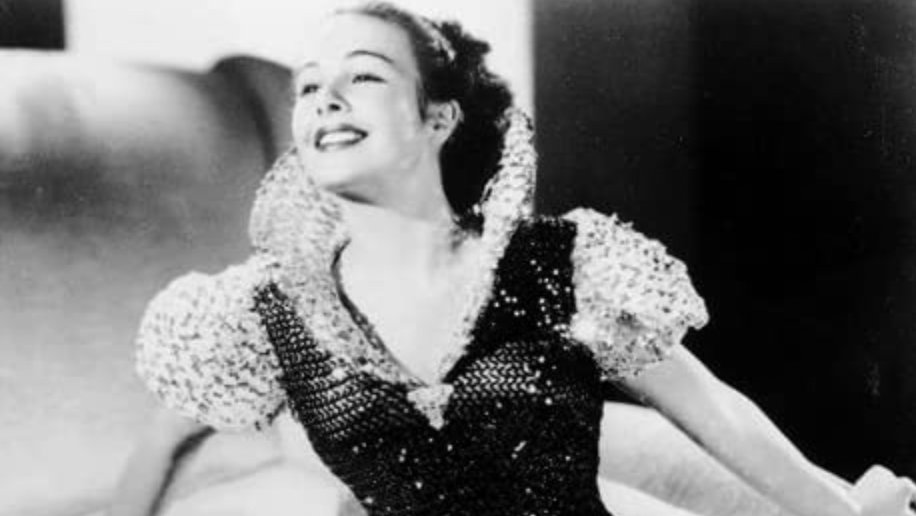 Marge Champion on the Christian Virtue of Forgiveness: ‘It Was A Purging, An Uplifting’

Dancing till the stars went down, Marge Champion (1919-2020) was a Christian woman with a positive attitude and a passion for dance. Champion, who lived to be 101, urged those who were retired to stay active and pursue pastimes that remained engaging.

Champion’s dancing career took her to Broadway, Hollywood, and beyond. She appeared in numerous TV shows and romance movies from the late 1930s all the way into the 2000s.

In her heyday, Marge and her husband, Gower Champion, danced together in films, dining clubs, and other venues. The couple worked together with MGM Studios, pumping out consecutive successes like Show Boat, Lovely to Look At, Everything I Have Is Yours.

But then the dancing duo hit some choppy waters. The trouble? The making of another film, in which the Champions appeared, brought tensions between Marge and some of her co-workers.

Champion recalled in a 1966 article for Guideposts:

From the day shooting started, it was marked by intrigue and built-in personality problems, and I was angry and openly resentful of those whom I felt responsible.

Worse, it was the period when TV had begun to move in more and more, and the entire movie industry was in confusion. Studios started to close down, and a lot of successful careers began to look shaky. Ours included.

Marge felt the stress of the whole situation welling up inside. In her own words, the film project was a “failure.” Marge and Gower returned their attentions to supper club performances, but as far as their careers were concerned, such a move was assuredly considered a “comedown” from where they had been.

They got an offer from the Los Angeles-based Coconut Groves and the couple busied themselves with plans for their new act. Marge said she felt the brunt of this new weight fall on her shoulders. All the details, big and small, were constantly on her mind.

Marge later confessed that it wasn’t the eight hours she spent every day rehearsing with her husband that brought on her anxieties, it was the myriad of particulars: “who will handle costumes, can I wear tights throughout the evening, what style of hair, when sopping wet will it look as well, do I really know those lyrics?”

Meanwhile, Gower was busy with coordinating lighting, dances, and further discussions with the conductor. Marge felt that her husband had little care or concern over her ordeals, which led to resentment.

When the big night came for the opening performance, Marge arrived early to Coconut Groves. She was happily overwhelmed to learn that the show had sold out and that friends were among the audience. But then, as she attempted to practice a bit beforehand, she felt lethargic and heavy.

Making her way back to her dressing table, she took up an old habit she had before going up on stage: prayer. Of all the formal prayers she tended to recite, right then and there she chose to say “the greatest prayer of all, the Lord’s Prayer.”

When I came to the lines “Forgive us our debts as we forgive our debtors,” I began to repeat them. I had no conscious purpose in this; I just did it, over and over again, until I became aware of an urgent necessity to forgive.

All the people she felt slighted by or impaired by came flooding into her head and she felt strongly compelled to forgive these people—even her own husband. Above all, she felt she wanted to forgive those she saw as responsible for the failure of their last film venture. She knew she had to relinquish her past hurts.

“It was not easy, but with the willingness to forgive, the actuality of forgiveness began to occur, and I discovered I loved them. It was an experience I never had before. It was a purging, an uplifting,” she wrote.

For Marge, a splendid evening followed. Dancing with her husband brought with it a renewed sense of ease and excitement, Marge said.

This moment in which she let go of her resentment kick-started a series of inner conversions “that led, eventually, to accepting Jesus Christ as my Lord and Saviour.”

Marge discovered that forgiveness was absolutely crucial to living a Christian existence. After all, Jesus Himself told us: “For if you forgive men their trespasses, your heavenly Father also will forgive you…” (Matthew 6:14).

Marge opened her heart to Christ, allowing Him to transform it according to His love. As she later wrote, “With anger in your heart, there is no room for Him.”

For Marge Champion, who passed away last year in 2020, her Christian faith remained a stable source of strength.

“Some people have suggested to me recently that being a Christian and being in show business are inconsistent. I can’t agree,” Marge said. “I don’t dance professionally now, but I enjoy acting and I believe one’s faith can be a force for good in any career, whether it be dancing in supper clubs or typing in an office.”

Our Christian faith, with its integral virtue of forgiveness, can lead us in all circumstances to love, rather than hate. A dancer discovered this many moons ago, surrendering her anger and opening her heart to the love of God.