On Tuesday, February 12th, TBS premiered the new show MIRACLE WORKERS. The show is based on the book, What’s In God’s Name by Simon Rich who is also the showrunner. MIRACLE WORKERS follows “God” played by Steve Buscemi (GROWN UPS, voice in HOTEL TRANSYLVANIA) as he heads up the operations at Heaven Inc., a company of “miracle workers” or angels that do his bidding to accomplish the goings on of Earth. If you think the title is enticing, the content proves otherwise….

In MIRACLE WORKERS, “God” swears, drinks beer, eats snacks and wears a white undershirt in his penthouse with a baby grand piano and butler. He’s egotistical, but his outlook towards humanity is pessimistic with dialogue like, “it’s way too late to fix Earth.” One worker named Eliza (Geraldine Viswanathan of BLOCKERS) is hopeful to change this. At the beginning of the episode, she chats with a placement manager (Angela Kingsbury of THE OFFICE) about transferring departments to the Department of Answered Prayers. Reluctantly, her request is granted and upon her arrival to the dark and dismal department, she finds only one worker, Craig (Daniel Radcliff of HARRY POTTER).

The prayer-build up in the department is due to the fact they aren’t allowed to directly intervene in the lives of the humans on Earth. Instead, they can only use natural causes to change events for the person who’s praying. “Impossible” prayers go all the way to “God,” but he usually doesn’t answer them because he feels they can’t be answered. 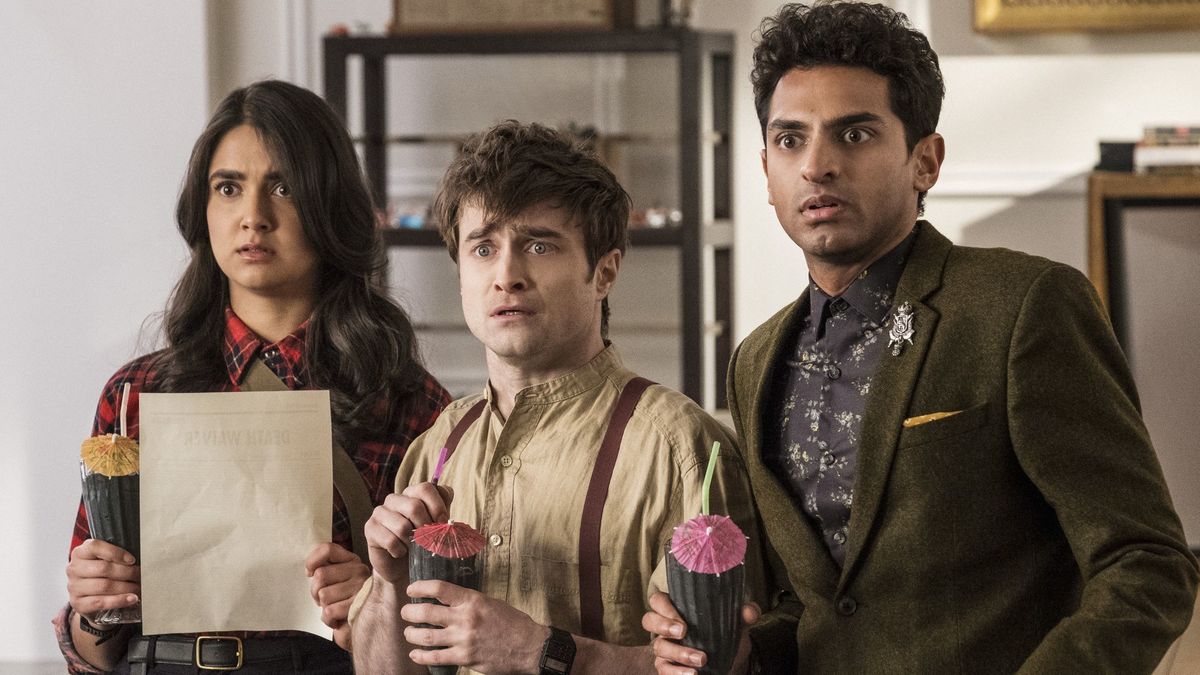 The pilot episode is called “2 weeks” because “God” decided he’s going to blow up Earth because there’s no point to it. Feeling unsettled by this, Eliza challenges him by saying: if she can answer one of the “impossible prayers,” he can’t blow up Earth. He agrees and says if he wins, she must eat a worm in front of her workers. This is supposed to be comedic, but the joke is just flat out uncomfortable and weird.

Eliza and Craig zone in on a young adult couple on the first date. Each person prays, though not specifically to “God” and rather more of a conversational request to “anyone who’s listening.” As they negotiate with “God” about the terms of the bet, “God” thinks that the couple should have “full sex” to answer their prayers for intimacy, but they end up settling for just a kiss.

Like BRUCE ALMIGHTY, there are some comedic moments, such as when Eliza creates a typhoon on accident or humans praying for better Wi-Fi, but they actually funny scenes are few and far between.

Arguably, the most disturbing component of MIRACLE WORKERS is the portrayal of “God.” In the show, “God” is lazy, not creative, passive and evidently not committed to saving his people. His very nature in the series mocks God’s real mercy and His sending Jesus to save humanity. In the show, Eliza is pretty much the God-character. Her desire to save Earth makes the audience want to root for her and not “God” because she yearns for salvation for the masses. 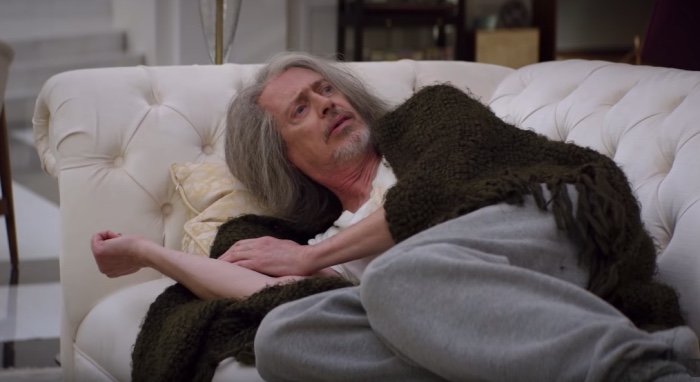 MIRACLE WORKERS is obviously not concerned with appeasing the Christian audience. In an interview with Vanity Fair, Simon Rich explained that “God” was inspired by Genesis. “One of his first [commands in Book of Genesis] is, ‘You can’t have any gods but me…. He’s this deeply insecure guy, and you work backward from that; this guy is desperate for people to sacrifice rams to him in a specific way. He wants Abraham to kill his son, or at least see if he’ll do it.” He concluded, “typically, people who are that insecure have some kind of family situation which explains it, so it was really fun to kind of figure out what our God’s backstory might be to justify his behavior.”

The filmmakers behind MIRACLES WORKERS clearly have no desire to respect the beliefs of billions of Christians across the world, and even more telling, have no understanding of who God is. It’s truly a shame because a good religious comedy could help uplift the spirits of millions of believers instead of mocking everything they believe in.