"A Day of Reckoning or a Day of Justice?" 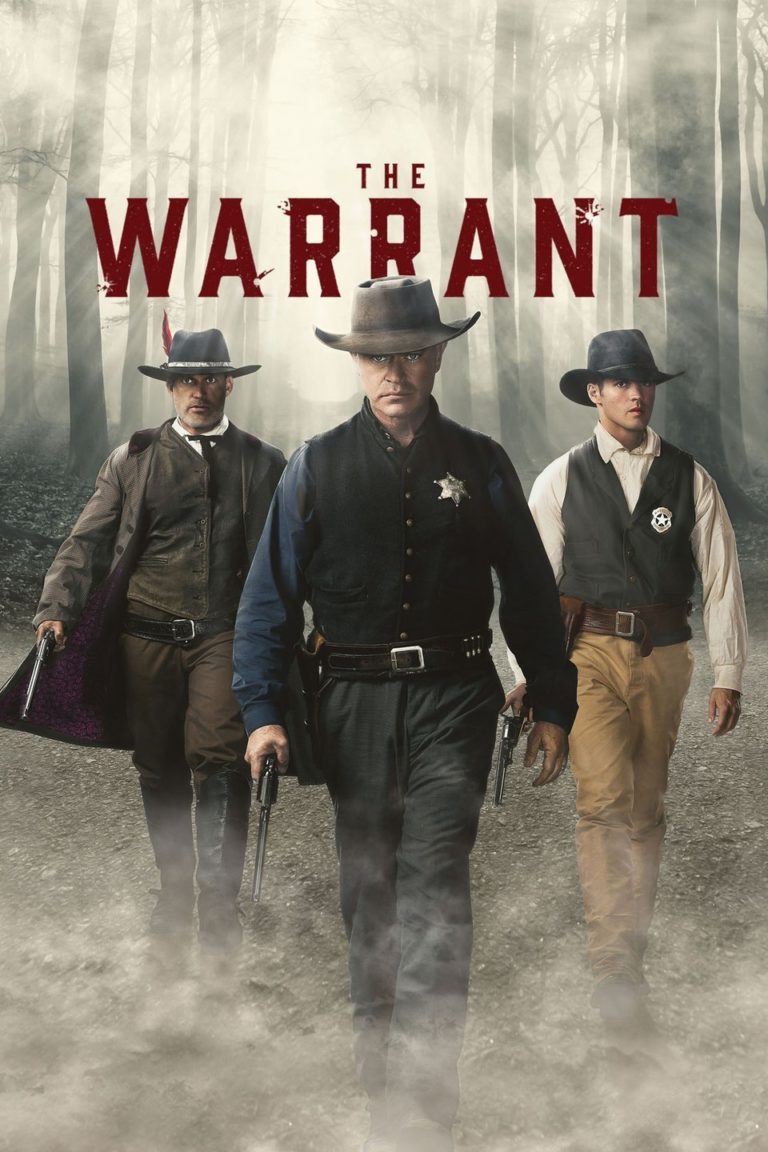 THE WARRANT is a western starring Neal McDonough as Sheriff John Breaker in an 1869 Missouri. John teams up with his son, Cal, a federal marshal, to arrest a man named Virgil, who served with them during the Civil War. Virgil has returned to Missouri to resume a rampage against former Confederate soldiers and their families because his son was killed during the Civil War. Cal has information tracking Virgil and his gang of vigilantes to Kansas. Will John offer his former friend a chance at redemption? Will Virgil face justice or a day of reckoning?

Despite the flashbacks and a few loose plot points, THE WARRANT is an engaging, enjoyable western. THE WARRANT features good performances from the cast and from Neal McDonough and Casper Van Dien, who play John and Virgil, respectively. The movie has strong Christian, moral elements stressing justice, mercy, redemption, and righteous judgment. Also, a Christian Bible is shown having a prominent place in a home. THE WARRANT is mostly wholesome but contains a fair amount of battle scenes, shootouts and fistfights. So, MOVIEGUIDE® advises caution for older children.

(BBB, CCC, PPP, VV, D, M):
Dominant Worldview and Other Worldview Content/Elements:
Very strong moral worldview with very strong Christian, redemptive values with many redemptive, moral references to justice, redemption, mercy, and reckoning that reflect the Christian worldview in America in 1864 and 1869 when the story takes place, hero mentions prayer in one scene, hero makes a comment about “better angels,” a reference to biblical faith when an image of a Christian Bible is shown in a prominent place in a household, and movie repeatedly rebukes revenge, and very justice oriented in a Pro-American way as well as Christian/biblical manner
Foul Language:
No obscenities or profanities
Violence:
Strong and light Civil War and western violence with some blood in a few scenes includes soldiers advance on one another in the woods during battles, soldiers are shot and shoot at other soldiers, gunfights between lawmen and wanted men, soldiers and people are shot dead, Confederate sniper kills a soldier’s son, and man becomes consumed with revenge, several fistfights with lots of punching and kicking another man’s torso when he lunges toward an intended victim, one man uses brass knuckles when he fights, hero knocks out large man using brass knuckles by using a piece of a fence post, man shot in upper leg, villain threatens to kill older teenage girl with his gun in a bid to escape, a soldier is murdered off screen, etc.
Sex:
No sex
Nudity:
No nudity
Alcohol Use:
No alcohol use
Smoking and/or Drug Use and Abuse:
Man smokes a cigar but no drugs; and,
Miscellaneous Immorality:
Villain’s motivation is revenge but it’s rebuked, villains steal some gold, and villains hold an older teenage girl hostage after murdering her family.

THE WARRANT is a western starring Neal McDonough as a sheriff in 1869 Missouri who teams up with his son, a federal marshal, to travel to Kansas to arrest a man who served with them during the Civil War and has started a rampage against former Confederate soldiers and their families. THE WARRANT is an engaging, enjoyable western with strong Christian, moral values extolling justice, mercy and redemption, but there is lots of Civil War and western violence that warrants caution for older children.

The movie is set mostly in 1869, four years after the Civil War, but some periodic flashbacks to 1864 show how the relationship between Sheriff John Breaker and his brother in arms, Virgil St. Denis, went downhill. Both men had their young sons, Cal Breaker and Perkins, with them on the Union side. Unlike Virgil, John believes in mercy. During one battle, John shows mercy to some retreating Confederate soldiers. Unknown to John, one straggling soldier backtracks and shoots Virgil’s son dead. Vowing revenge, Virgil leaves the camp to track down the soldier and kill him. The commanding officer orders John to go after Virgil and hang him for desertion, but John offers mercy to Virgil and tells him to head west and not return.

Now, four years later, Virgil has returned to Missouri to continue his crusade of revenge, but this time he’s hurting former Confederate soldiers who are just trying to feed their families. One day, John’s son, Cal, returns to the family homestead in Missouri. Cal is now a federal marshal, and he has a warrant from Washington to arrest Virgil. Cal tells his father, who’s now county sheriff, he’s tracked down Virgil to eastern Kansas. Kansas is out of John’s jurisdiction, so Cal wants to deputize John and John’s deputy sheriff to help go after Virgil, who’s accompanied by several other desperadoes. Meanwhile, a group of former Confederate vigilantes are also after Virgil and his gang.

Will John offer his former friend, Virgil, another chance at redemption? Will Virgil face justice or a day of reckoning?

Despite the flashbacks and a few loose ends, THE WARRANT is an engaging, enjoyable western. During the movie’s climax, the director uses some of the flashbacks to stress the movie’s Christian, moral themes extolling justice, mercy, redemption, and reckoning, a time when people are called to account for the good and the bad they’ve done. For example, John still feels guilty for letting the retreating Confederate soldier go because the soldier turned and killed Virgil’s son. He would rather arrest Virgil than be forced to kill him, but Virgil may not give him that chance. While fighting Virgil and his gang, John’s thoughts return to that fateful day during the war when he showed mercy.

THE WARRANT features pretty good performances from the whole cast. The veterans in the cast, Neal McDonough and Casper Van Dien, who play John and Virgil, respectively, stand out the most. Also impressive, however, is Steven R. McQueen, the grandson of Steve McQueen, who plays John’s son, Cal. Annabeth Gish as Cal’s mother, Roxanna Dunlop as Cal’s romantic love interest and Gregory Cruz as John’s deputy sheriff and friend also deliver noteworthy performances.

THE WARRANT is mostly wholesome but contains a fair amount of battle scenes, shootouts and fistfights. So, MOVIEGUIDE® advises caution for older children.