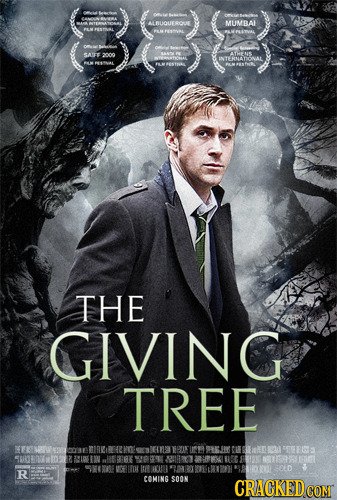 In THE GIVING, Jeremiah Pollock, a computer operator, donates $10,000 to a soup kitchen and reprograms his bank's automatic teller machines to give money to the homeless. However, Jeremiah dies, the bank discovers the "error" and the homeless end up worse off than before. Brief scenes of violence, drug abuse and street talk will offend viewers, but THE GIVING does point up the plight of the homeless and the greed, indifference and materialism of our sinful world.

THE GIVING examines the underworld of the homeless. Jeremiah Pollock is a computer programmer for a bank in Los Angeles. At a charity banquet, Jeremiah donates $10,000 to a soup kitchen, buying an opportunity to ladle soup to the disadvantaged. Jeremiah becomes obsessed with the homeless and goes on a silent hunger strike as a message of solidarity. Jeremiah conceives of a subversive computer scheme that reprograms his bank’s automatic teller machines to give money to the homeless. Most of the homeless use the money to indulge in alcohol and drug binges. The bank executives discover Jeremiah’s treachery, and he is fired, his credit is ruined and he is beaten up by the security guards. He dies from his injuries.

Jeremiah’s portrayal of a selfless martyr is marred by the neurotic aspects of his character. He feels no guilt in stealing his corporation’s funds and giving their money to the poor. Also, his martyrdom is perverted by the fact that his actions are suicidal. Brief scenes of violence, portrayals of drug abuse and a constant stream of gritty talk will offend viewers. Even so, THE GIVING sends a message of compassion to a sinful world and deserves to be noted for its interesting concept and execution.