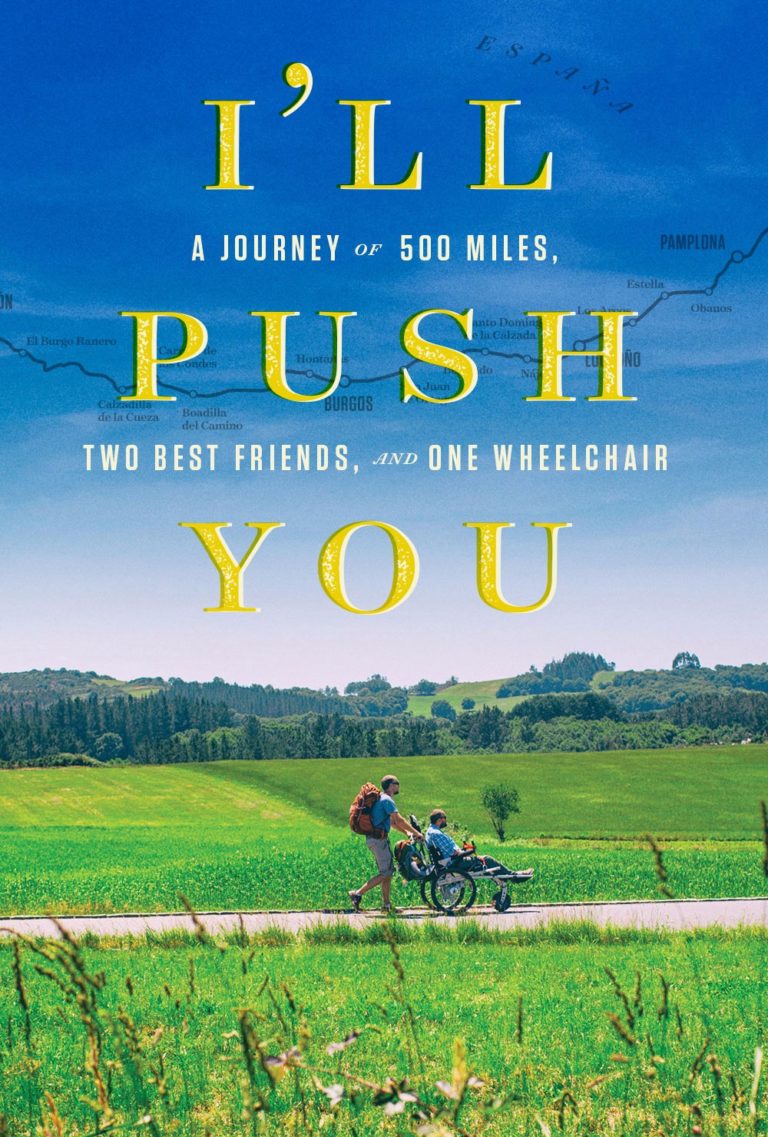 In I’LL PUSH YOU, Directors Chris Karcher and Terry Parish tell a wonderful story of adventure and friendship. Their subjects are Justin Skeesuck and Patrick Gray, lifelong best friends born only 36 hours apart in the same hospital. Together they hike more than 500 miles of the famous Camino de Santiago. However, a neurological disease has left Justin unable to walk or push his own wheelchair. This means Patrick must push Justin up and down mountains for 500 miles through the Spanish countryside.

I’LL PUSH YOU manages to capture a deep, abiding friendship between two men in a way that doesn’t feel cheesy or overbearing. Quite the opposite, the documentary is earnest, and manages to balance the stories of the men individually so that viewers can feel they really come to know both men. Beautiful scenery and camera work are the core of the documentary’s visual appeal, but are occasionally marred by distracting musical choices. There is some brief harsh language and one crude joke about sex. Otherwise, I’LL PUSH YOU is still a family-friendly movie, with a strong Christian, moral worldview.

(CCC, BBB, L, S, N) Very strong Christian, moral with redemptive values like love, family, overcoming adversity, and believing in a higher plan, direct references to prayer, belief in God’s plan, and Christian imagery; three obscenities; no violence; one joke about sex; upper male nudity, and one brief shot of a man’s rear end with his pants/underwear hanging very low; some alcohol use, mostly wine; no smoking or illegal drugs; and, nothing else objectionable.

Three simple words can start a grand adventure. Just ask Chris Karcher and Terry Perish. As an answer, they will probably show you the new documentary they directed, I’LL PUSH YOU. It is a story about friendship and adventure, about the paths we walk, and the people who help us walk them.

The movie follows two friends, Justin Skeesuck and Patrick Gray, as they walk the famous Camino de Santiago, a historic pilgrimage in Europe to the cathedral of Santiago de Compostela in Galicia in northwestern Spain. Patrick and Justin walk more than 500 miles over the course of the documentary, through mountainous and muddy, sometimes grueling terrain. Here’s the catch: A neurological disease has left Justin unable to walk or push his own wheelchair. So, Justin must rely on Patrick, his lifetime best friend, to push him those long 500 miles.

Karcher and Perish should be credited with capturing friendship on film. It is an elusive and sometimes invisible subject, but the two directors have managed to take a lifetime of friendship and give viewers a wonderful, 90 minute dose of it. Justin and Patrick are quite literally lifelong friends – born just 36 hours apart in the same hospital. Their friendship is powerful and deep, the kind of relationship people that inspires novels and movies. To experience a real-life story of friendship like this is deeply touching, and the directors show viewers friendship in a way that’s earnest and true.

I’LL PUSH YOU is full-to-brimming with beautiful views along the Camino. If nothing else, watch the documentary for that. It is the closest one can probably come to walking the Camino without flying to Europe. Karcher and Perish know how to use those beautiful views as a tool of their storytelling, framing each part of the journey with gorgeous scenery.

The musical choices are distracting and occasionally cheesy, leaving the audience wishing that the directors had let the natural music of the Camino stand as its own soundtrack. The loud, electric music of the documentary’s soundtrack simply doesn’t seem to be the right fit for the rural setting of the story.

While there is occasional harsh language, and one joke about sex, the documentary as a whole is appropriate for the whole family. As one might expect from the religious nature of the Camino de Santiago, I’LL PUSH YOU has deep religious themes and images, including a very positive view of prayer and belief in God’s Plan. The friendship between Justin and Patrick is uplifting and refreshing. Also, Patrick and Justin’s high regard for their wives and families only deepens the movie’s message of Christian community and love for each other. I’LL PUSH YOU is a kind of case study in overcoming adversity. It reminds every viewer of how important it is to rely on each other for strength.