Adrift in the Isolation of Self-Esteem 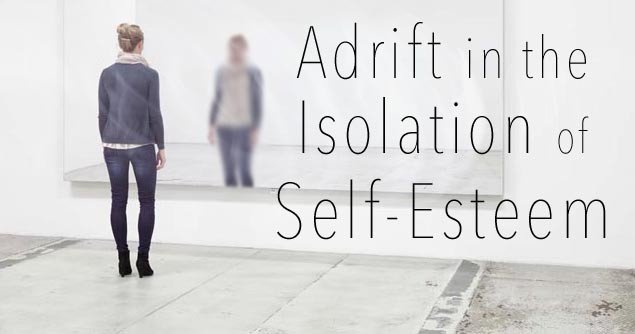 Adrift in the Isolation of Self-Esteem

Recently, the leaders of an evangelical ministry said they had been led by prayer to reach the unbiblical conclusion that anything goes. The next day, a person discussed with me that they had been led by prayer to condemn certain movies in entertainment. These presumptions are not as serious as the woman in Houston, who was told to drown her children or the other egregious examples that make it in the news. Since they come from people in the heart of the church, they point out serious reasons why we have drift from the moorings of our Christian faith.

The Bible says to test the spirits. How do we know if a word is from the Holy Spirit or from something more sinister? For centuries, the answer has been to consult the Word of God itself, the Bible. The Holy Spirit never contradicts the God’s Word. He came to reveal the Word of God to all the generations before the second coming. When Scripture is silent on a matter, you look toward a biblically based tradition. To do so, you need to know what biblically based is and how the tradition came to be.

Finally, after and subservient to the first two tests, the Bible and biblically based tradition, comes seeking the opinion of a multitude of godly counselors. Of course, it’s hard to find a multitude of godly counselors in an age when people are doing what is right in their own eyes. As Anne Graham Lotz said, “The alarms are going off to wake us up to understand the import of the disasters taking place in our age.”

So, we must wake up, but we must also wake up from the stupor from the age of stupidity, which comes from a self-centered viewpoint that rejects the authority of the Word of God and mocks Tradition.

Several of the people mentioned in the first paragraph indicated that they were normal so they were the norm. Norm means law. If they are the law, then they judge according to their own will, not God’s.

Because of this kind of silly teaching, America’s youths no longer make decisions according to what the Bible says, but according to what their own “heart” says is right, or, worse, by what they are taught in the mass media and in school. As a result, too many of our children and grandchildren have become raging narcissists, lovers of self rather than lovers of God.

The good news, however, is that no man sets the norm for behavior. God sets the norm. Better yet, God’s norm shows our need to come to Him, to be set free from all the sins of our age, including the false god of self-esteem.

Oh, Lord, reveal yourself to us through your Word written so that we can do your will according to your Word.