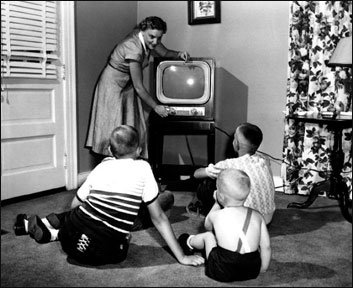 A high-level source in the entertainment industry tells MOVIEGUIDE® that the top executives of the five major TV networks refused to agree to a request by major advertisers to provide more primetime family-friendly scripted shows on their networks.

The Association of National Advertisers and its Alliance for Family Entertainment, which is supported by such well-known companies as Wal-Mart, McDonalds, AT&T, Home Depot, IBM, and Coca Cola, met with the five heads of ABC, The CW, CBS, Fox, and NBC on June 22, 2010 to present their request, along with extensive research showing the economic benefits of family programming.

According to the source, Kevin Reilly, president of entertainment for the Fox Broadcasting Company, dismissed such polls and surveys, saying in effect that Americans are not being honest when they say such things to pollsters.

“They really don’t want it,” the source quoted Reilly as saying.

When advertisers and others at the meeting objected to the kinds of offensive, anti-family material on the networks, Dawn Ostroff, president of entertainment for The CW Network, said that her network will be the one to decide what the definition of family and family programming is, according to MOVIEGUIDE®’s source.

The source also said that Nina Tassler, president of CBS Entertainment, noted that network shows deal with controversial subjects like incest because “incest is real.”

The source opined that these responses show that the people running the networks have a social agenda that would offend most Americans, especially parents of children and teenagers.

Two months ago, Nina Tassler reported to The Hollywood Reporter that CBS would be adding a gay character to three of its shows (THE GOOD WIFE, RULES OF ENGAGEMENT and $#*! MY DAD SAYS), because of lobbying from the Gay & Lesbian Alliance Against Defamation (GLAAD), a radical advocacy group who many say has an extreme agenda.

MOVIEGUIDE®’s source said the people at the networks “could care less” what the American public or the advertisers at the Associated of National Advertisers (ANA) think.

“They don’t know what Americans want, and they don’t care,” the source said.

“They don’t care enough about the viewers,” the source added. “They’re more concerned about getting fired.”

Stephen McPherson, former president of the ABC Entertainment Group, also attended, but he has since been let go by the ABC-TV for reasons unrelated to this issue.

According to ANA’s website, the Alliance represents about 30% of all advertising dollars on U.S. television.

The ANA itself represents over 400 companies, which collectively spend $100 billion in advertising and marketing every year.

MOVIEGUIDE® and its sister organization, the Christian Film & Television Commission®, are investigating ways to encourage the major networks to develop more family-friendly programming, as well as adding Bible-believing, churchgoing Christian characters in their programming.

Stay tuned to www.movieguide.org for more details in the near future.