FAITH OF OUR FATHERS: A Christian Filmmakers Reunion 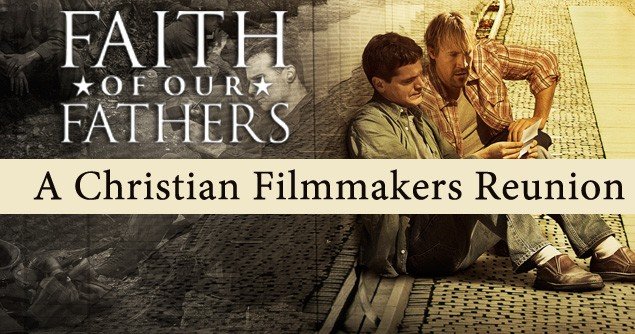 FAITH OF OUR FATHERS: A Christian Filmmakers Reunion

If you’ve seen the trailer for the new movie FAITH OF OUR FATHERS starring David A.R. White and Kevin Downes, you might be surprised to hear that they also starred in another Christian movie together over 20 years ago called THE CROSSING.

THE CROSSING (1994) was a short film in which David and Kevin were best friends. David’s character died but later returned in a vision and shows Kevin’s character what Jesus did for him. FAITH OF OUR FATHERS will clearly demonstrate that the Christian film movement has come a long way in 20 years, but it’s great to see David and Kevin teaming up again.

Kevin Downs went on the star in MERCY STREETS, TIME CHANGER, BOBBY JONES: STROKE OF GENIUS, COURAGEOUS and MOM’S NIGHT OUT. He was the producer of MOM’S NIGHT OUT and co-producer of FAITH OF OUR FATHERS with his brother Bobby.

David A.R. White went on to become one of the founders of PureFlix Entertainment who made GOD’S NOT DEAD, DO YOU BELIEVE?, FAITH OF OUR FATHERS and many more. PureFlix is the most prolific Christian production/distribution company today.

It is also interesting to note how much Christian filmmakers support each other. The movie is to be released by PureFlix and has Alex Kendrick listed on IMDB as one of its editors. Among those in the movie are Stephen Baldwin, Candace Cameron Bure, Rebecca St. James, Sean McGowan, Scott Whyte and Ryan Doom.