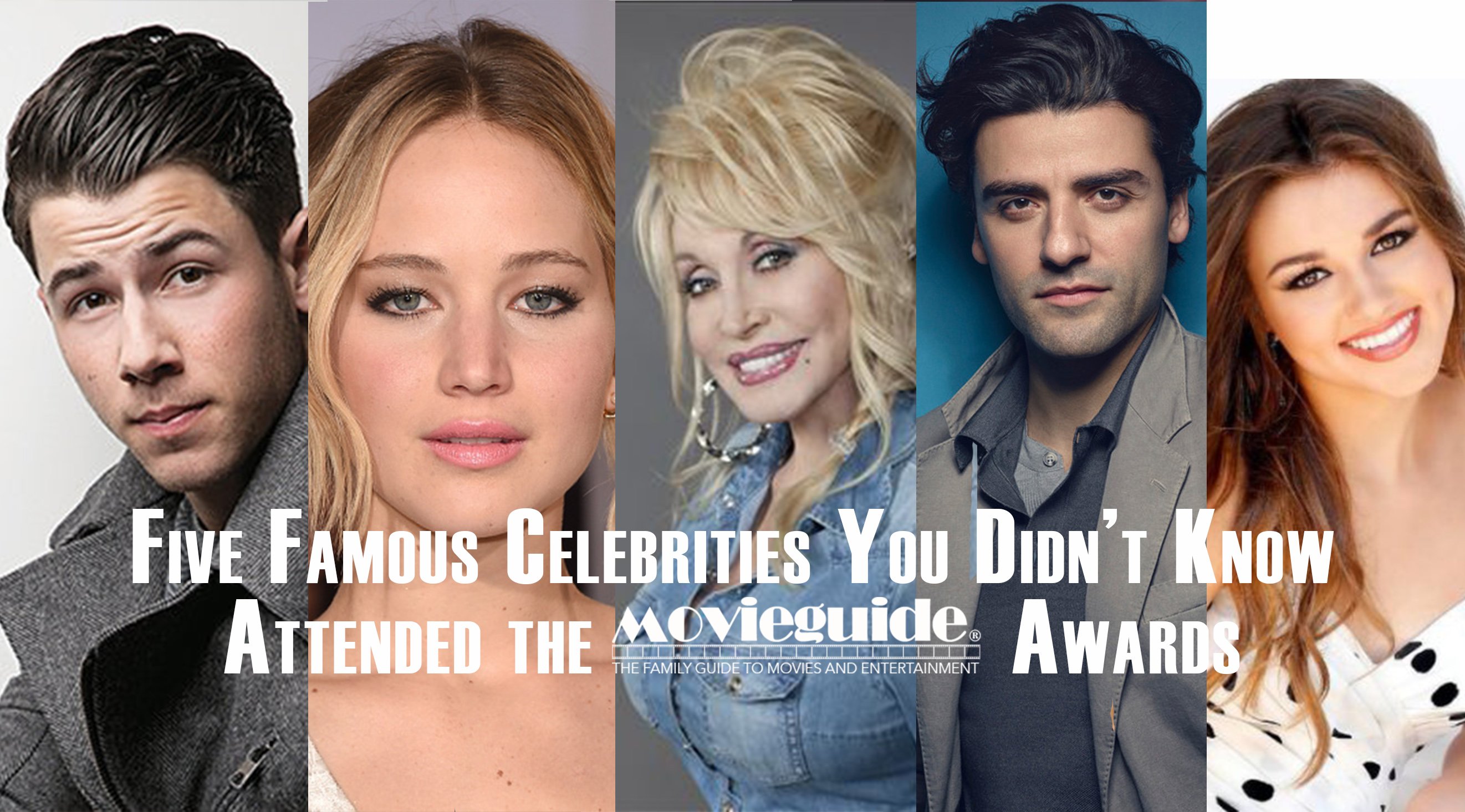 Most people know Sadie Robertson from the popular TV series DUCK DYNASTY where she stars as the daughter of Willie Robertson and granddaughter of Duck Commander founder Phil Robertson. Sadie first attended the Gala for her role in GOD’S NOT DEAD 2, and in 2016 she was asked back to co-host the 24 th Annual Movieguide® Awards. With her career just starting to take shape, Sadie will appear in the drama I’M NOT ASHAMED this October, based on the true story of Rachel Joy Scott and the Columbine high school shooting.

Oscar Isaac won the Movieguide® Grace Award as Joseph in the 2006 movie THE NATIVITY STORY. Since then, the Guatemalan actor, who grew up in an Evangelical Protestant home, has won critical acclaim for INSIDE LLEWYN DAVIS and A MOST VIOLENT YEAR. In the past few years, Oscar has also starred in major motion pictures such as STAR WARS: THE FORCE AWAKENS and X-MEN: APOCALYPSE.

In 2005, the Jonas Brothers were just three young talented boys with no idea that they would eventually become a worldwide sensation and sell 17 million albums. They performed at the 13th Annual Movieguide® Awards and in an interview, 12 year-old Nick Jonas revealed that they used the Movieguide site: www.movieguide.org. He stated, “We use [the site], actually. We go online, we check out all the things that they’re doing, you know, we go, ‘Oh, this one has too many bad words. Oh well. We’ll go see this [other movie] instead.’ It’s good. We love it.” Nick Jonas has since split from the original band to pursue his individual music and acting career.

Five time Golden Globe nominee and 10 time Grammy Award winner Dolly Parton has had an incredible career in both film and music. Last year Dolly was honored at the Movieguide® Awards as the Executive Producer of the Epiphany Prize winning television movie DOLLY PARTON’S COAT OF MANY COLORS. Dolly commented on her success and career on the red carpet saying, “I just am who I am, and I hope that if somebody sees something good in me, I want God to have the credit.”

The three-time Academy Award nominated, Oscar winning actress is probably the most liked actress in Hollywood, and definitely the most popular. While she starred in the TBS series THE BILL ENGVALL SHOW, she presented an award at the 2007 Movieguide® Awards. Since then, she’s been recognized by the Guinness Book of World Records as the highest-grossing action heroine for her role as Katniss Everdeen in THE HUNGER GAMES. She also played a pivotal role in three X-MEN movies.

Join us next year for our Silver Anniversary, 25 th Movieguide® Awards taking place February 10, 2017 in Hollywood.