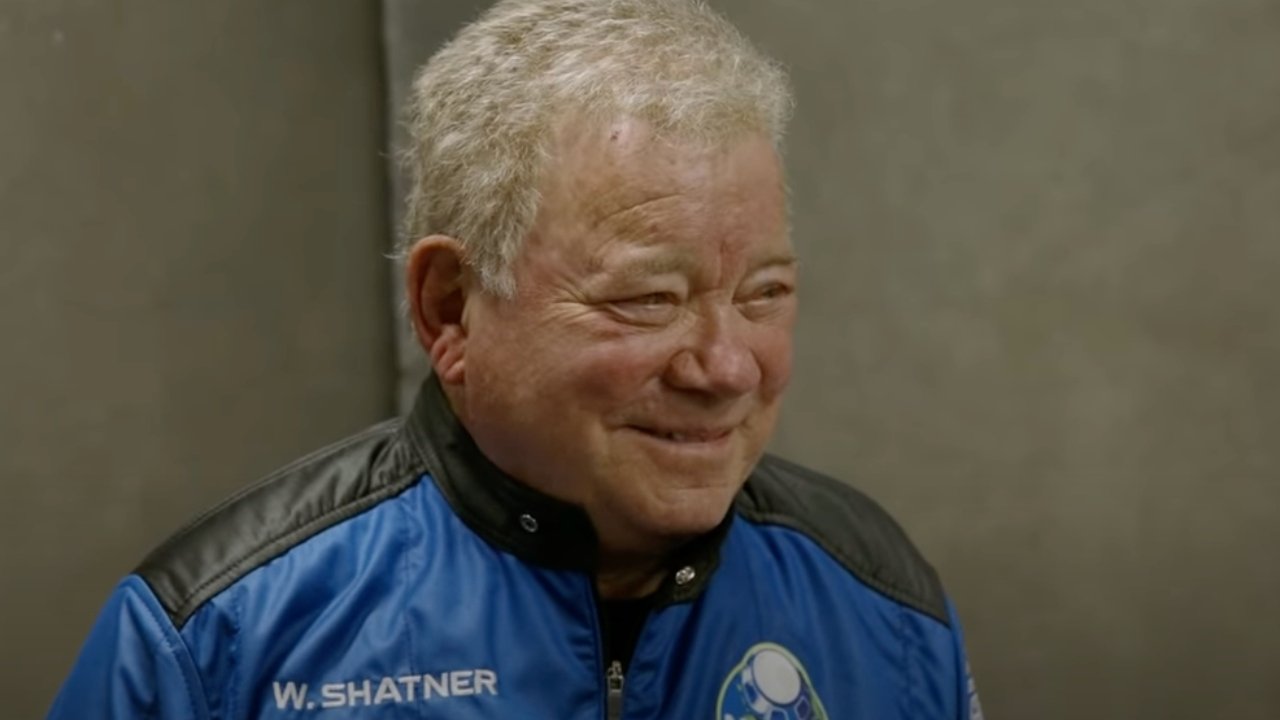 Actor William Shatner recently returned from a quick voyage into space, totally stunned by what he saw.

“In a way, it’s indescribable,” the STAR TREK actor said.

“The covering of blue, this blanket, this comforter of blue we have around us. We think, ‘Oh, that’s blue sky,’ and all of a sudden you shoot through it and you whip the sheet off you and you’re looking into blackness, into black nothingness.”

He continued, “I can’t even begin to express … what I would love to do is to communicate as much as possible is the jeopardy. The moment you see the vulnerability of everything; it’s so small. This air, which is keeping us alive, is thinner than your skin. It’s a sliver; it’s immeasurably small when you think in terms of the universe. It’s negligible, this air. Mars doesn’t have any, nothing. I mean, when you think of when carbon dioxide changes to oxygen and what is 20% that sustains our life? It’s so thin.”

The 90-year-old actor joined Blue Origin Vice President of New Shepard Mission and Flight Operations Audrey Powers as well as Dr. Chris Boshuizen and Glen de Vries as they blasted off on the aerospace company’s latest suborbital spaceflight on Wednesday. The successful mission makes Shatner the oldest person to travel to space.

The group flew to an estimated 66 miles (106 kilometers) over the West Texas desert in the fully automated capsule before safely parachuting home. Upon returning back to Earth after the 11-minute trip, Shatner emerged from the space capsule where he immediately spoke with CEO Jeff Bezos in the desert about the profound experience he just underwent.

Shatner proclaimed that the experience is something everyone should do.

“Not only is it different from what you thought, it happens so quickly,” he said during Blue Origin’s livestream.

“And not to have this? You have done something … what you’ve given me is the most profound experience I can imagine. I am so filled with emotion about what just happened. It’s extraordinary. I hope I never recover from this. I hope that I can maintain what I feel now, I don’t want to lose it. It’s so much larger than me and life; it hasn’t got anything to do with the little green and blue orb. It has to do with the enormity and the quickness and the suddenness of life and death,” he said.