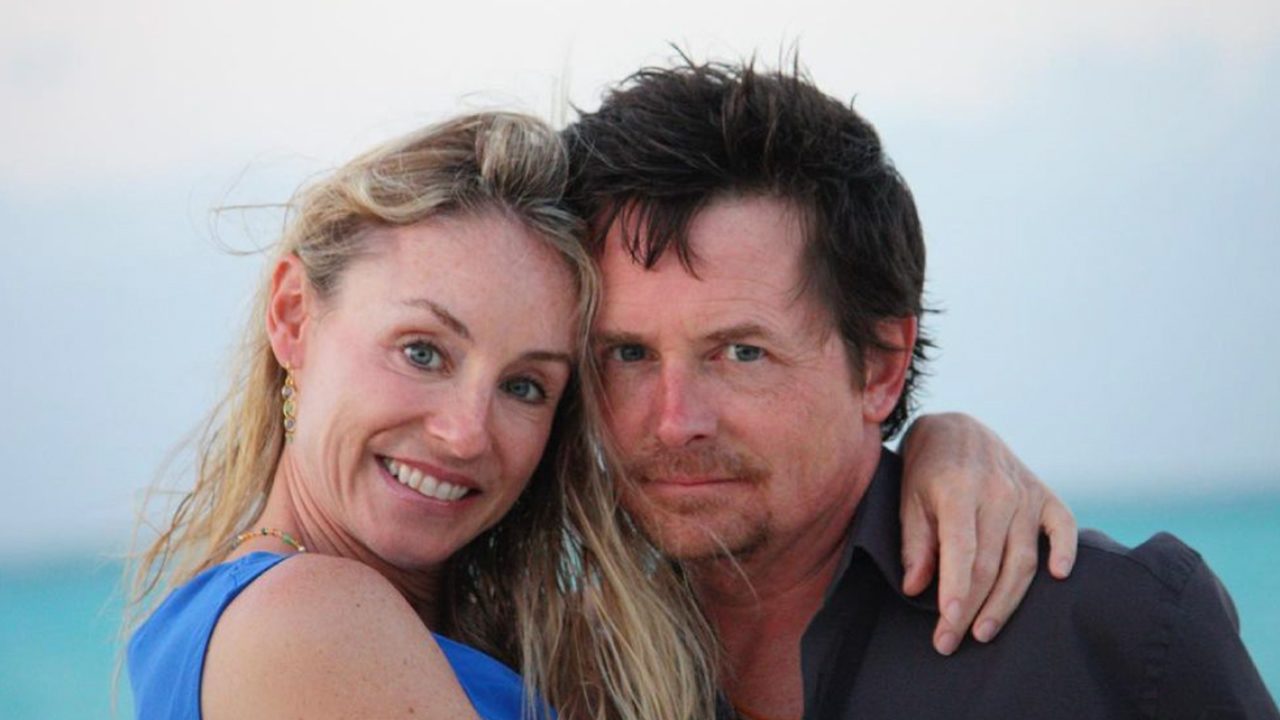 BACK TO THE FUTURE star Michael J. Fox recently reflected on his 30-year anniversary since his Parkinson’s diagnosis.

Fox, 60, told AARP that he focuses on gratitude and is a “genuinely happy guy.”

“If you don’t think you have anything to be grateful for, keep looking. Because you don’t just receive optimism. You can’t wait for things to be great and then be grateful for that. You’ve got to behave in a way that promotes that,” Fox told the outlet.

The FAMILY TIES star said that one of the things he is thankful for is his family of four children, whom he shares with his wife of 33 years, Tracy Pollan.

“I told my father I was moving to Hollywood when I dropped out of high school, and he drove me down, because I was making a living … Then I met the woman I married and had the children I had and lived the life I had,” Fox said.

“Still, it’s hard to explain to people how lucky I am, because I also have Parkinson’s. Some days are a struggle. Some days are more difficult than others. But the disease is this thing that’s attached to my life — it isn’t the driver,” he continued.

Over the past 30 years, Fox said that he battled physical tremors, rigidity, and speaking difficulties. Despite this, he continued to act in television and movies.

However, more recently, Fox said that he entered a “dark patch” in 2018 when he had to receive surgery to remove a tumor from his spinal cord.

After months of learning to walk post-surgery, Fox slipped and fell. The actor broke his left arm, and the injury required a metal plate and 19 screws.

“As I came through that darkness, I also had an insight about my father-in-law, who had passed away and always espoused gratitude and acceptance and confidence. And I started to notice things I was grateful for and the way other people would respond to difficulty with gratitude. I concluded that gratitude makes optimism sustainable,” he said.

Although the actor met his many trials with optimism, he said he began to lose hope after his health issues.

“Parkinson’s, my back, my arm … it still didn’t add up to moving the needle on the misery index compared to what some people go through,” Fox said. “I thought, ‘How can I tell these people, ‘Chin up. Look at the bright side. Things are going to be great”?'”

However, Fox said that gratitude sustained him through the difficult time.

“Optimism is really rooted in gratitude,” Fox said. “Optimism is sustainable when you keep coming back to gratitude, and what follows from that is acceptance. Accepting that this thing has happened, and you accept it for what it is. It doesn’t mean that you can’t endeavor to change. It doesn’t mean you have to accept it as a punishment or a penance, but just put it in its proper place. Then see how much the rest of your life you have to thrive in, and then you can move on.”

The actor turns 60 next June and is excited to spend time with his children and his wife, Tracy Pollan. The couple share son Sam, 31, twins Aquinnah and Schuyler, both 25, and a daughter Esmé, 19.

“My life now is quiet, and I’m actually having a really good time,” Fox says. “People don’t believe me, but I love life. I love being with my family. I love being with Tracy. I love that I don’t do a lot of useless stuff that I used to do, because I don’t have the energy or the time. I’m grateful that I went through a crucible there in my late 50s. I figured some of this crap out finally, and it didn’t haunt me into my 70s and 80s.”