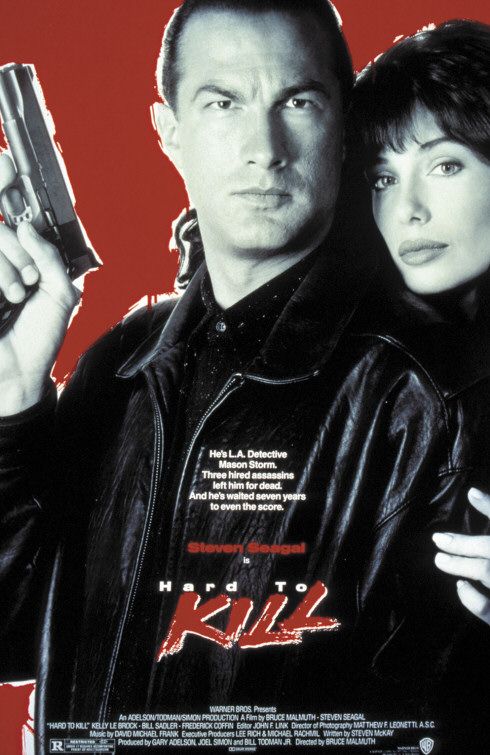 When Detective Mason Storm video and audio tapes an incriminating meeting in 1983 between a corrupt California senator and an underworld figure, he and his wife are ambushed by gunmen at home. Presumably killed, Storm revives at the hospital. His boss, Lt. O’Malley, snatches the audio portion off Storm, who had already hidden the video, then gives instructions to the emergency-room staff to rename Storm as a “John Doe” coma patient.

Storm emerges from his coma in 1990 after seven years, and his true identity becomes known. After playing cat-and-mouse with a would-be assassin, he is whisked away by his attendant nurse to an isolated country home. There he convalesces, which includes resuming his martial arts training, practicing acupuncture in front of a Buddha statue and having sex with the nurse.

Storm makes contact with O’Malley, who, intimidated by the corrupt policemen connected with the senator, was forced to resign from the department. Their plan is to use the audio tape that O’Malley has kept, and the stashed videotape which Storm plans to retrieve, to bring the senator to justice.

The action scenes are hokey and unbelievable, especially when Storm obliterates over a dozen machine gun-equipped henchmen with his semi-automatic pistol. However, everything is possible when you’re “hard to kill.” Also, the film advocates revenge; and, if that ungodly premise isn’t enough, the movie paints an unreasonable and inaccurate picture of politics by depicting the corrupt senator living in a lair surrounded by no one except thugs. Drug overlords and kingpins have been presented with more depth than this fellow. Do yourself a favor and skip HARD TO KILL.