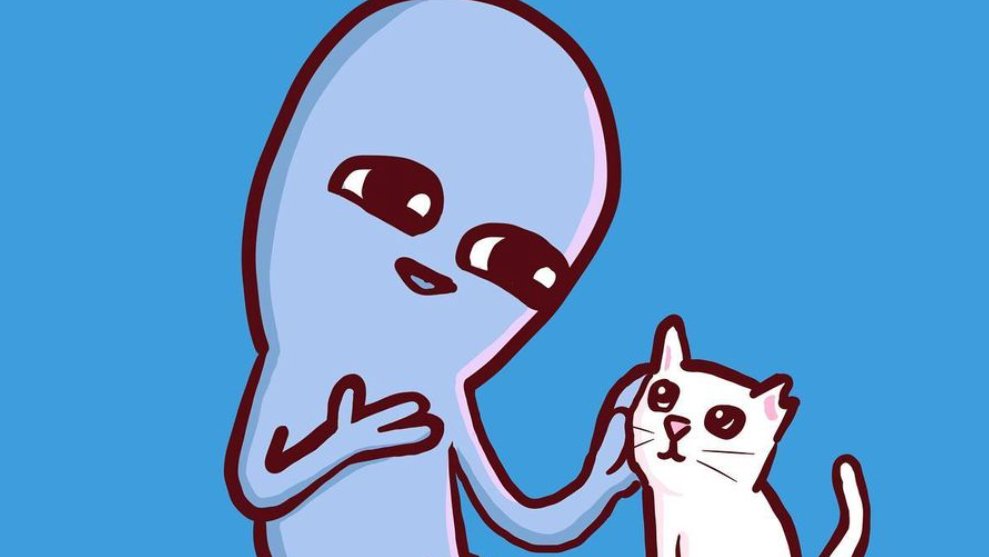 Apple Studios announced a Strange Planet adaptation is in the works based on the webcomic by Nathan Pyle.

Partnered with Pyle for the upcoming project is writer Dan Harmon.

Pyle’s Strange Planet features alien “beings” from another planet. While the blue aliens’ planet has a lot in common with Earth, they describe their lives and the world around them in a unique and humorous way. For example, they refer to sunbathing as “sun damage” and sneezing as “face fluid explosions.”

Aside from publishing two books and webcomics, Pyle is also an outspoken Christian who is not afraid to share his beliefs through his work.

The artist received backlash due to a pro-life comic posted to Twitter from 2017.

On April 8, a 2017 tweet made by Pyle in defense of the anti-abortion rally March For Life started to gain traction. In it, Pyle quotes a Facebook post from his then-girlfriend who wrote that she was “given a chance to live.” “Thank you Father for the stories of others from last year’s March For Life who were also discarded or abandoned, yet were given a chance to live,” she wrote.

While a few fans were not happy with his comic, Pyle later came out with a statement about his Christian faith.

Pyle also shares the occasional comic, which represents a passage of scripture.

“One of my favorite verses, Matthew 6:34,” Pyle captioned one of his illustrations, adding: “I always think about James 4 as I read Jesus’s words here and think about humility that comes from considering how fragile life is…”

one of my favorite verses
Matthew 6:34 pic.twitter.com/cdXMFQ7VGs