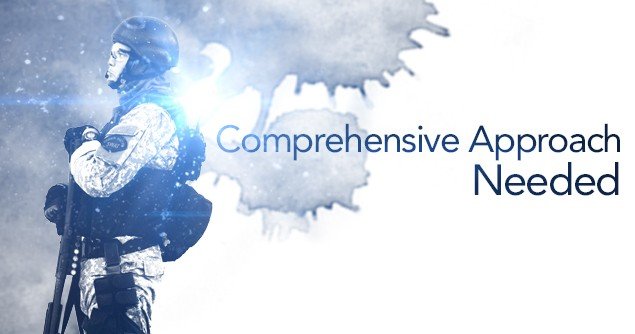 The subject of guns in movie theaters has been much in the news recently. It has even been a topic in the Republican debates, in the context of gun-free zones.

Research suggests that the issue of guns in theaters is a complex, multi-faceted one that must take a comprehensive approach. Some of the factors in this complex maze can be aligned in a series of correlations that involve the following issues:  psychological boundaries for children as their brains develop; parental supervision; comprehensive care of the mentally ill; close supervision of drug use (prescribed and street drugs); supervision of alcohol use; public security measures; and, more.

According to neuroscientist and co-author of the book “Welcome to Your Child’s Brain,” Sandra Aamodt and other scientists, under most laws, young people are recognized as adults at age 18, but science about brain development suggests that most people don’t reach full maturity until the age of 25.

Related to the other end of the continuum of developing brains, scientists have also suggested that the process of youth brain development includes stages before 7 or 8 when a child has difficulty discerning fantasy from reality and when a child has not yet developed his or her own moral conscience.

It is critical that parents and supervisors understand stages of brain development in youth and the need for boundaries that protect developing youth from experiencing what is inappropriate at various stages. Without supervisory boundaries, children and youth who are exposed to too much too early can develop attentional, emotional, and mental imbalance. These developing problems can then lead to prescribed drug use.

According to the CCHR Mental Health Watchdog reports on school-related acts of violence, including mass school shootings, many of these have been “committed by individuals taking or withdrawing from psychiatric drugs documented in 22 drug regulatory agency warnings to cause mania, psychosis, hostility, aggression and homicidal ideation.”

The article “Psychiatric Drugs And Mass Murder:  Exploring The Connection,” refers to a report by Rick Nauert, Ph.D. “Video Games Desensitize to Real Violence.” This Psychiatric Drugs article also refers to the “proliferation of violent media images over that period of time could very well be presented as evidence in favor of the mass murder/media violence thesis. . . but while violent imagery in the media might explain violent behavior in youth to a certain extent. . . a shockingly high number of the most infamous cases of mass atrocity that have been committed on U.S. soil in recent years, the perpetrators were people who had been in treatment for psychiatric disorders.” For many years, there have been reported links between psychiatric drugs and mass murder. There have also been correlations between alcohol use and gun violence.

Despite obvious and public signs of mental illness, and his family’s efforts to get him involuntarily committed to a hospital due to being a danger to himself and others in 2008, the recent Lafayette movie theater shooter was able to walk into an Alabama pawnshop six years later and buy a .40-caliber handgun. In a recent AP report concerning the Lafayette movie shooter, who killed two people and wounded nine others before killing himself at a Thursday showing of TRAINWRECK, Sheriff Heath Taylor in Russell County, Alabama, said his office had denied him a concealed weapons permit in 2006 based on arson and domestic violence allegations, even though the victims declined to pursue charges. The shooter had evidently piled up many complaints, but no evidence had surfaced of any criminal conviction that would have kept him from passing the background check required for many gun purchases. (Federal law does generally prohibit the purchase or possession of a firearm by anyone who has ever been involuntarily committed for mental health treatment.)

Questions about system gaps have also arisen after James Holmes bought firearms to kill 12 people and wound 58 others in a Denver suburb three years ago, and after Dylann Storm Roof allegedly used a gun he bought this year to murder nine churchgoers in Charleston, South Carolina.

Both young men had showed signs of trouble, but neither of them had criminal convictions, nor were they hospitalized involuntarily.

Roof had admitted to illegal drug possession in a pending criminal case that under federal rules would have disqualified him from a gun purchase even though he wasn’t convicted. Evidently, the FBI background check examiner never saw Roof’s arrest report because the wrong arresting agency was listed in state records and the three-day hold timed out.

Judge Susan Tate, who presides over a probate court in Athens, Georgia, and has studied issues relating to weapons and the mentally ill, has said that an involuntarily commitment order normally prompts a judge to file a report with the Georgia Crime Information Center. Evidently, this center keeps about 5,000 records on people who cannot buy guns because they have been judged insane, involuntarily hospitalized or legally depend on someone else to manage their affairs. Those state records evidently feed the FBI’s database. As in many states, Georgia has a highly decentralized court system, spread over 159 counties. Further, experts have long worried that probate judges are likely not reporting every mental health commitment.

The medical and legal supervision of the mentally ill is complex.

“It’s not just about getting better medications – it’s about providing the supportive services, jobs, access to housing,” Dr. Renee Binder, president of the American Psychiatric Association, has said.

Then, recently, Republican debates have included discussions of gun-free zones. The Gun-Free School Zones Act (GFSZA) is a federal United States law that prohibits any unauthorized individual from knowingly possessing a firearm at a place known as a school zone. A gun-free zone is an area where use or possession of firearms is considered as a crime. The question of whether or not gun-free zones encourage criminals to take advantage of “soft-targets” has been a hot topic of debate for many years. In very recent surveys and studies, most moviegoers have expressed an interest in more security at movie theaters in the forms of security guards, metal detectors, and bag searches, as in many other entertainment venues, because movie theaters have become one of the “softest” targets with limited security in many cases. Movie theaters are now beginning to provide more surveillance and monitoring of audiences, as well as more security measures.

There is not a simplistic answer to the complex, multi-faceted problem of violence in public places. All of us must contribute to the multiplicity of solutions: vigilance of our surroundings, careful supervision of those under our care, support of comprehensive care for the mentally ill, review of security laws, use of consumer power to encourage security and more. The Rev. Franklin Graham suggests that fundamentally, honoring God, asking for His protection, and seeking His wisdom in our personal and public lives is probably the wisest place to start.