Dissecting the Pope’s Politically Correct Vision in His New Movie 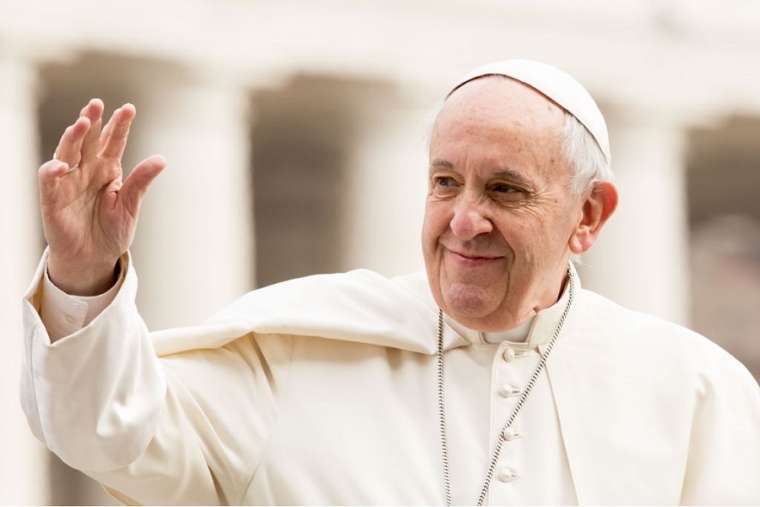 Dissecting the Pope’s Politically Correct Vision in His New Movie

POPE FRANCIS:  A MAN OF HIS WORD is a documentary depicting the worldview of Pope Francis on a number of social, spiritual, and political issues. Rather than telling Pope Francis’ life story, the documentary takes a philosophical and sometimes political approach.

Director Wim Wenders, a self-professed Christian himself, starts off the movie by asking asks some questions about how human beings should spend their lives. Using footage from around the Earth, Wenders mentions a litany of mankind’s ills, including wars, violence, terrorism, environmental destruction, and poverty. He says the Earth will soon have eight billion people in it, with one billion destined to be in dire poverty.

This statistic is false. The number of people “living in extreme poverty” has been decreasing for the last three decades, according to authors Max Roser and Esteban Ortiz-Ospina. Also, according to the United Nations Food and Agriculture Organization, the number of hungry people in the world has fallen from about 1.011 billion people in 1990-1992 to 794.6 million people in 2012-2014. That doesn’t stop Pope Francis, however, from talking about world poverty in the movie as if it were getting much worse.

One of the misleading leftist canards the movie repeats is the idea that 20% of the people in the world own 80% of the world’s wealth.

In the first place, capitalism tends to reduce the amount of poverty in a country. Not only have has there been a reduction in poverty in the last three decades, but poverty has been declining since the beginning of the Industrial Revolution, spurred on by the advent of capitalism in Great Britain, the United States, Europe, Asia, and many other areas in the world. In contrast, socialist policies can increase the level of poverty and income inequality. For example, studies have shown that minimum wage laws reduce the number of jobs and reduce people’s income because businesses under minimum wage laws not only eliminate jobs but also reduce the hours their employees work. The destruction of Venezuela’s capitalist economy because of utopian socialist mismanagement is just the latest in a long string of socialist failures.

Also, the specific people in the 20% that the Pope mentions fluctuates. Thus, many people with less wealth can gain wealth to enter the 20% while many other people can lose wealth and drop out of the 20%. In a 2014 interview, Economist Thomas Sowell noted, “Americans who, for example, start out in the bottom 20 percent, over 95 percent of the people who start out there are no longer there 15 years later. In fact, more of them reach the top 20 percent after that period of time than remain in the bottom 20 percent. So, the stats that are normally quoted are usually very misleading.” Sowell added that about 10 to 12 percent of people live in mountain regions, which tend to be areas with high levels of poverty. He also noted that people in Sub-Sahara Africa live in a more poverty-stricken area because the desert and their lack of sea ports separates them from the rest of the world and thus limits their access to sources of wealth creation. Finally, he noted that wealth can depend on cultural differences. For example, the population in Japan tends to be older, and older people tend to have more wealth than younger people.

Pope Francis and Wim Wenders also talk about the evils of human pollution and human-caused climate change. They and their documentary overtly support the Paris accord on climate change, which Pres. Trump decided to abandon.

In the documentary, Wenders claims that species are going extinct at a much higher rate because of human pollution and human-caused climate change. However, this claim of an increasing number of extinctions has been disputed by some experts, who are worried about environmental science losing credibility. Wenders also shows images of human pollution and waste, such as a large landfill where poor people are picking through tons of garbage as if this is a common occurrence in many places around the world. Wenders follows up these sad images with an urgent plea by Pope Francis to the world’s people to stop consuming and wasting so much stuff. Accumulation of plastic in our oceans is a valid concern, but modern, capitalist methods of using landfills greatly lessen their negative impact on the environment. Also, it is capitalist countries, like the United States, that have developed ways to reduce human pollution greatly and even make our air and water pretty clean, especially when compared to socialist countries like the old Soviet Union and when compared to many developing countries.

There are some good things in POPE FRANCIS:  A MAN OF HIS WORD. For example, the Pope promotes the importance of family and the value of a hard day’s work. However, as the above examples show, the documentary is marred by empty, and even false, politically correct, socialist, and radical environmentalist platitudes and comments that are extremely misleading.

Note:  A journalist with more than 25 years of experience, Dr. Tom Snyder is editor of MOVIEGUIDE®:  The Family Guide to Movies and Entertainment. He has a Ph.D. in film studies and popular culture from Northwestern University in Evanston, Ill., and a BA degree in political science from Wright State University in Dayton, Ohio. He did post-graduate work in the philosophy of science under Dr. J.P. Moreland at Simon Greenleaf University in Santa Ana, Calif.