Hollywood and the White House — Screenings Can Boost a Movie’s Revenues, Profile 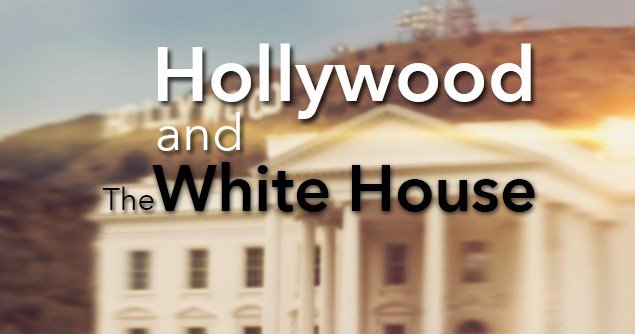 By Michael Flaherty, for the Deseret News

This week marks the 100-year anniversary of the most influential shotgun wedding in American history — the unholy matrimony of Hollywood and Washington, D.C. It was on this day in 1915 that David Wark Griffith — also known as D.W. Giffith — had completed his trek from Los Angeles to Washington, D.C. Arriving at Union Station, Griffith made his way to 1600 Pennsylvania Ave., hauling 12 silver canisters that contained his recently completed film, “The Clansman.” Already a pioneering director in the new world of cinema, Griffith was about to add another first to his resume: the first White House screening of a feature film. Griffith had such high hopes for his film that he was about to give it a new title — “Birth of a Nation.”

The screening was conceived by Thomas Dixon, the author of the best-selling book that Griffith  had just adapted into his ambitious new film. As an undergraduate of Johns Hopkins, Dixon had become friendly with another son of the South — Woodrow Wilson. Dixon had gone on to become a best-selling author, while his college pal went on to become a historian before being named president of Princeton University and then getting elected as the 28th president of the United States. Dixon visited President Wilson at the White House to make a personal appeal for him to see the film. The president agreed, on one condition: that the White House screening remain a private affair without any mention of it to the media.

Both Griffith and Dixon agreed to this key condition without any intentions of honoring it. They saw the screening as too good of a publicity opportunity to pass up. Dixon knew that the implied endorsement of the president would provide “a powerful weapon” in the film’s publicity arsenal. No stranger to racial fear-mongering and name-calling himself, Wilson wrote in his seven-volume series on American history that Northern Republicans were determined to “put the white South under the heel of the black South” during Reconstruction. Griffith was confident that the president would be a sympathetic audience.

By all accounts, the screening in the East Room was a success, and President Wilson went to bed thinking that he had done his friend a favor. The next morning he could return to affairs of state. However, just days later, Wilson would become the first politician to learn that Hollywood trumps even Washington when it comes to broken promises and self-promotion. Paying zero attention to the presidential request, Griffith sent a telegram to his friend Grace Kingsley, the entertainment reporter at the Los Angeles Times, proudly trumpeting his screening with the president.

After Kingsley reported about the screening in the L.A. Times, the news quickly boomeranged 3,000 miles back and was reported in the Washington Post. President Wilson refused to address the topic with reporters, but news of the screening — and the implied endorsement carried with it — became a centerpiece of the film’s marketing campaign as it rolled out to new cities. Nowhere was the battle fought at a higher fever pitch than in Boston, as Dick Lehr writes in his brilliant new book on the subject, “Birth of a Nation:  How a Legendary Filmmaker and Crusading Editor Reignited America’s Civil War.” Yet in Boston — as in the rest of the country — Griffith and his defenders would always make mention of the “wonderful” reception the film received from the president and his Cabinet. As Dixon had predicted, the screening had become the film’s most powerful weapon.

Sadly, that was not the only outcome that Dixon had rightly predicted. Writing to Joseph Tumulty, President Wilson’s private secretary, Dixon wrote about his belief that film was becoming “the mightiest engine for molding of public opinion in the history of the world.” Far more interested in the new medium for its potential as propaganda than art, Dixon confessed his hope that the film would “revolutionize Northern sentiment” and “transform every man in my audience into a good Democrat.”

Through their glamorization of the Ku Klux Klan as gallant heroes, Griffith and Dixon had indeed succeeded in changed hearts and minds. When the film was released, the Ku Klux Klan numbered fewer than 100 followers. Just six years after the film was released, its membership swelled to nearly 100,000. Since that fateful screening 100 years ago, film executives — myself included — have recognized White House screenings not only as a way to boost box office receipts but as a way to raise the profile of different issues and shed light on injustice.

Last month, nearly one century later, President Barack Obama held the most recent White House screening for the movie “Selma.” Among the guests were Ava DuVernay, the African-American director whose film had been nominated to receive the Oscar for Best Picture. Shockingly, however, Ms. DuVernay did not receive a nomination for her work as the director. Many theories abound for the reasoning behind the snub, but some center around the portrayal of President Lyndon Johnson in the film. Perhaps the Academy would have regarded the film in a different light if Ms. DuVernay had included a curious fact about President Johnson and the White House Screening Room.

According to the White House website, President Johnson holds the record for watching one movie more than a dozen times, sometimes even on consecutive nights. The film? A 15-minute homage to himself, narrated by Gregory Peck.

Washington and Hollywood sure do have a lot in common.

Editor’s Note:  Michael Flaherty is Co-Founder of Walden Media and recently launched Good Thief Films. He is a member of the Editorial Advisory Board.