Why Hollywood Would Be Wise To Promote Marriage 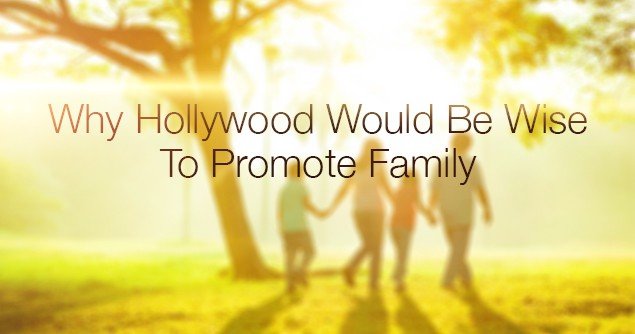 A September 2014 report by the U.S. Bureau of Labor Statistics reveals that married parents with children between six and 17 years old average $1,351 in entertainment fees and admissions. Single mother households average only $404. This translates into $19 billion in entertainment spending by married parents with children to only $2.7 billion from single mother families.

The Bureau of Labor study shows conclusively it’s to Hollywood’s financial advantage to promote marriage and the traditional family. The demise of the traditional family is costly to those who sell movie tickets, DVDs, movie related consumer goods and such things as cruises and theme parks.

The Brookings Institute reports that 82 percent of white American adults 30 to 39 years old lived as married couples with children in 1969. By 1998, that number dropped to 55 percent. African-American’s dropped from 58 percent to 32 percent. Single parents rose from four percent of whites to 19 percent and African American’s rose from nine percent to 29 percent. This trend is the leading cause of poverty and the growth of income disparity in the United States.

When marriage is undermined, children wind up deprived — and worse.

The Heritage Foundation reports, “Recent research demonstrates that marriage provides a safe environment for all family members, one in which child abuse and fatality are lowered dramatically.” They concluded, “Something is seriously and deeply wrong with a society that has lost its ability to foster stable environments — especially two-parent families with married biological parents — within which children are loved and protected.”

The Heritage Foundation quotes a study from Britain that found:

Many studies show that children raised by single mothers are far more likely to drop out of school, use drugs, commit crimes, go to prison, have children out of wedlock, be unemployed and commit suicide.

Those in Hollywood would benefit financially from a demographic revival of the traditional family, but the benefits to children would be far more valuable than money can measure.

At Movieguide®, we want to see Hollywood prosper making movies that strengthen marriages and families, but our far greater desire is to redeem the culture to the point that fewer and fewer children are raised in poverty and subject to abuse.