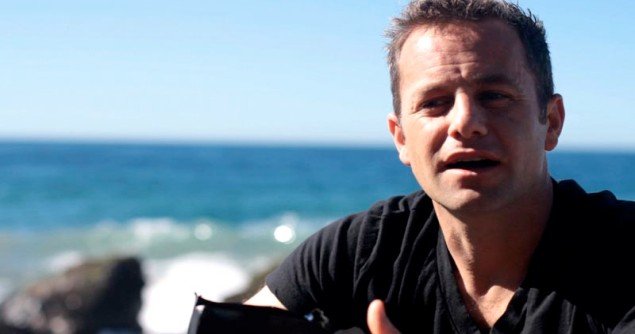 Once again, Christians emphasized their desire for faith-based programming with Kirk Cameron’s latest project, his illustrated lecture UNSTOPPABLE, a live event that pulled in more than $2 million Tuesday.

Although major movies often do much better at the box office, that amount is a record for NCM Fathom Events, a company that broadcasts live event simulcasts.

UNSTOPPABLE, which ran on 700 screens as a one-night live event, featured live musical performances from Liberty University in Virginia, where Kirk Cameron himself introduced the movie and moderated a Q&A session.

Kirk Cameron told The Hollywood Reporter, “We were hoping for good numbers, but weren’t expecting this to be quite so exciting. This is great.”

With Christians showing up all over the country, a statement has been made regarding the type of themes and messages Americans would like to see in theaters. Messages about God’s unconditional love and His masterful plan not only encourage those who hear them. They also inspire people to be lights in a dark world.

Movieguide® urges Hollywood to take notice of the Christians around the world that want better, more uplifting, and more inspiring entertainment explicitly acknowledging their faith.

Movieguide Publisher Dr. Ted Baehr says, “The message of love, hope and faith that Kirk brings is highly encouraging and very important for this generation.”

The limited success of UNSTOPPABLE will allow the movie to be screened a second time nationwide on October 3.

Although it is not a real movie and has its flaws, Movieguide®’s review of UNSTOPPABLE notes:

“UNSTOPPABLE contains a very important Christian message reminding us of God’s love and His grand plan for the human race. Kirk Cameron’s message will encourage many people who are struggling with loss or pain.” For a full review of the message, content, and quality of UNSTOPPABLE, click here.