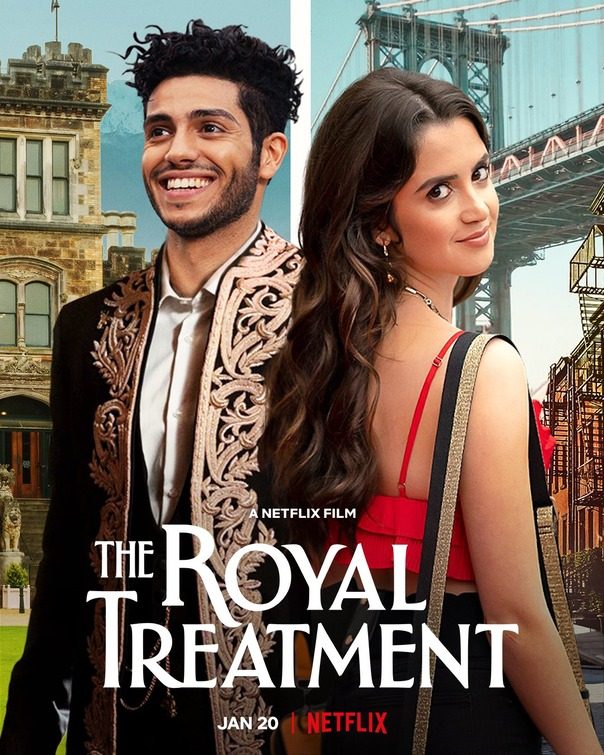 In THE ROYAL TREAMENT, a sweet, sassy hairstylist in New York City sweeps a privileged prince off his feet. Justice-driven Isabella “Izzy” helps her mom and grandmother run the family beauty salon. Prince Thomas of Lavania, a pampered royal is in New York for his engagement and needs a hair stylist to manage his unruly hair. The prince appears at the salon for a haircut. Izzy arm-in-arm with her salon friends, Destiny and Lola, go to Lavania for their wedding assignment. However, they discover that things are not going to be easy. Their adventures in Lavania unite the dreams of both Izzy and Prince Thomas.

The tone of the story is light-hearted fun with great imagery. A biblical worldview is present; there’s a strong message to help the unfortunate. Izzy loves to talk with and help children. The characters are modestly dressed except for bare midriff and cleavage. There’s no strong language or smoking. The main characters drink wine in one scene. One character discussed a past homosexual relationship. Caution is recommended.

(BB, CC, Ro, Ho, L, V, S, N, A, M):
Dominant Worldview and Other Worldview Content/Elements:
Strong moral worldview with a focus on helping others and female lead’s family is devoutly Roman Catholic, but the PC Gandhi quote, “Be the change you want to see in the world” unites the dreams of two people, plus one side character is homosexual
Foul Language:
No obscenities, but nine OMG profanities
Violence:
Light incidental violence such as a maid drops a tea service
Sex:
No sex scenes, but one man says he gave up a same-sex relationship for duty, and the cartoon credits show a reunion between the two men, plus two kisses between the main characters
Nudity:
No nudity, but female lead’s midriff area is usually bare, and two other characters have propped up cleavage, plus the Prince’s bare back is seen for a split second while he puts on a shirt
Alcohol Use:
One scene involves drinking wine
Smoking and/or Drug Use and Abuse:
No smoking or drugs; and,
Miscellaneous Immorality:
Lying (by omission), extortion (by a lease manager), slander from a mother-in-law to be).

Community-minded and justice-driven Isabella “Izzy” helps her mom and Italian-speaking grandmother, “Nonna,” run the family beauty salon business, Bellissime. Izzy’s absent-minded salon besties, Destiny and Lola, accidently overload electrical circuits. This causes a fire, which Izzy puts out with a fire extinguisher. Doug, the lease manager, shows up immediately to extort a payment from Izzy to avoid any troubles with the landlord. Izzy gives up her travel savings much to the dismay and disgust of all in the salon.

On the heels of Doug’s visit, she shares that she has been wrestling with whether or not to take the job offer to run the community center. Her mother assures her that her place is helping her in the salon.

Simultaneously, Prince Thomas of Lavania, a dour pampered royal, happens to be in New York for his engagement party and needs a hair stylist to manage his unruly mane of hair. He laments that nobody seems to be honest with him as he’s constantly flattered. He requests a haircut, because he’s disgusted with his photo in the tabloids. Walter, the butler, seeking to assuage the prince, proceeds to search for “Belle, the best salon in New York” via voice dialing and dials Bellissime by mistake.

When Izzy receives the call, she doesn’t believe it at first, but then realizes this is a genuine offer and bumps up her rate to match the royal budget. Upon arriving at the hotel suite, she surprises the prince by following protocol, which she read while riding the subway. Just before she starts to snip away his wavy locks, a maid comes to deliver tea which the prince waves away. The maid drops the tea service and the Madame in charge berates the maid. The instantly irate Izzy jumps to the rescue and helps the maid pick up everything and speaks kindly to her.

Izzy lashes out at Prince Thomas, asking why he didn’t say anything to make the maid feel better. He brushes it off, so she leaves without finishing the haircut, but compliments him on his shirt.

The prince, who notes Izzy’s refreshing candor, appears later that evening at the salon to apologize and ask if he could get the haircut. The salon is bristling with excitement to have the prince there. The next day everyone shrieks with delight when the salon is hired for hair and makeup at the wedding in Lavania.

Izzy arm-in-arm with her salon friends, Destiny and Lola, leap into the lap of luxury for their wedding assignment with glee. However, they all discover that things aren’t going to be as posh and easy as they expected. Even Prince Thomas discovers royal secrets that have been kept from him, and he’s forced to make a difficult choice. Furthermore, the scheming mother-in-law to be sets on a course to prevent anything from derailing her daughter to becoming a princess. Through it all, the Ghandi quote “Be the change you want to see in the world,” unites the dreams of both Izzy and Prince Thomas.

Overall, the story’s tone is light-hearted and fun with great imagery to support the story. A biblical worldview is present, Izzy’s family is devoutly Catholic, with overtones of Ghandian principles. There’s a strong message to help the unfortunate throughout the movie. Izzy loves children and makes a point to stop and talk with them and ask them how they’re doing. All the characters are modestly dressed except that Izzy’s midriff area is usually bare, and two other characters have propped up cleavage. The prince’s bare back is seen for a split second when he puts on a shirt.

THE ROYAL TREATMENT has no strong foul language. One male character, character, shares about having been in love with another man but says he gave up the relationship for duty. The cartoon style credits show a reunion between the men. Alcohol is in one scene in the kitchen when the girls and Walter drink wine while making spaghetti. Caution is advised because of some light profanities and the minor homosexual subplot.