DO YOU BELIEVE God? 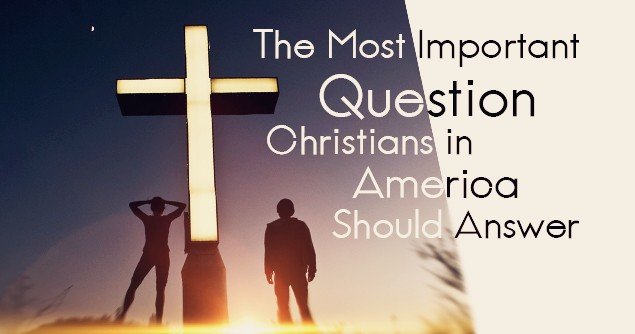 The Most Important Question Christians in America Should Answer:

DO YOU BELIEVE God?

Immediately, you may be wondering if this article title is missing the important word “in’. Do you believe in God? The truth is, I think that’s the wrong the question to be asking this country. Or at least, it’s being asked in the wrong way.

In a recent article published by Movieguide®, research shows that 86% of Americans state that they “believe in God,” the majority of which would even clarify that they believe in the Christian God of the Bible. Believing that God exists is not the same as truly believing God, and more specifically, believing what God says about you individually.

Why does this distinction matter?

Because if every “Christian” actually acted like a Christian, this world would be a much different place. If believing in everything, whether it be yourself, in magic, in love, or in God, is so easy for this current generation, clearly believing in something no longer means what it used to mean. We, American Christians, need to take a hard look in the mirror and ask ourselves a tough question:  Do we believe God? Do we believe the promises that He made to us?

Opening in theaters this weekend is the movie DO YOU BELIEVE? from the filmmakers behind GOD’S NOT DEAD, and it truly and beautifully asks this question by interweaving the stories of 12 different people. When a homeless man challenges a pastor whether he truly believes in the cross of Christ, this spurs the pastor to rethink how he lives his Christianity. This starts a ripple effect in the story, leading the 12 souls on a path that powerfully connects their lives together.

While each and every one of us face varying types of struggles, there are two life altering questions this movie asks. Questions that if truly lived out by the Church, would incredibly change the world. DO YOU BELIEVE? asks us:

Like the pastor, this may be an easy “yes,” but believing in the cross of Christ has far reaching implications. Do you believe that Jesus Christ’s sacrifice was enough to pay for your sins? Do you believe that nothing can separate you from the love of God, that you were made new, and can rest in that knowledge for eternity? I don’t know about you, but sometimes I forget this. How often do I forget about what Christ did on the cross, and instead of accepting his sacrifice, try to pay for my own sins through guilt and shame? Honestly, this is a question we must ask ourselves daily, because forgetting what we were saved from is the first step towards forgetting WHO saved us.

In the movie DO YOU BELIEVE, this question shakes a pastor to his core. If he truly believed in the cross of Christ, shouldn’t that result in unashamed action and proclamation? The first question is about setting us free, the second question is about setting others free. If the Gospel never leaves the church building to enter the gritty, lost and hopeless lives that so desperately need it, then restoration will not happen – not in the church, not in the family, and definitely not in the culture.

If the 86% of Americans who believed in God also believed that God was calling them to do something with that belief, something radical like living your belief out in love and kindness might bring real change. Actually, no. That WOULD bring real change. God’s love is so transformative, so redemptive, so hopefully and so unimaginably glorious, how could it not bring true change?