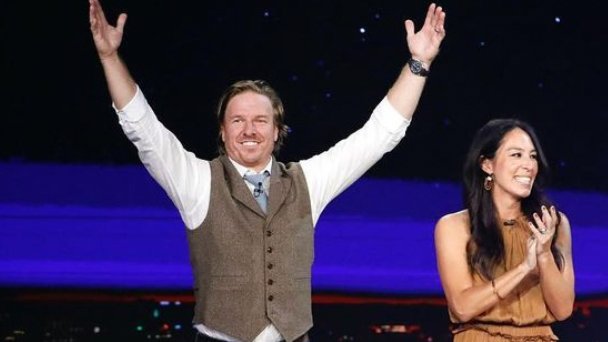 Along with their five-season run of the hit renovation show FIXER UPPER, Chip and Joanna Gaines have established their Magnolia brand as a staple of Waco, Texas.

Although their unique interior design is easily recognizable, their faith and family values have helped the Gaines build a loyal fanbase that continues to grow. Despite ending their show FIXER UPPER in 2017, the Gaines announced a new network under their Magnolia brand and penned a deal with Discovery Channel’s new streaming platform Discovery+.

“TV shows impact the culture, but Chip and Jo impact people’s lives,” Discovery Inc. CEO David Zaslav told The Hollywood Reporter. “They provide something very rare in America today: a sunshiny hopefulness that you can make things with your own two hands and your life will be better for it.”

After pandemic-related delays and changes, the couple’s Magnolia Network is set to take over the cable channel currently run by DIY.

While the Gaines view their ability to reach more audiences with their wholesome messages, they fear the reality of having to cancel shows that do not perform.

“Post-success, post-fame, however you want to articulate it, we haven’t experienced much failure,” Chip told The Hollywood Reporter. “So to hear David say, ‘You’re going to fail 70 percent of the time,’ that’s hard. If I only got three out of 10 houses right, I wouldn’t be in business.”

Despite their fears, Zaslav said he trusts in the content that will come from Gaines’ successful track record.

“People tell me, ‘You don’t have THE MANDALORIAN or THE MORNING SHOW,'” Zaslav said. “But THE MORNING SHOW hasn’t been on the cover of People 20 times in the last four years. The Morning Show doesn’t sell a million cookbooks. There’s a big underestimation of this kind of connection to the audience.”

“They appeal to America because they’re almost like a piece of Americana,” TODAY host Jenna Bush Hager added. “I can walk around the market with Reese Witherspoon and nobody pays attention. But you go with Joanna Gaines, it’s as if you are in Graceland with Elvis.”

Much of the couple’s appeal comes from how their faith shines through their actions.

Movieguide® previously reported on the Gaines’ relationship with God:

Chip and Joanna Gaines, FIXER UPPER duo and founders of the Magnolia Network, said that God revealed himself in their relationship despite their opposite personalities.

“I have learned so much about order and structure and processes through my wife,” Chip continued. “And God is all of those things to me now. But at the beginning, God was just chaotic to me. He was wild. He was untamed. He was unruly. And I liked that.”

“I don’t want to be in the box anymore. I don’t want to play it safe because where the impact is is over here on the other side,” Joanna added. “I was made for a reason, and I need to let whatever God has created me for— that needs to be known. I don’t need to stay hidden.”

Although Joanna is candid about her insecurities as a young girl, she said Chip played a significant role in how she viewed herself and her faith.

“My walk with God when I was little and all the way up until like my 20s was always if you play by the rules, you’ll be blessed,” Joanna said. “But then I met Chip, and I feel like now it’s when you take a step out in faith when it makes absolutely no sense, I think that’s where the greater reward is. There’s no telling where that will take you.”