Is Church Accountability the Key to Overcoming Drug Addiction? 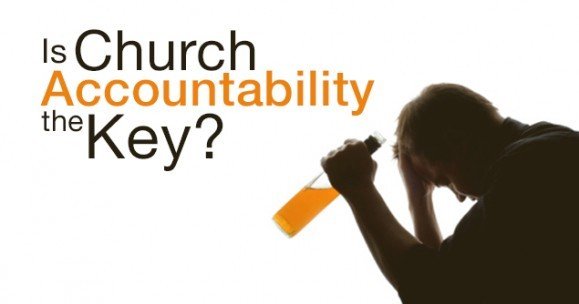 Is Church Accountability the Key to Overcoming Drug Addiction?

A few years ago, I walked into what I thought would be a normal small group. I slumped down onto the couch, took off my coat, and placed my Bible and study book on the coffee table. As people began to enter, we made idle chitchat while we scoffed down the many refreshments on the table before us. As the group began to share about their weeks, they shared superficially about their jobs, families and extracurricular activities. One ordinarily talkative man remained eerily silent. When we got to him, he uttered one word as tears streamed down his face:

In that moment, I knew this was no ordinary meeting. We all gathered around the man and placed our hands on him. We spent the rest of our time together praying for him and speaking words of encouragement into his life.

This was one of my favorite moments in my journey as a Christian. Not because the man said or did anything extraordinary, but because he expressed his need to the body of Christ who helped him during his time of need. This event began my love for the church and the beauty its accountability can provide.

I was reminded of this as I read an article about gospel music singer Joseph Habedank’s new album after his recovery from drugs and alcohol. His comeback from addiction is a remarkable one, and we rejoice with him because he took the necessary steps to freedom. But the best part of the story is that the other members of his gospel group lovingly held him accountable for his actions.

In an article titled “Gospel Singer Reveals How He Overcame His Battle with Prescription Drug Addiction (http://www.theblaze.com/stories/2014/08/18/gospel-music-star-reveals-how-he-overcame-dangerous-battle-with-prescription-drug-addiction/),” Dean Graham writes that Joseph said, “The group that I was with became aware of my problem and came to me and basically were very kind and gave me an ultimatum said, ‘Hey, you know, what would you like to do? We can’t really have you on the road, but what would you like to do?’”

This is the beauty of the church in action. His group members kept him accountable and boldly confronted him about his addiction. It was their commitment to discipleship that began him on the road to his recovery. He received additional support from his wife who “found out that I had a little bit of a problem about three weeks before we got married and stayed with me.”

Isn’t this where the church shines? Perhaps that’s what Paul intended in his letter to the Hebrews:

“Therefore, since we are surrounded by such a great cloud of witnesses, let us throw off everything that hinders and the sin that so easily entangles. And, let us run with perseverance the race marked out for us. (Hebrews 12:1).”

With the church behind us helping us in our journey toward salvation, we will always be able to run the race. Accountability is the key to victoriously reaching the finish line.