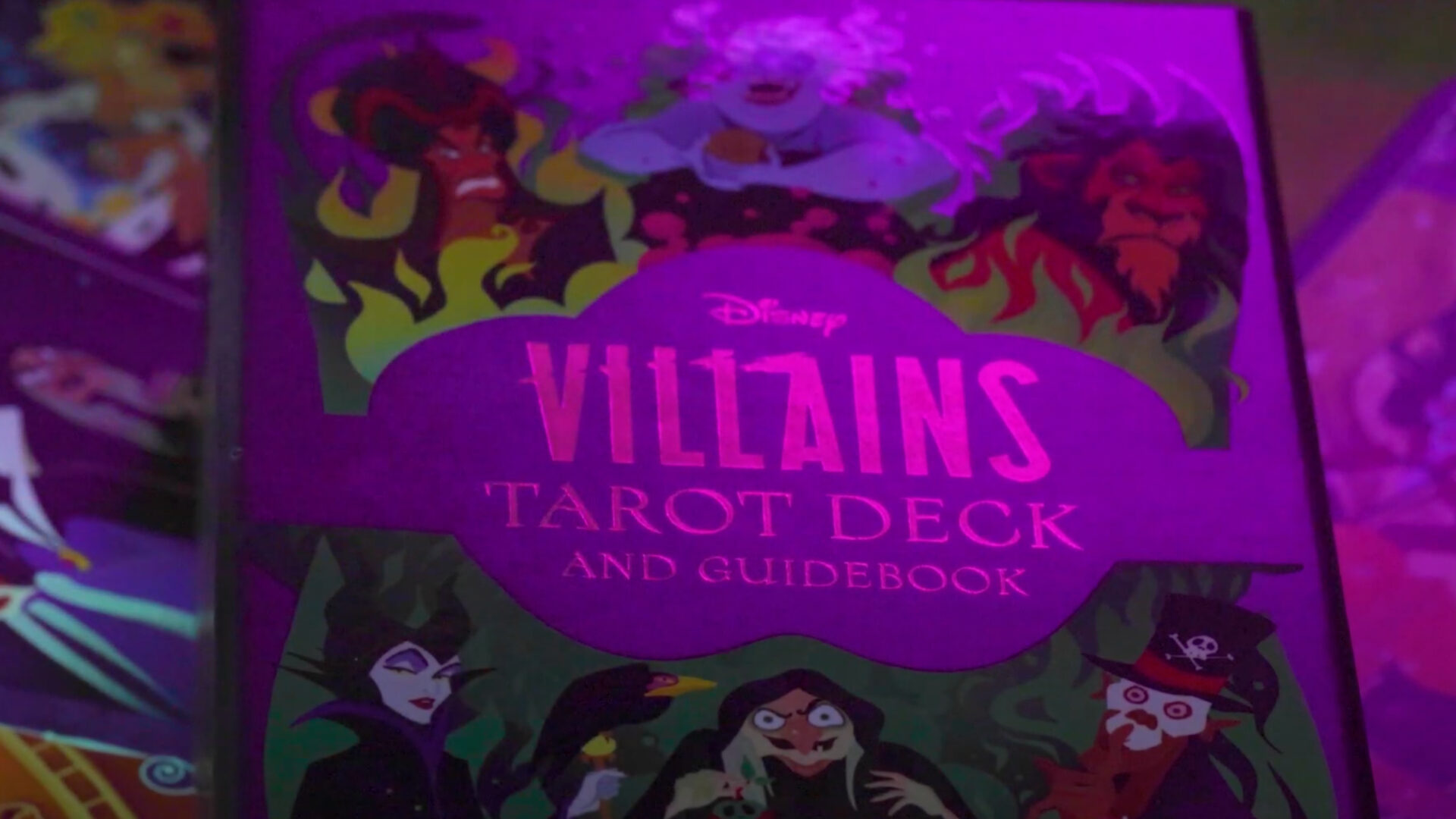 The 78-card deck released by Insight Editions is the first set of tarot decks with official licensing from Disney, meant for mass production.

Insight Editions’ spokesperson Lara Starr said that the company has plans to follow up the “Villains Tarot Deck and Guidebook” deck with an ALICE IN WONDERLAND deck in December.

According to Religion News Service, professional readers have tested Disney’s recent deck, as well as its previous NIGHTMARE BEFORE CHRISTMAS-themed deck.

“I gave it a test run and it reads well. The characters on the cards make sense and help the metaphors along as well,” J. Ryan, a reader in Minneapolis, said. “Having Disney enter the market with their own decks was nice because it has the company’s blessing.”

Disney’s new lineup of Tarot decks confirms the current cultural push towards occult spiritual practices and normalization in all forms of media.

“Truly there is a tarot deck for almost any interest out there,” Banshee ShadowWolf, a retired librarian and longtime tarot reader, said.

Worship leader and speaker Jenny Weaver encouraged media discernment for Christians after she fell into witchcraft after watching a movie.

“What started off as something innocent where I’m just connecting with energy and the universe and vibes and all these innocent things that we see, took me down a path of just dark desperation,” Weaver told CBN News.

“I felt at one point I was living in like a haunted house,” Weaver continued. “I was hearing scratches on the wall right next to me. I would feel a brush by me and be terrified that somebody was here in the room with me. I always felt like I was being watched. It took me far into drugs. I ended up being homeless and on drugs, in and out of jails. For nine years of my life, I was in and out of a dark place.”

In Jail, Jenny prayed and surrendered her life to Christ and is passionate about the Gospel and media discernment.

“I think media has done a good job of pushing something to the point where it’s now normalized,” she said. “We have shows as early as day care age promoting witchcraft and sorcery — ‘It’s ok boys and girls say these spell words with us.’ And it’s so ABC, preschool witchcraft, that it gets into the hearts and the minds of people, including the people in church.”

She added: “And people who are not really connected with the Lord and don’t understand, they’re easily deceived. And the Bible talks about even the very elect will be deceived. And so, people are going to a whole other source. That’s what they’re wanting. They want a healing crystal because they don’t understand that Jesus is the healer and there’s no other source that you can go to except through Jesus.”

Although Disney has made a name for itself through family-friendly content and entertainment, their new Tarot Decks are more than simple nods to fantastical princess movies or classic characters.

According to RNS, a future deck will lean into the element of witchcraft by adapting a deck of cards based on the 1993 movie HOCUS POCUS.

HOCUS POCUS takes places in Salem, Massachusetts. A scary house in the town has been abandoned for about three hundred years. It was the home of the infamous Sorenson sisters, who, according to legend, had been hung for their evil witchcraft and sorcery. An iron fence surrounds the grounds, where many believe that hundreds of sacrificed children lie. Max Dennison, a transplanted California teenager, is new to Salem and scoffs at the tales. However, Max soon becomes intrigued with the Salem witches after reading about “A SPELL BOOK given by the Devil himself” that’s bound in human skin. Later, Max conjures up the witches by following the book’s instructions.

HOCUS POCUS goes downhill after Max performs the occult ritual to conjure up the witches. Although it has some humorous, redemptive moments, it’s marred by too many scenes with strong occult content. Thus, it contains positive references to witchcraft, casting spells and occult rituals. Some of the memorable songs, “I will put a spell on you,” and “Children, I Smell Children, Come Out My Children Wherever You Are – Why Don’t You Stay for Supper?,” reveal the movie’s objectionable, abhorrent content.

The Bible is very clear about the evils of witchcraft, sorcery and other occult practices.

In Deut. 18:10-13, for example, Moses clearly says, “Let no one be found among you who sacrifices his son or daughter in the fire, who practices divination or sorcery, interprets omens, engages in witchcraft, or casts spells, or who is a medium or spiritist or who consults the dead. Anyone who does these things is detestable to the LORD, and because of these detestable practices the LORD your God will drive out those nations before you. You must be blameless before the LORD your God.” Also, in Rev. 21:8, Jesus Himself says, “The cowardly, the unbelieving, the vile, the murderers, the sexually immoral, those who practice magic arts, the idolaters and all liars – their place will be in the fiery lake of burning sulfur. This is the second death.” Furthermore, in Galatians 5:19-21, the Apostle Paul says, “The acts of the sinful nature are obvious: sexual immorality, impurity and debauchery; idolatry and witchcraft; hatred, discord, jealousy, fits of rage, selfish ambition, dissensions, factions and envy; drunkenness, orgies, and the like. I warn you, as I did before, that those who live like this will not inherit the Kingdom of God.”

All of these biblical passages – and more besides – show us, beyond all reasonable doubt, that God wants us to avoid completely witchcraft and sorcery.

You must protect your children and grandchildren, therefore, from the occult evils promoted [in media].