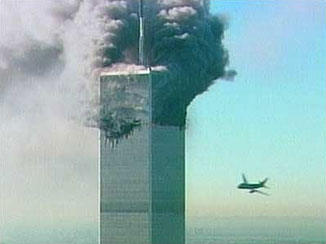 New York, N.Y.– With solemn gestures, Americans across the country marked the 10th anniversary of the Sept. 11, 2001, terrorist attacks on the Pentagon in Virginia, the World Trade Center in New York and the plane crash in Shanksville, Pa. and through 2,531 official Cry Out America (COA) prayer points during united, consecrated prayer gatherings in 1,450 counties across all 50 states, Puerto Rico and the U. S. Virgin Islands.
Billy Wilson, Executive Director of the Awakening America Alliance (www.awakeningamerica.us) and The Center For Spiritual Renewal, said, “What an amazing day of prayer! Millions of believers all over America united in prayer during Cry Out America rallies and at local churches. With over 2500 official prayer points in over 1450 counties and an average gathering size of 100 people, some 2.5 million people were clearly crying out for a spiritual awakening in 21st century America! We believe that God will hear our cry for His help.”
“It was an honor to be in New York City on 9/11 with leaders from across our nation,” Wilson continued. “We prayed at the Statue of Liberty and near Ground Zero in New York harbor to begin the Cry Out America rallies across the nation.”
The prayer cruise took the Cry Out America executive leaders through the harbor toward the Ground Zero site where the USS New York, a new battleship made out of steel from the WTC site, was guarding the water access to the area and provided a view of the new Freedom Tower under construction on the former site with cranes on top of it.  It was a sobering site. The distinguished Christian leaders spent time in prayer at the Statue of Liberty.
Tom Walker, Founder and National Director of National Governor’s Prayer Team, said, “We came together in NYC representing those across our nation who were holding gatherings of prayer in the neighborhoods and cities across the nation we love and together we Cried Out for America for a new awakening. These past 10 years have been a difficult season for us as a country and a church. We recognized and confessed our shortcomings and repented as a people of God. America needs God’s protection and grace more than ever. These past ten years have been a time with fear with tragedies in terrific storms, financial instability and war. We have witnessed even further spiritual decline. Christ is calling us to wake up. We do not need to be afraid but we need to know that no institution is exempt from God’s shaking, not our government or the economy or even the church. Together we recognized that this was not a time for the Church to draw back, it’s a time for us to move in.”
Mr. Walker brought a quilt that had been signed by governors of all 50 states that was laid out, during the New York City prayer cruise, for a special prayer vigil for every state and governor across the U.S.
Other main speakers for the NYC Cry Out America prayer gathering were Rev. Rick del Rio and Mark Gonzales. Rick Del Rio, was one of the first clergy responders to the terrorist attacks on the World Trade Center – arriving ten minutes after the second tower collapsed – and is widely believed to be one of the only identifiable clergymen onsite after FDNY Chaplain Father Mychal Judge perished. Rev. Del Rio co-convened the Northeast Clergy Group / Ground Zero Clergy Task Force (NEC) as an interdenominational coalition of regional ministers committed to long-term relief and recovery, which grew to over 200.
Mark Gonzalez is the founder of the United States Hispanic Prayer Network and the United States Hispanic Action Network, two organizations that are being used to awaken, equip and engage the Hispanic church.
9/11/11 was a historic, profound day of united, consecrated prayer marking the 10-year anniversary of 9/11 through the participation of over 1,500 churches and 900 interdenominational, public prayer events on Sunday involving numerous various denominations, city and county officials, first responders and committed laity. Cry Out America events took place across all 38 counties with populations over one million.
Positive, moving reports are pouring in from the various gatherings. Wilson, said, “Our hope is that Cry Out America on 9-11 was only the beginning for countywide prayer and unity on behalf of a new Christ Awakening in our nation. Many counties are already planning continued united gatherings that will ultimately lead to cooperative evangelism and service initiatives in their communities. We pray everyone will get involved. Together I believe we can see America turn around and witness a new spiritual awakening in the 21st century.”
“I personally do not anticipate an exact duplication of any prayer movements of the past, rather a fresh outpouring of grace for intercession that will take on new dimensions and forms in the 21st century church-campuses, workplaces, twenty-four hour houses of prayer, church prayer towers, market place prayer gatherings, united pastor prayer gatherings and many other expressions all have a place in what is needed now in America. These are exciting times to be engaged,” Wilson concluded.
To learn more about the Awakening America Alliance and Cry Out America, please visit www.awakeningamerica.us.