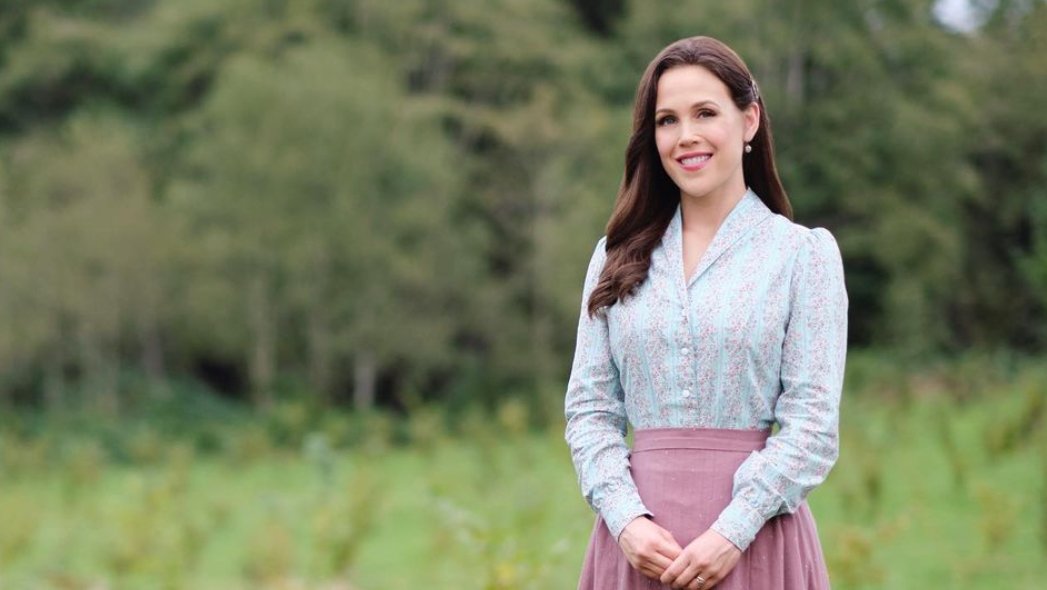 Spoiler alert: The following contains major spoilers for the end of Season 8.

Fans of Brian Bird’s WHEN CALLS THE HEART experienced a rollercoaster of emotions after the Season 8 finale and confirmation of Season 9.

“We wanted to sort of find a new way to do a love story for Elizabeth,” the executive producer and co-creator said during an interview with Steve Greene on the Greenlines podcast. “So we didn’t just repeat the storyline that we had. That’s when we came up with this idea. Well, maybe it would be interesting if we put two very eligible, worthy bachelors in Hope Valley for Elizabeth. And the Hearties lined up on both sides of the equation.”

However, many of the Hearties who rooted for Elizabeth to end up with Nathan were disappointed and even mad about the character’s final decision.

“That was the genesis of WHEN CALLS THE HEART. In Janette Oke’s books it was a teacher and a Mountie, that was always how it was,” Bird noted. “She did fall for Lucas Bouchard and not the Mountie this time. We believe that this choice of Lucas Bouchard will give us more seasons because we have not gone down that road before. We feel that this will breathe some new life into the show, keep us telling fresh and robust and vibrant story.

“I really feel a big responsibility to give the Hearties Hope Valley for as many seasons as possible. We believe that’s good and that that decision is going to make that a possibility,” Bird added.

However, Bird confessed that the short-term frustrations from fans were something the creative team expected.

“We took the harder path, there’s no doubt about that. We know that this decision didn’t sit well with a lot of Hearties, but my request at least, and my hope is that the Hearties will trust us to do the right thing, as we always have done,” Bird said. “We’ve given them a show full of faith and love for eight seasons, and that’s not changing, that’s still the mandate for us.”

Despite some harsh criticisms, Bird said that the passion behind their fanbase is an encouraging sign for the show’s future.

“The sort of very passionate reactions that people had on both sides of the equation, are an amazing thing,” Bird said. “The fact that the show has touched people so deeply, that they care so passionately, even if they’re frustrated, that says something and we are so grateful for that passion. Not every show does that to people.”

He continued: “We’re okay with some criticism, we’re fine with that. You know, God bless you, if you have a different opinion. Our attitude is, if you feel like you can’t watch the show anymore, God bless, but we will be waiting for you with open arms when you come back, or if you come back.”

“We think that the power of Hope Valley in the community and in the culture is still there,” Bird said. “What I sometimes say to people is that in the world, where everywhere you turn there are zombies and crystal meth dealers, Hope Valley is still here, and nobody else is really making a show like this. I don’t know where they’re gonna go to find something that will bring them the same values and virtues that we’re giving them in Hope Valley.”

“My goal is to continue to provide content like this as long as I’m breathing. That’s what I’m called to do and we can take the heat. I love what I do,” he added.

Although WHEN CALLS THE HEART started in 2014, Bird said that its popularity continues to grow.

“Ratings tend to start to flatten out as the show gets older. Yeah and it’s been on longer, but we haven’t seen that with WHEN CALLS THE HEART. It continues to grow each year,” Bird explained.

One of the most significant changes for WHEN CALLS THE HEART came after actress Lori Laughlin, who played Abigail on the show, was fired by Hallmark and sent to prison.

As of August, the former Fuller House and Hallmark star Lori Loughlin will serve two months in prison for her involvement in the college admissions scandal, which also involved Loughlin’s husband fashion designer, Mossimo Giannulli.

However, many believe that Laughlin used her time in prison to draw closer to the Lord. Laughlin was released from jail on Dec. 28, 2020.

Before the scandal, Laughlin was a fan-favorite of Hearties, and many questioned if she could make a return to the show.

“I personally would love nothing more than that happening in the Hope Valley. Whether or not we can do it is another question,” Bird said of Laughlin returning to WHEN CALLS THE HEART. “There’s a lot of moving parts to it, there’s a lot of other stakeholders besides me who would have to say yes to that. And so I can’t say with certainty that we can pull that off. I hope we can. If anyone should return to Hope Valley, it would be Abigail, in my opinion. That’s the kind of show we are.”

In a separate interview, the show’s titular Erin Krakow also expressed her desire for Laughlin to return.

However, through the ups and downs of the show, Bird says he is focused on God’s plan and not his plan.

“We have always just put one foot in front of each other on this show. It’s a labor of love. It’s an act of faith that we have been able to get the show on television anyway. So I don’t put anything past God on this. But I’m also smart enough to know not to direct His plans,” Bird said.

Listen to the full interview here!