Inspired by the Miracle on the Hudson 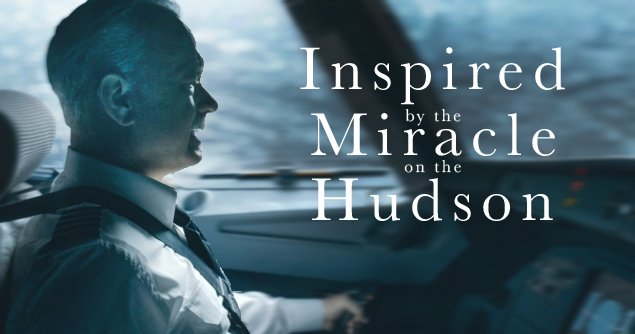 Behind the Scenes of SULLY with Scriptwriter Todd Komarnicki

Recently, the editors of MOVIEGUIDE® interviewed Todd Komarnicki, the screenwriter of Clint Eastwood’s new movie, SULLY, which is a very powerful, miraculous, heroic story about the airline pilot, Capt. “Sully” Sullenberger, who safely landed 175 people on the Hudson River in New York City in January 2009. The movie depicts “the Miracle on the Hudson” and its aftermath, when government bureaucrats try to make Sully the scapegoat.

Todd graduated from Wheaton College in Illinois, where he was a star baseball athlete and sports announcer on the college radio station. He grew up in a church but didn’t really give his life to Christ until his early 20s.

Dr. Baehr: Did you get a chance to meet Capt. Sully while you were writing the script?

Todd Komarnicki: I had the incredible privilege of becoming friends with Sully. I got to memorize the guy. He was very open and vulnerable about the difficulties he faced. He was open with me in a way that he had not been previously. So, it allowed me to tell a story everyone thought they knew, but nobody really knew.

Ted: You have jeopardy throughout in a very personal story. How did you build in jeopardy? How did you grasp the drama of the story?

Todd: The notion of a life’s work hinging upon one decision; I think that’s really powerful. I think people can relate to that. Imagine if you’ve been a good man all your life, you raise a family and you let go of your child’s hand in one moment when the car comes. Or, you make one poor decision financially, and it swamps everything you’ve done to save your family, and you lose your home. These things happen. Life happens suddenly. I was a college baseball player. I’ve always loved baseball because it reminds me of life so much. It’s mostly standing around waiting for something really dramatic to happen. Then, you have to react immediately, do it well and then go back to standing. So much of life is like that. So many flights: The guy [Sully] delivered a million passengers over his career, and 99% of those flights were routine. But, on the day, he was ready for the un-routine, the unprecedented. That’s because of every little bit of work that he had put in over the years. So, I just thought a lot of innate drama in the notion of a man who always did it right, who always worked and put his whole self into every aspect of his work and his life and his wife and kids, and it could all go away in a puff of smoke if they find the thread they’re looking for.

Ted: You talk a lot [in the movie] about miracles. Do you think the miracle was that Sully was the right guy at the right time in the right place? Or, do you think there was something bigger happening?

Todd: I think there’s a lot of miracles in this movie. A miracle is an extraordinary event. Certainly, I believe God’s in charge of our universe. So, there are many miracles we don’t see and misname or misrepresent all the time. I also firmly believe that the way God works in this world is through people. He doesn’t pluck airplanes out of the sky and lay them down softly. And, [Sully] was the right guy in the right place at the right time making the right decision. That is a miracle. Also, so many things had to go right that day. The speed with which everybody came to the rescue. This is extraordinary to me. I can’t get over this single thought, which is an airplane crashes into the Hudson River in New York City. The last time there was a plane crash in New York City, it was terrorism that changed the history of the world. Easily, New Yorkers could have thought that something nefarious was afoot. Nobody hesitated! Everybody went right to the plane to rescue. Nobody thought, “Well, it might blow up.” That is a miracle. So, there’s grace and power and beauty and light throughout this. Human beings doing extraordinary things…that’s a beautiful thing to witness. As a Christian, we get to participate in God’s creation, and we get to walk in the good works he’s already planned for us. All that stuff’s magical. But, that’s occurring to people whether they believe or not. So, this was a day in which everybody pulled in the same direction, and we got this miraculous result.

Ted: At one point in the movie, Sully is on his knees with his hands folded, as if in prayer. You don’t hear a prayer. Is Sully himself a Christian? Is Sully a believer?

Todd: You’ve got to ask Sully. That’s a question for Sully. There’s definitely praying. There’s a woman on the plane praying in Russian, other people praying. That 100% happened in the plane.

Ted: Conflict drives drama. What did he think about the conflict you put in between him and his spouse?

Todd: They were really great about it, because they are really open and honest people. There’s a moment in the cockpit where the guy’s talking about how beautiful it is up in the sky, that it’s easier in the air. That’s something that’s in Sully’s book. He’s very frank about how, if he’d been on an eight-day trip, and he came back, he would have to re-integrate into the family life, and they would have to re-learn how to communicate with each other. That’s true of any couple that’s separated through work. It’s tough, a struggle. And, this was really troubling for them. It played out over an 18-month period in real life, nine months of investigation, but 18 months until they got cleared. So, it was a serious strain on them financially, emotionally. We needed to dramatize that. When Sully first saw the movie, he said, “You got all the aviation right and everything between me and Lorrie right, and I love the rest.” So, he was happy with how we showed it. You can’t candy coat that stuff. They were under stress; they were separated by phone. They couldn’t put that tender hand on the shoulder. They couldn’t hold each other close. That’s very painful for a married couple. That’s why there’s so much emotional power in the scene where she’s been sent his pilot’s cap, which they found floating in the water. That’s when she realizes, “Oh, my goodness, we almost lost you. You were one of the people on that plane. it wasn’t just you flying it. We could have lost you.” That’s their love story, and I think it’s very satisfying.

Ted: Did you drive this project? Were you the one who discovered it?

Todd: No, Sully met Harrison Ford, and Harrison Ford introduced Sully to Frank Marshall. Frank Marshall’s produced all of Steven Spielberg’s movies. So Frank optioned the book, along with Allyn Stewart, the other producer of the movie. It was an open writing assignment, and I went after it. I pursued it via my agent, got in there, pitched my take on the movie, and fortunately, by the grace of God, was chosen to tell this story.

This movie is really landing for people. It feels so good. Because it’s about hope and victory and love and survival. Movies just aren’t like that any more. It really gladdens my heart that people are digging it.

Ted: Did you grow up in the church?

Todd: I did. I grew up in a church, but I didn’t understand it. So, when I left high school and went to college, it was the first thing to be jettisoned. Of course, that created a journey. When you choose self, and you walk away from the Source of life, you invite a lot of suffering on yourself. So, I was in the woods for a number of years, then really came to know the Lord in my early 20s.

Ted: Have you seen a lot of miracles in your own life, since they’re in the movie?

Todd: A hundred percent. The fact that I’m alive, with the choices I made when I walked away, just being alive is a miracle. I’m the most happy, grateful person in the world. Every day, I look at my wife and kid, and I can’t believe the sweetness of my life, and also the foolishness with which I treated it before. I came back. He never let me go. The Hound of Heaven never let me go, thank God.