Love vs. Lust: Transforming the Culture with the Gospel of Jesus Christ 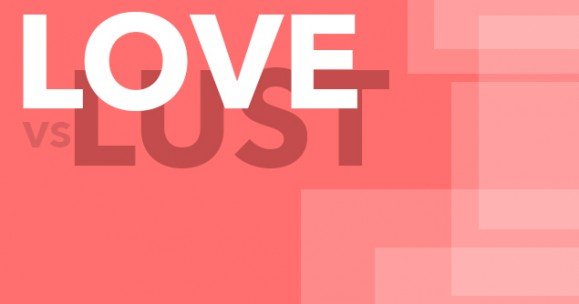 Tolerating self-destructive or socially destructive behavior in our children is not a sign of love, but hate, as well as parental neglect. If a child has a propensity to beat themselves or beat other children, the parents are required by love to intervene and help the child get over such abhorrent, intolerable behavior. To do anything less is a sign of child abuse!

Our narcissistic society is on the brink of stewing in the vile juice of its own self-destructive behavior. Consequently, we seem to have forgotten what love entails.

God calls us all to love our neighbor as ourselves, both Jew and Gentile. That divine call entails helping ourselves and our neighbors get over intolerable destructive behavior, such as violence against the innocent, alcoholic stupors and perverting our children’s innocent hearts and minds by frankly intervening and correcting such behavior in a manner that brings about significant change or repentance (see Lev. 19:17,18).

As God tells us:

“If anyone causes one of these little ones – those who believe in me – to stumble, it would be better for them to have a large millstone hung around their neck and to be drowned in the depths of the sea” (Matthew 18:5-7).

Nothing should lead a young person into viewing something that would lead them down the road to perdition. Young people tell us all the time they’ve been blessed by the guidance of MOVIEGUIDE®.

Christian and the Jewish ontology is one of love. It says we live in a real world, created by the real God, where there are real problems, real pain, real suffering, and where we need a real savior, Jesus Christ, who loves us so much that He frees us from the bondage to lusts, sins, anxieties, burdens, and other negative forces. Thus, what worldview people adopt matters, and it matters greatly.

What you do, what you say, what you wear, where you live, and what you accomplish are all evidence of your worldview. A Christian worldview is love in action, and a pagan worldview is lust in action. Love gives; lust takes. Love empowers; lust destroys. Love saves; lust enslaves.

Thus, your worldview (including what values you adopt and live by) determines whether you will forgive or seek revenge, be generous or stingy, be courteous or rude, be independent or dependent. People with worldviews build or destroy, rescue or torture, join churches or join gangs. Finally, a society’s prevailing worldview shapes its culture, and, of course, the mass media has a powerful impact on every worldview.

Distracted by the cruel shibboleth of “tolerance,” even judicial systems built on Christian principles are now confused about some very basic values.

For instance, in Germany, a man put an ad in the paper asking if anyone wanted to be killed and cannibalized. Surprisingly, several people answered his ad. He chose one, slaughtered him, and ate him. The court in Germany was hard-pressed to find a reason to convict this villain since both men were “mutually consenting adults.”

What kind of moral idiots and mental midgets are we breeding here? How do these people even get high school diplomas, much less college degrees? There, but for the Grace of God, go we!

This case and many others show how low a culture can sink when it rejects the love of God and the love of its neighbor.

Lust, on the other hand, consumes. It takes without permission. Lust is never satisfied.

We have moved from a society of love to a society of lust where we tolerate evil in the name of self-gratification, or in the name of trying not to “offend” another person. This is exactly what’s happening when many of our leaders, including church leaders, are asking us to tolerate rampant gang crime in our inner cities, rampant illegal immigration that flouts the nation’s laws, and rampant prostitution and perverse lust on our public streets.

As a result, our culture faces economic, moral, and spiritual collapse, and God is warning us to turn back from the brink of self-destruction by removing His blessing and allowing the alarms of natural and social disasters to sound to wake us from this nightmare of self-destruction. Sadly, like Pharaoh at the time of Moses, the warning alarms of a series of plagues screaming out “let my people go” may be falling on such hardened hearts and tone deaf ears that our current governing powers will not heed the warnings but will persist in America and Western Civilization’s continued self-destruction.

To stop this descent into the personal hell of an intolerable evil and lustful narcissism that destroys body, mind, soul, and spirit, those who still love their neighbor must take a stand. That stand includes:

The vast majority of people have faith and values. Now, they need to exercise love by refusing to tolerate the evils destroying our culture and jeopardizing the future of our children and grandchildren.

People yearn for a Christian worldview. For instance, we are encouraged at Movieguide® that our annual study of Hollywood shows, year after year, that very strong redemptive content in movies does much better than very strong negative content.

“I am not writing a new commandment for you; rather, it is an old one you have had from the very beginning. This old commandment – to love one another.”

So, then, how should we live?

Go into all the world with the Good News of the Lord Jesus Christ and do not be afraid. For, we are heirs to God’s His kingdom, and we come with faith, with freedom, with thanksgiving, and with the power, love, and joy of the Lord, not the lusts of our sinful nature.

What can we possibly give our children and grandchildren that is more valuable than that, than a culture which honors Jesus Christ and His Gospel of True Love? Nothing!