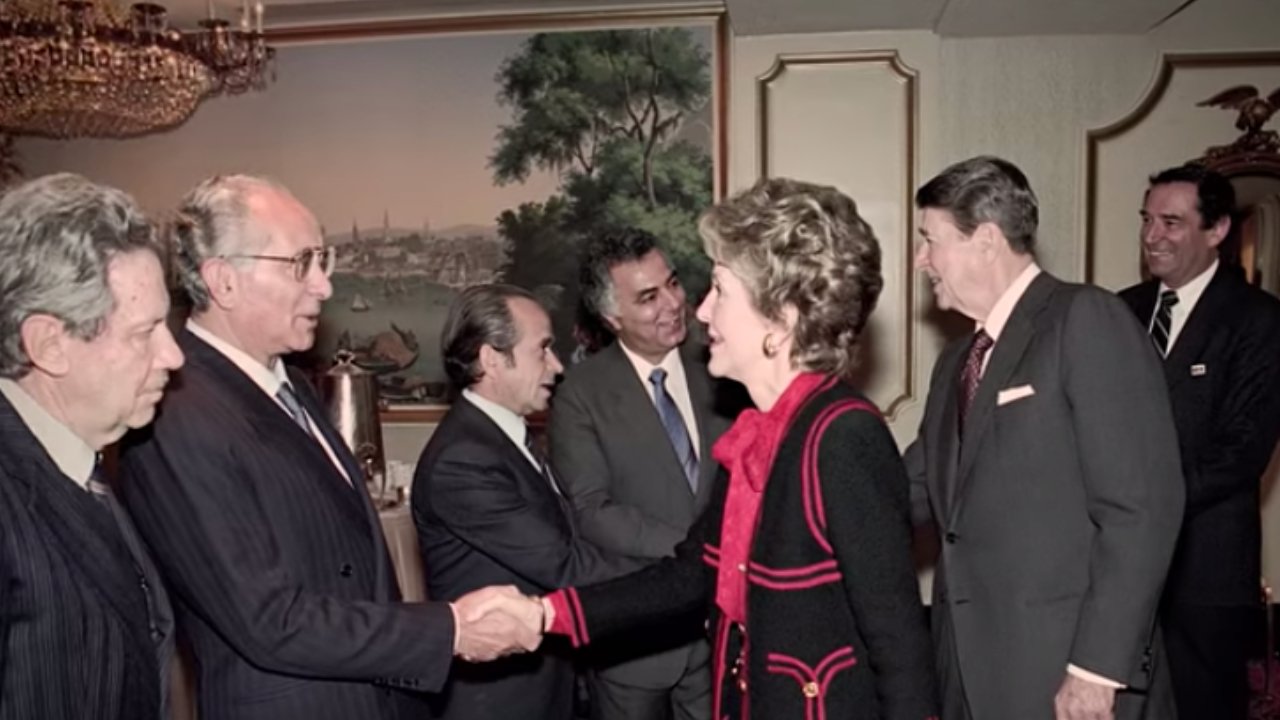 Photo courtesy of YouTube: The Family: It’s Not About Faith, It’s About Power | Official Trailer | Netflix

Netflix is set to release a movie provocatively titled THE FAMILY that claims to expose the Christian influence in the White House.

According to the trailer for THE FAMILY: IT’S NOT ABOUT FAITH IT’S ABOUT POWER, a Christian organization called “The Fellowship” affects presidential administrations through the yearly National Prayer Breakfast.

The left-leaning media site, AV Club breaks down what audiences can expect from the Netflix Original:

There’s nothing so sensational in The Family, the latest docuseries from Netflix, but the quiet threat explored in this five-part investigative series is all too real. It follows The Fellowship, a Christian fundamentalist organization that, for years, has exerted influence over our nation’s leadership without drawing attention to itself. One of their goals? Ensuring church and state don’t stay separate.

The Fellowship is perhaps most well-known for the National Prayer Breakfast that takes place annually in Washington D.C.

National political figures and Christian leaders use the event to pray for the country. This is also a time when speakers, including sitting presidents, champion traditional Judeo-Christian values.

In 2017, Christian producer couple Mark Burnett and Roma Downey have attended the event to express the importance of faith and family values before introducing President Donald Trump.

The Smithsonian mag catalogs the history of the National Prayer Breakfast this way:

The National Prayer Breakfast has grown steadily over the years – from 400 attendees to close to 4,000. The presence of the U.S. president has made the event a draw for leaders worldwide and networking before and after the breakfast.

In a 2006 journal article, sociologist D. Michael Lindsay described the breakfast as a “veritable ‘Who’s who’ of the political and evangelical worlds.” Invitations cast it as an opportunity to “seek the Lord’s guidance and strength … and to renew the dedication of our Nation and ourselves to God’s purpose.”

However, as more liberal administrations gained power in Congress and the White House, the event began to include more ideologies that didn’t align with biblical values.

The Smithsonian mag describes the shift of the breakfast:

Just as speakers have become more diverse, so have attendees. There are Muslims and Jews as well as Christians of all stripes. The Fellowship Foundation, an organization started by Vereide that sponsors the breakfast, considers the National Prayer Breakfast as an inclusive event. Hillary Clinton has attended, as has Tony Blair, Senator Joseph Lieberman and musician Alison Krauss.

But, while the breakfast is an open tent, the small seminars and discussions that fill the days before and after are exclusive. These meetings, also organized by the Fellowship Foundation, convene clergy, politicians, military leaders, and businessmen for high-level discussions on the global intersections of faith, power and money. The president does not attend these meetings, but his confidantes do.

Conservative evangelical values remain the bedrock of the breakfast, despite the shift in attendees’ ideologies.

At the Prayer Breakfast in 2018, President Trump boldly proclaimed the following about faith in God:

Each year, this event reminds us that faith is central to American life and to liberty. Our founders invoked our Creator four times in the Declaration of Independence. Our currency declares, “In God We Trust.” And, we place our hands on our hearts as we recite the Pledge of Allegiance and proclaim we are “One Nation Under God.”

Our rights are not given to us by man; our rights come from our Creator. No matter what, no Earthly force can take those rights away. That is why the words “Praise be to God” are etched atop the Washington Monument, and those same words are etched into the hearts of our people.

So today, we praise God for how truly blessed we are to be American. Across our land, we see the splendor of God’s creation. Throughout our history, we see the story of God’s providence. And, in every city and town, we see the Lord’s grace all around us, through a million acts of kindness, courage and generosity. We love God.

Is the movie going to be an accurate representation of the heart behind the event.

It’s important to note that documentaries, different than feature movies, try to sway their audience based on a certain angle. In this case, the angle appears to be an attack on Christians.

The trailer for THE FAMILY released in late July 2019, and the movie goes live to Netflix subscribers on August 9, 2019.

Interestingly enough, at the time of this writing, the number of “likes” for the trailer are neck and neck with “dislikes.”