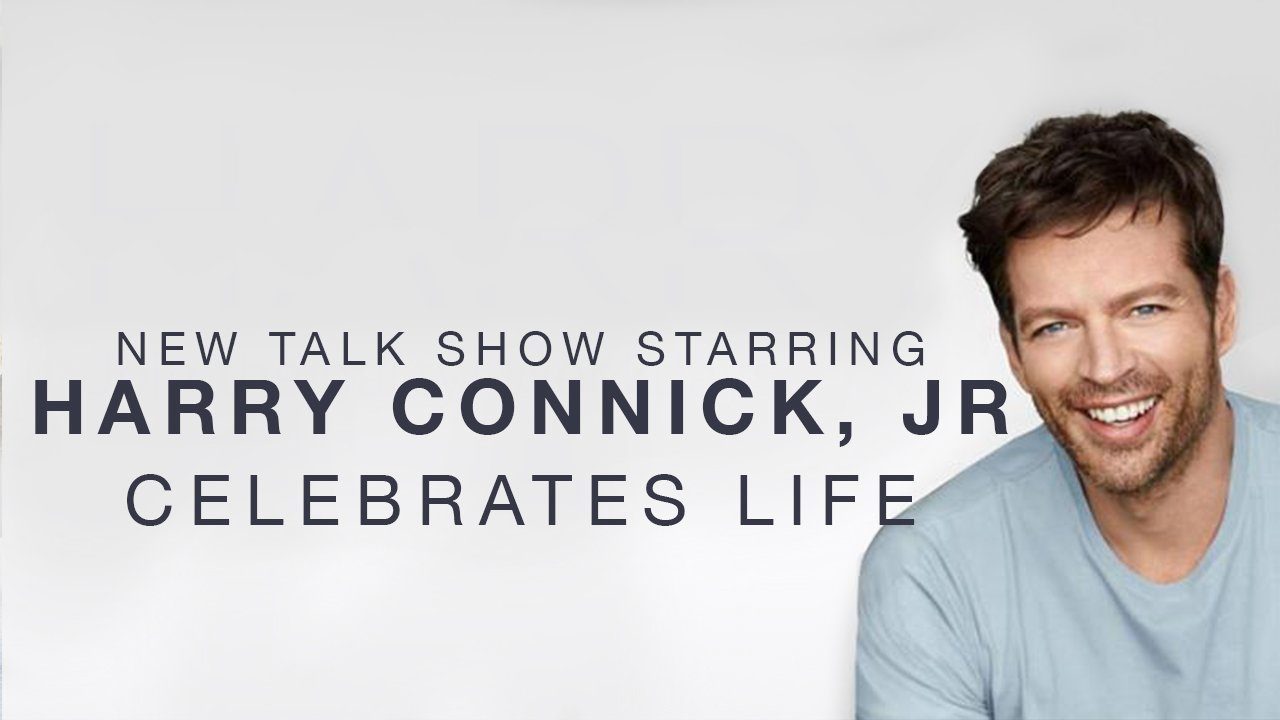 Connick says he wants his show to feel like a party during the middle of the day, His band plays, he plays, and the show is unscripted. The program reflects who Harry is as a fine musician and as fun-loving, caring person, His show has a balance of interviews and segments with everyday heroes and heroines, as well as with notable guest stars.

Harry Connick is known for being a giving and caring man. Ryan Seacrest of “American Idol” describes Harry as a loving, great father and husband. Harry is a Catholic whose faith shines through his life in all he does. Not only is he a famous jazz pianist, actor, Grammy and Emmy winner, but he also works with many outstanding charitable projects. Further, he is loving, caring and encouraging to those he meets.

Harry was a judge for “American Idol” with Jennifer Lopez and Keith Urban. When asked what advice he would give young people entering the entertainment field in regards to staying true to their faith and values, Connick said:

“It’s not something that you necessarily have to abandon in times of pressure or temptation. It’s easy to act with haste and impulsivity. It’s a little bit harder to take a moment in a particular situation and consider your own values, but I think ultimately that’s probably the way to go, to think about what’s important to you and apply that to the decision you make in real time. If you’re presented with a situation or a crossroads that’s confusing, it’s always good if possible to kind of take a step back and say wait. What do I believe? What’s important to me? How will this affect other people? Then make a decision.”

Below is an exclusive Movieguide® interview with Harry Connick Jr.:

MG:  Your upbeat, positive, fun show is delightful and refreshing. Why do you think such TV programming is critically needed today?

HC:  There is so much grim news in the media today. I want to provide a respite for TV audiences with positive, uplifting and inspiring entertainment.

MG:  How is your show unique?

HC:  I love to entertain people and to make them laugh. We each need to use our unique gifts to lift people up and to encourage them. I love what I do and love the people on my show.

MG:  What is your philosophy behind the show?

HC:  I want to show our audiences good values by example without preaching at them.

MG:  What do you hope your show will accomplish?

HC:  I hope it will bring assurance that there are a lot of good people in our world.

MG:  How do you hope your show will affect audiences?

HC:  I think people today are scared and divided. I want to provide a break from those feelings to celebrate faith, family and community that we all hold in common as being important. I want to celebrate with the people on my show and in my audiences what is good.

MG:  Do you think that a show like yours can positively impact our culture?

HC:  We all can strive to impact at least one other person for good and if we affect more that is even better. We need to start by using what we know for good and then let that increase.

MG:  How do you select the topics for your show?

HC:  Our producers find a wide and diverse range of people, especially underserved and underrecognized, for our show. One special group of ladies our producer selected was a group of African American women who came to the studio in their sweat suits. They were professional women who serve their community.

MG:  What is your criteria for selecting your guests?

HC:   I like to celebrate what I call “leading ladies.” I have been around women in my family all my life and like to recognize special women.

MG:  Can you give us an example of a “leading lady”?

HC:  I had a 13-year-old girl on my show who dedicates her life to providing groceries for people in need. She is a “leading lady.”

MG:  What are your parting words today?

HC:  It affects my entertainment. I am a Catholic who keeps learning, growing and practicing. I hope my sincere grappling and growing is inspiring to others.

Harry Connick Jr has demonstrated excellence in every aspect of his life. He has given outstanding performances live, as well as on small and large screens. He is an established musician, singer and composer, as well as a notable live performer and best-selling artist with millions of records sold around the world.

Not only is Harry an excellent musician and entertainer; but he is humble, real and honest. His love and care for others is contagious, along with his cheerful and joyful spirit.

Harry has performed on stage, on TV and in movies (most notably in the Moveiguide® Award winning “Dolphin Tale” movies, “My Dog Skip,” “The Iron Giant,” “Independence Day,” and “Memphis Belle”).

In addition to his myriad performances, Harry has been involved in many charitable endeavors, especially in helping New Orleans rebuild after the devastation of Hurricane Katrina. He and friend Branford Marsalis developed the “Musicians’ Village,” a community in the Upper Ninth Ward of New Orleans. It provides homes for Katrina-displaced musicians. Its focal point, the Ellis Marsalis Center for Music, is a teaching facility for children, with a performance hall and recording studio for musicians. It’s also a gathering place for the community. Harry’s contributions to the post-Katrina effort have been acknowledged by the following:  Redbook’s Strength and Spirit Award, an honorary degree from Tulane University, the 2010 National Building Museum honor, and the 2012 Jefferson Award for Public Service.

Viewers can find online how to watch “Harry” wherever they are. They can also see past episodes on You Tube with the following:  his family, Veterans, Tim Tebow and much more.