NFL Star Points to God in Possible Final Home Game of Career: ‘The Good Lord Has Blessed Me’ 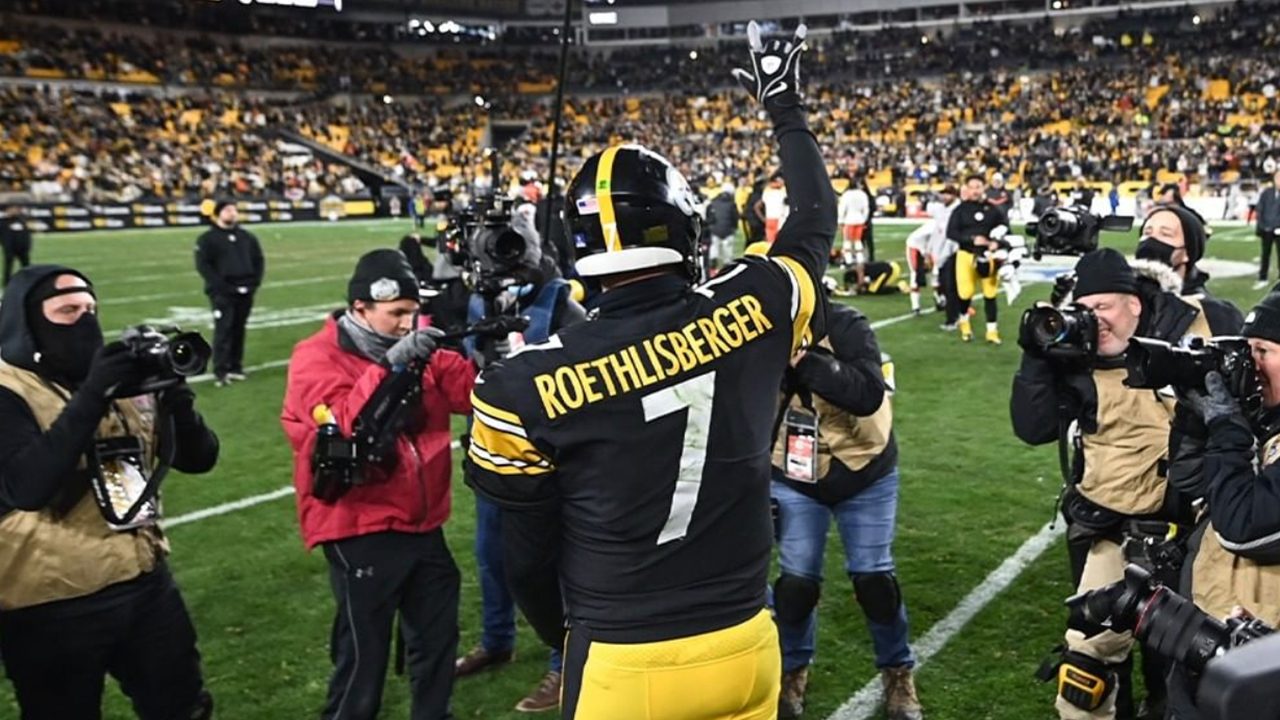 NFL Star Points to God in Possible Final Home Game of Career: ‘The Good Lord Has Blessed Me’

Steelers quarterback Ben Roethlisberger, known as “Big Ben” by fans, took an emotional victory lap after what could be the final home game of his career.

Roethlisberger thanked his family and fans and also pointed to God for his success over the past 18 seasons in the NFL.

“I’m just so thankful for the fans, my family, obviously,” he said after defeating the Cleveland Browns at Heinz Field. “The good Lord has blessed me in so many ways. We still got another game and I’ll be excited and ready to go for that, but this is just an awesome place.”

“The good Lord has blessed me in so many ways.”@steelers QB Ben Roethlisberger plays his final game in Pittsburgh. @_BigBen7 #steelers pic.twitter.com/yMdElnnq2l

While the 39-year-old leader of the Steelers has not yet confirmed his retirement after this season, Sports Spectrum reported that it is “imminent.”

The 26-14 victory over the Browns marks Roethlisberger’s 164th win with the Steelers, which adds to his record for the most wins with one team in NFL history.

Despite past addictions to alcohol and pornography, Roethlisberger is candid about his faith journey.

“You have to dedicate yourself and understand that you can get out of it because of the grace of God and him saying, ‘Listen, you’re good enough for me the way you are. You don’t have to be perfect,'” he added.

During the same ManUp Pittsburgh Conference, Roethlisberger revealed his motive for getting baptized again.

“Three years ago I got baptized,” Roethlisberger said. “I was baptized as a kid; my parents took me as a baby. But I didn’t make that decision. So three years ago now I made the decision to be baptized because I felt like I needed to do that. I wanted to have a closer walk, a better relationship with Jesus, with my wife, with my kids, with my family – become a better person.”