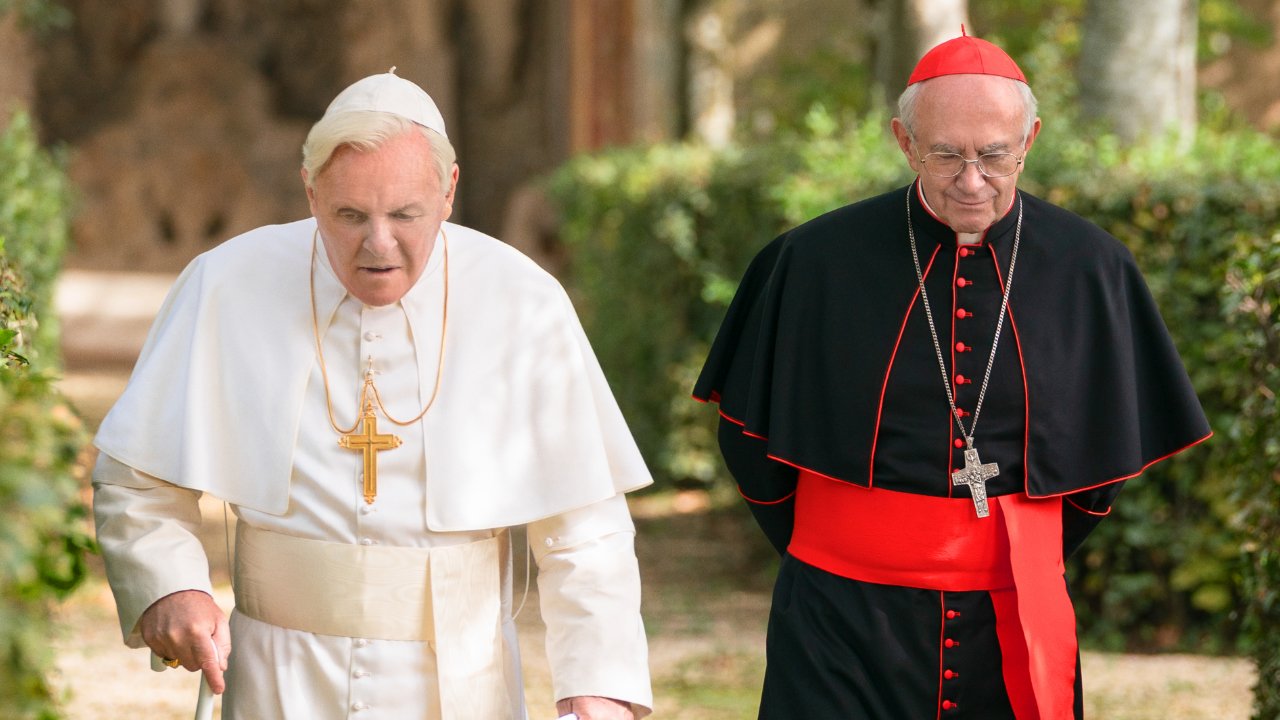 TWO POPES screenwriter Anthony McCarten wants to use his latest project to share that “mistakes don’t need to define us.”

TWO POPES centers on the true story of Pope Benedict and Pope Francis. The two men of faith come from different theological points of view during a transitional time in Catholic church history. However, Benedict is conservative while Francis is more theologically liberal. Benedict resigned in 2012, making way for Francis to take on the papacy.

“The movie is a story of coming to terms with the fact that we’re all flawed,” McCarten said. “But, that doesn’t need to be at the end of the story and that mistakes don’t need to define us.”

Yet, the two popes find solace in confessing their sins and their past mistakes to one another for healing as their leadership in the Catholic church changes.

“If you learn from mistakes, which make you a stronger person, you can even be of more service because you’re less judgmental. You’re less pious, and you’re more accepting of faults and better at understanding folks and other people,” McCarten said.

“I would even go so far as to say that it should be a true prerequisite of all leaders to think that they could be wrong and that they have made [and] that they’re capable of mistakes,” he continued.

For the Oscar®-nominated screenwriter, his words came to life with an incredible cast.

“This film has the kind of shape where these two men are like prize fighters exchanging blows in the first third of the movie,” McCarten said of Hopkins and Pyrce. “Then they get exhausted in there, punched out as it were.

“[Then] they were tied to an empty chamber and they just realized they need silence and they sit there side by side and that’s the beginning of the real conversation.”

McCarten said Hopkins and Pyrce add a real artistry to his text.

The screenwriter said it’s “hugely satisfying” to work with them.

TWO POPES is a little different than previous projects for McCarten. The value of silence so impacted McCarten that he said he may add more of it to his future projects.

He told Movieguide ®, “For someone who loves dialogue I’ve seen for the first time that the real value of silence creates space, and that deeper exchange can happen with rich noise.”