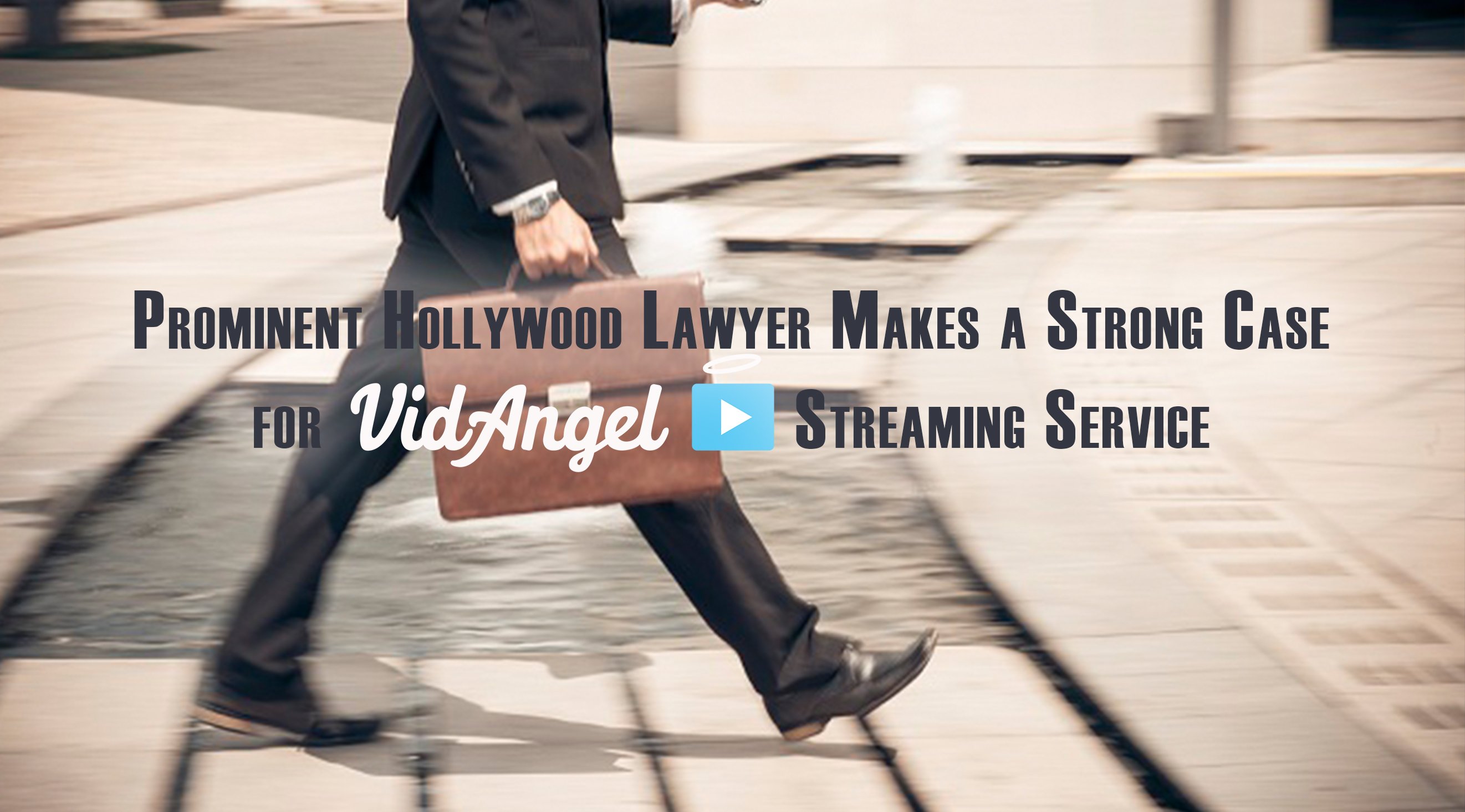 Popular streaming service VidAngel which services itself to families where they can rent movies with the explicit content edited out is fighting a lawsuit from multiple Hollywood studios. In response, VidAngel brought on veteran intellectual property lawyer, David Quinto, who is known for protecting the Academy Awards and representing the Producers Guild of America. Neal Harmon, CEO of VidAngel spoke of Quinto’s addition to their legal team saying, “David’s decision to join VidAngel as General Counsel represents the single most significant development in the case to date. Having successfully represented iconic Hollywood institutions…as well as clients dealing with cutting edge Internet legal issues, there is no one better suited to oversee our legal strategy… David wrote the original legal opinion upon which VidAngel’s business model is based, and today’s announcement demonstrates his full confidence that values consumers seeking to filter content will prevail in court.”

In an exclusive interview with Quinto, he revealed some details and history regarding the case, which holds major implications for many families trying to protect their children.

Q: What is the background of this case?

Mr. Quinto: In 2005, Congress passed an act to balance the interests of motion picture artists and consumers. The Family Entertainment and Copyright Act became law in 2005. The Act consists of two balanced parts: the Artist’s Rights and Theft Prevention Act of 2005, which increased penalties for copyright infringement, and the Family Home Movie Act of 2005, which authorized the development and use of technology to filter potentially offensive DVD and VOD content.

Q: What are some of the basic arguments Family Entertainment and Copyright Act of 2005 addressed?

Mr. Quinto: Major motion picture studios and the Directors Guild have argued that movies are works of art and that creators of art should have the right to control their art. Congress has clarified that their art is commercial art that it is commonly modified in various ways such as in cropping frames for TV or adjusting content for airplanes. Congress provided protection for studios such as in their limitations that consumers can’t make fixed copies of filtered works and can’t perform filtered work in theaters. Congress has provided protection for consumers such as by leaving the filter specification to the discretion of families while permitting private viewing.

Q: Does VidAngel work within the guidelines of The Family Entertainment and Copyright Act of 2005?

Mr. Quinto: VidAngel is doing exactly what this act requires. A third party can stream filtered movies but can’t make fixed or bootleg copies. VidAngel works within both the letter and intent of the law. Consumers lawfully purchase a DVD or Blu-Ray and then choose what they want filtered. VidAngel streams the content to them precisely as they have requested. The consumer makes no copy of filtered work.

Q: Does VidAngel serve the studios as well as consumers?

Mr. Quinto: From its inception to date approximately a third of VidAngel’s total revenue have gone to buying studio movie discs. VidAngel consumers are now watching movies from discs they would not otherwise buy. The art of the studios is preserved. Consumers can still purchase unfiltered versions of their art.

Q: Did Family Entertainment and Copyright Act of 2005 anticipate issues of decryption and encryption?

Mr. Quinto: The Family Movie Act of 2005 anticipated these issues. Congress knew that everything on a DVD would be decrypted, a copy would be made, and third party streaming would be involved. The act says nothing about licenses, decryption, or encryption.

Q: How does VidAngel handle decryption and encryption?

Mr. Quinto: To provide the service authorized by the Family Movie Act of 2005, VidAngel necessarily decrypt discs then make unencrypted copy, which is tagged for over 80 types of content. The consumer then purchases a physical disc in one on one transactions with VidAngel. Under the Family Movie Act, a service provider is not required to buy a license to stream content because consumers have purchased discs. The consumer should not be double charged, first to buy a disc and second to watch it.

Q: What are issues with studios over decryption?

Mr. Quinto: The studios want to make it unlawful for VidAngel to decrypt and make a copy of a disc, as is necessary to filter and stream content. If the studios succeed, Family Home Movie Act will be rendered largely meaningless.

Q: What is VidAngel’s response to the studio issues about decryption and copies?

Mr. Quinto: Under VidAngel’s service a family must lawfully own a disc and the filtering must be at the direction of the family without a permanent copy being made. That is all the statute requires and that is what VidAngel does. The studios want to read other requirements into the statute but that make no sense.

Q: In suing VidAngel, are the studios challenging Family Entertainment and Copyright Act of 2005?

Mr. Quinto: Yes, they are trying to nullify the most important part of Family Movie Act of 2005.

Q: Are studios seeking to prevent consumer filtering of their content?

Mr. Quinto: Yes, they want to have sole authority over adjustments of their content, and they don’t want families to watch unfiltered content at home.

Over the past three decades, David has successfully represented a broad range of prominent clients. Quinto is the co-author of the national practitioner’s guide to trade secret litigation, Trade Secrets: Law and Practice. He is also the author of Law of Internet Disputes.