Sir Sidney Poitier on His Conviction in Hollywood: ‘I Walked Away With My Self-Respect’ 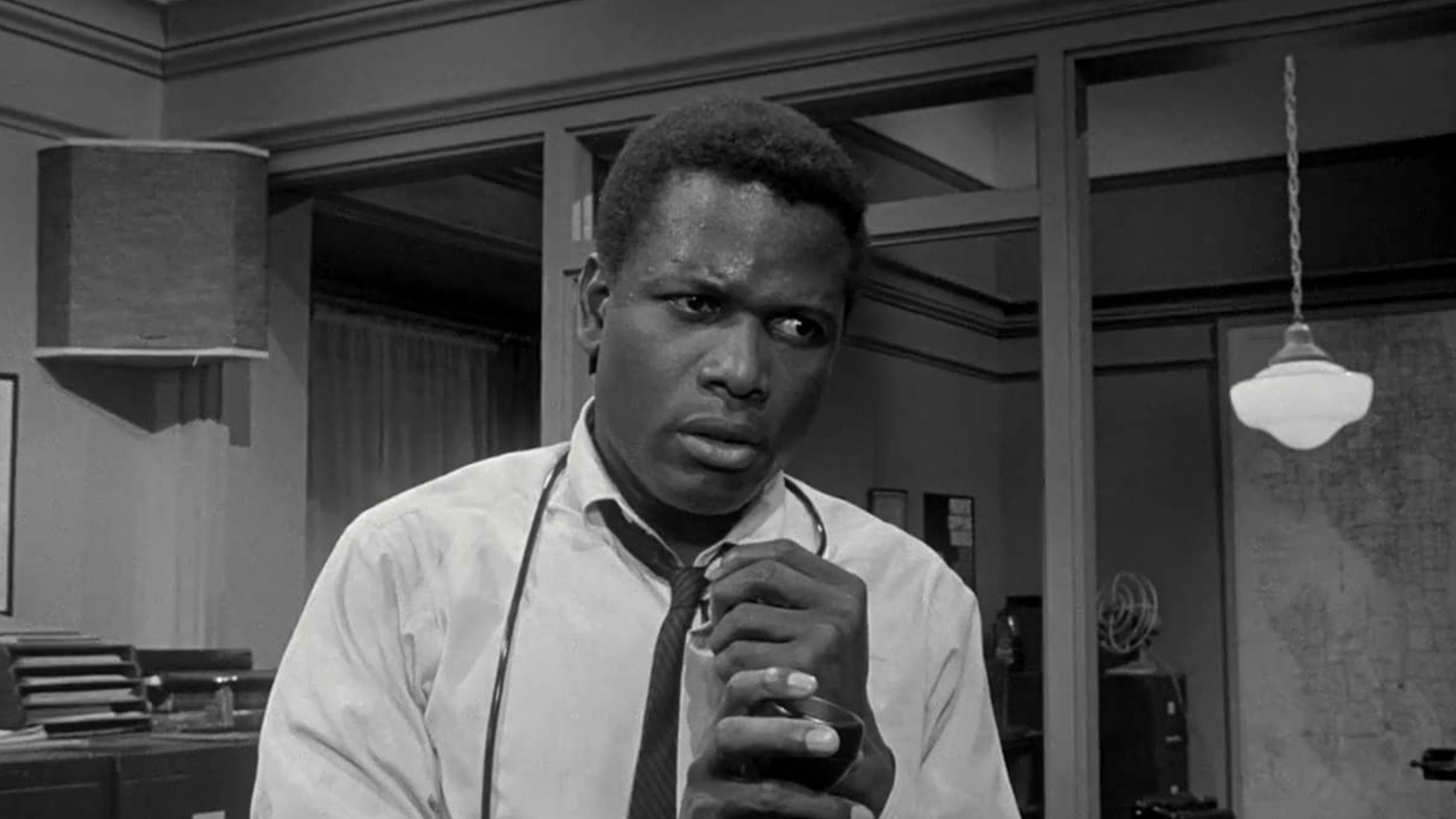 Sir Sidney Poitier on His Conviction in Hollywood: ‘I Walked Away With my Self-Respect’

In 1963, actor Sir Sidney Poitier won the Oscar for his leading role in LILIES OF THE FIELD. However, the actor’s career, which lasted over 50 years in Hollywood, was not always certain.

“When I left the Bahamas and came to New York City as a teenager, I had no plans to be an actor. I just kind of stumbled into it because I needed work and was leafing through the want ads in the Amsterdam News one day,” Poitier recalled in an article from 2001.

After Poitier tried out for the American Negro Theatre company, he received an understudy job. Poitier’s number was called, however, after the lead was absent.

“It just so happened that night a casting director was in the audience. He got me a part in a Broadway production of Lysistrata. The play ran only four days, and though the critics hated it, they liked me,” he said.

Poitier began to receive other offers for understudy jobs and even was cast in two movies. But as soon as his career seemed to be going somewhere, the offers stopped.

“I had married a beautiful girl named Juanita, little Beverly had come along and there was another baby on the way,” he wrote. “I’d made three thousand dollars from the movies, but I had sent that back home to my parents in the Bahamas. With no work coming in, we were up against it.”

Poitier joined a friend and opened a restaurant, Ribs in the Ruff, needing an immediate income.

“It was just another Harlem hole in the wall, eighty cents a meal, including side dishes,” he recalled. “My partner and I did everything. We cooked the ribs, made the potato salad and coleslaw, bussed tables and scrubbed the place down when we closed. Times were so tough right then I used to take milk home for the baby.”

After Poitier reached rock bottom, he received a call from a “big-time” agent, Marty Baum. Despite this opportunity, Poitier said that he did not like the script.

“I thought long and hard after reading the script. Here was a chance at a role that might pay good money. But something else, more important than money, stuck in my mind. Memories of growing up back on Cat Island,” he said. “It was a wonderful place to live. We were poor, so even as a child, I had my jobs, my purpose, and I knew I had to contribute to the thin margin of our survival. As soon as I was big enough to lift a bucket, I carried water for my mother. I went out into the woods to gather bramble to make our cooking fire.

“But I felt lucky. I knew how we’d all sit together on the porch at the end of each day, together, fanning smoke from the pot of burning green leaves to shoo away the mosquitoes and sand fleas. And every Sunday we would walk to the little Anglican church in Arthur’s Town to attend services,” he added. “Then we would walk home, all the kids with our shoes slung over our shoulders by the laces—not to be worn again for another week. Life was simple back then, and I was free to roam anywhere. I wasn’t a spoiled child, but I was bathed in love and attention.”

Poitier said that the passive character he was asked to play went against his life of hard work leading him to New York.

“That’s how I’d always looked at it. My work is who I am, and that work would never bring dishonor to my father’s name,” Poitier said. “So I knew I couldn’t take the role. The character simply failed to measure up. He didn’t fight for what mattered to him most. He allowed himself to be dishonored.”

But Poitier had to tell Marty Baum.

First thing the next day I went back to Marty Baum’s office.

“What do you mean?” he asked, irritated.

“I can’t really tell you,” I said. “But there’s something about it. I just don’t want to go into it.”

I thanked him and left. Then I went over to Fifty-seventh Street and Broadway, one flight up to a place called Household Finance Company, and I borrowed seventy-five dollars on the furniture in our apartment. Our second child was due soon, and I knew that was what the hospital was going to charge.

For six more months, Poitier continued to work at the restaurant until he received another call from Baum:

“I don’t have a job for you,” he said. “But I wanted to say something to you.” He stared for a moment before continuing. “I’ve never met anybody like you. That was a good part, and you turned it down.

“You haven’t done anything since, and it would have been $750 a week, which is a nice piece of change.”

He asked again why I hadn’t taken the part. All I could say was, “It’s the way I am.”

Marty Baum shook his head and said, “Anybody as crazy as you, I want to handle him.”

That’s how I landed with a big agent, and how my career got on solid footing.

Upon reflection, Poitier said that his decision to turn down a much-needed role came from his convictions.

“I walked away from $750 a week, but I also walked away with my self-respect,” he said. “If I had gone the other way, I might have ended up in a bright situation, but I know I would have felt something was missing. You see, I long ago learned that my work is me, and I try my hardest to take care of me, because I’m taking care of more than just the me one sees.”

He added: “I’m also taking care of Evelyn and Reggie, the parents God blessed me with back in a special place in the Bahamas named Cat Island.”