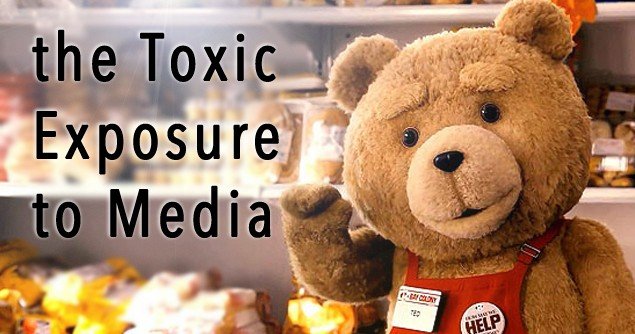 The rejection of and hostility toward biblical values by some, if not many, people in today’s world ensures that, for years to come, children will remain vulnerable to the extremely toxic content in some parts of the mass media of entertainment.

In fact, children are more and more at risk to confusion, depression, inappropriate behavior, and more due to a lack of understanding concerning what is healthy for children, given the nature of their cognitive development at different stages. Happily, however, there are user-friendly resources (like www.movieguide.org) that can carefully guide parents, guardians, and those in loco parentis through the morass of dangerous media content that can adversely affect children. Thus, careful research studies, parent guides and detailed media reviews that factor in child development and age-appropriateness are easily available online. Those who supervise children must take time to access information that will help them guide children under their supervision to develop healthfully through stages of development, especially with children’s easy access and exposure to detrimental, inappropriate media through an array of current technologies (cellphones, video games, computers, television, movies, and more).

There are dangerous consequences to children’s exposure to adult media, especially at inappropriate stages of their development. Many popular movies that are alluring to families due to their titles, posters, and other marketing elements, are totally inappropriate. A current particularly egregious example is TED 2. It may have a Teddy Bear on the movie’s poster, but it’s still a raunchy R “adult” movie that’s inappropriate for any moviegoer, much less children.

Also, many popular movies and television programs have elements of violence, language, and adult situations that are not appropriate for children. Children under 7 or 8 are especially at risk because in most cases they have not yet developed their own consciences and have difficulty discerning fantasy from reality. Further, research has provided evidence that over-exposure to television with children under 7 or 8 has been correlated to attention problems at age 7.

More and more children are at risk as their developing brains are over-exposed to too much adult content and technology on cellphones, video games, computers, television, and on theater screens. Research has correlated such overexposure to technologies to attention deficit, cognitive delays, impaired learning, increased impulsivity and decreased ability to self-regulate. (Small 2008, Pagini 2010).

Parents and guardians need to be more vigilant, knowledgeable, and careful today in their supervision of children as they guide them through various stages of development. They need to make sure that children are exposed to what is age-appropriate.

On June 29, MOVIEGUIDE® Publisher Dr. Ted Baehr was identified as one of America’s top Christian leaders, as “founder and publisher of the family-friendly Movieguide®” that provides excellent, detailed information about quality and acceptability of movies for all ages, especially for families with children and youths. Dr. Baehr, along with Elizabeth Shea Bolger, recently presented evidence that violence, sexual behavior and crude humor in children’s movies has been psychologically detrimental to children due to their desensitization to and imitation of these behaviors:

“The young audience viewing these movies is not able to properly discern and maturely process the adult content inserted. Instead, such exposure triggers the recognition memory, sensory memory, and mirror neuron system, resulting in both the acceptance and imitation of such behavior. . . . One of the most present elements of adult content in animated children’s films is crude humor. The dirty jokes, words, and actions of certain characters in these films make children more aware and comfortable with such humor and later mirror this type of behavior at school and at home.”

The research found that about 52 percent of kids have had trouble sleeping or eating after watching a scary movie or television program.

Aggression and violence are constantly in the media, and children are being exposed to it at alarming rates. Television exposure and total media exposure in adolescence are associated with increased odds of depressive symptoms in young adulthood, especially in young men. Research has provided evidence that exposure to violence can lead to anxiety and fear, acceptance of violence as an appropriate means of solving conflict, and desensitization. There is evidence that there are then resulting increases in aggression and decreases in kindness, caring, and giving.

Further, exposure to inappropriate sexual images can lead to early sexual experimentation that is dangerous for youth. Through a gradual desensitization process older children can become more and more involved in conversations about or experimentation with sex at a younger age. Research has provided evidence that children who watch feature films with sexual content have a tendency to start having sex at a younger age, have more casual sexual partners, and engage in unsafe sexual practices.

More and more children are left unsupervised and without appropriate boundaries for their own stable and healthful character development.

However, if parents, guardians and teachers take the time to research how to best guide children, there are valuable resources online to assist them in the healthy navigation of those in their care.

Please help MOVIEGUIDE® get the word out about the importance of protecting children from toxic exposure to bad media content.